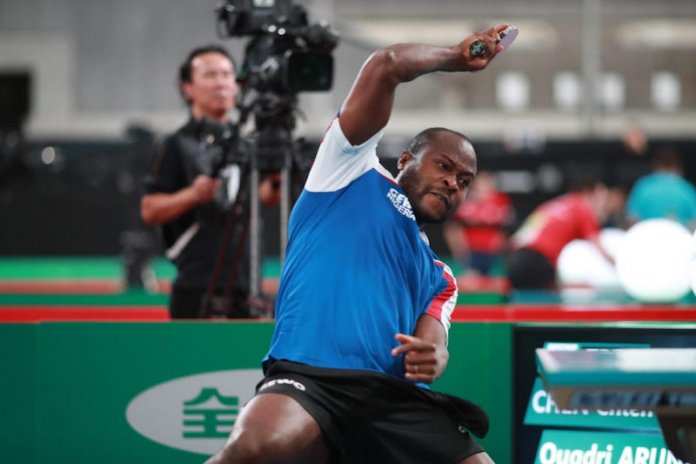 Defending champions and top seeds David Fayele and Bose Odusanya continued their dominance in the men and women singles after qualifying to the quarterfinal stage at the 51st Asoju Oba Molade Okoya-Thomas Cup holding at Teslim Balogun Stadium.

It was experience and her calmness that salvaged the match for Odusanya with 11-7 to record an overall 4-3 win.
Also former champion Tolu Durosimmi-Eti was tested but she came through against Aliat Adedeji.
An unseeded Adedeji overwhelmed Durosimmi-Eti in the first game with 11-1 win but the experienced Durosimmi-Eti worked her way with 9-11, 11-5, 11-4, 11-6 to record 4-1over her opponent.

Two former champions will clash in the semi-final as Odusanya takes on Durosimmi-Eti while Kehinde Oyeniyi slug it out with Anu Ajuwon.
The doubles events will start later today at the same venue.