The Academic Staff Union of Universities (ASUU) is set for a showdown with the federal government over the Integrated Payment and Personnel Information System (IPPIS) and has directed its branches to shun the enrolment into the scheme, which commences nationwide today at federal universities, THISDAY investigation has revealed.

The Office of the Accountant General of Federation (OAGF) had directed all staff of federal universities to come with their credentials to their various institutions between November 25 (today) and December 5 for enrolment into IPPIS.

The federal government has, however, threatened to stop salaries of workers not captured on the payment platform, designed to weed out ghost workers.

While the National Steering Committee of the Congress of University Academics (CONUA), a splinter group from ASUU, had directed its members to immediately begin enrolment in compliance with the federal government’s directive, ASUU had vowed to resist the scheme.

THISDAY gathered that after a protracted meeting of ASUU, which lasted throughout the weekend, the union resolved to mobilise its members for a strike should the federal government suspend their salaries for refusing to enrol into the scheme.

When contacted, the National President of the Academic Staff Union of Universities (ASUU), Prof. Biodun Ogunyemi, promised to brief THISDAY at the end of the marathon meeting but he could not do so as at the time of going to the press.

However, a source privy to the meeting told THISDAY that the national body was mobilising its members for a strike if the federal government suspends their salaries.

Also, the Sokoto Zonal Coordinator of ASUU, Mr. Jamilu Shehu, told THISDAY that if the federal government insists on stopping the salaries of the university lecturers for not joining IPPIS, the union’s policy of ‘No Pay No Work,’ will definitely be implemented.”

“ASUU is determined to oppose any policy that is aimed at thwarting the educational advancement of the country. If government insists on stopping the salaries of the university staff for not joining IPPIS, the union’s policy of No Pay No Work will definitely be implemented,” he said.

He added that IPPIS violates the provisions of the Establishment Act of all federal universities and the union viewed the claim by the OAGF that ASUU’s position against IPPIS was an endorsement of corruption as cheap blackmail and a calculated attempt to sabotage university autonomy.

“Taking the next line of action depends upon the stopping of our salary by the government,” he added.

The ASUU Chairman, Usman Danfodiyo University, Sokoto, Dr. Abubakar Sabo, also said the union had directed its members not to enroll in the IPPIS, adding that if the government compels them, they would know the next line of action to take.

The Chairman of University of Ilorin chapter, Prof. Moyosore Ajao, told THISDAY that the national body had directed its members not to enroll into the IPPIS as directed by the federal government.

When asked if the union would commence strike immediately, Salihu said: “Our national headquarters would deliberate on that so as to take the next line of action.”

Chairman of University of Ibadan chapter of the union, Prof. Deji Omole, also confirmed that the national body has directed the branch unions to boycott the government’s directive.

Omole said no ASUU member should appear before the Accountant General’s team until further directive of the union, noting that while ASUU supports the fight against corruption, it would resist attempt by the government to trample on university autonomy.

He stated that the union’s leadership was still in discussion with the federal government and helping it to develop more robust template, stating that Vice President Yemi Osinbajo, as an academic understands the peculiarities of the university system and had benefited immensely from the peculiarities.

He urged members of the union to remain steadfast and stand firm to protect public universities by not filling any form or submit their bio-data for enrolment into the IPPIS.

Also speaking on the issue, the Chairman of the University of Calabar branch of ASUU, Dr. John Edor, told THISDAY at the weekend that his members would abide by the directive given by its national secretariat that they should not be “forcibly migrated into the IPPIS without smoothing the rough edges of that system of payment.”

He said no member of ASUU would comply with the directives and that every member had been fully sensitised to ignore the proposed enrolment.

According to him, any action taken by lecturers in the University of Calabar under the umbrella of the union must be in tandem with the stance of the ASUU national leadership on IPPIS.

The chairman of Nnamdi Azikiwe University, Awka chapter of ASUU, Mr. Steve Ufoaroh, did not respond to text messages but the immediate past chairman of ASUU in the institution, Prof.  Dennis Aribodor, told THISDAY that the effort of the federal government to force them to enrol would come to naught.

The Chairman, University of Nigeria, Nsukka (UNN) chapter of the union, Dr. Christian Opata, accused the federal government of adopting dictatorial measures instead of engaging with the union and making efforts to meet their demands.

“Labour strictly has to do with engagement; you have to talk to those concerned and find out measures to adopt in addressing their grievances and not these dictatorial directives coming from the federal government, ” he said.

Opata said it was surprising that the OAGF would after calling for a negotiation between the federal government and the union, still go ahead to issue the IPPIS directive, maintaining that governments must meet the demands of the union or risk having a country with no university system again.

“If they want us to shut down the universities, we are ready. The only thing that will suffer is the future of our children and the future of education in the country, which we all have been making efforts to improve over the years.” he said.

He, however, noted that the various chapters of the union are still waiting for directives from the national level before taking any decision, adding that they do not care whenever the exercise is going to start.

“ASUU is meeting at the national level because of the issue. All branches will have to wait for directives from them and the whole truth about the situation is that whether the accountant general is issuing order or not, it is not before us,” he said. 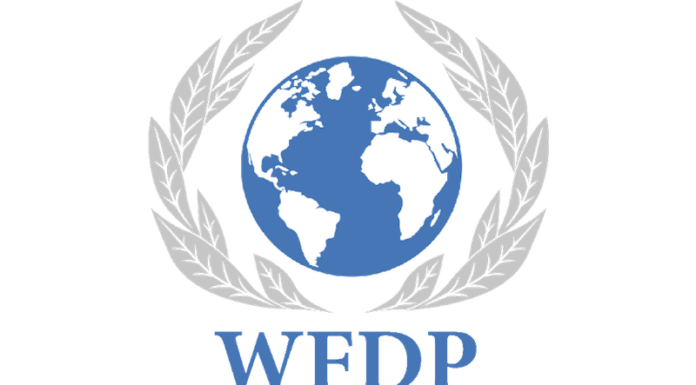