THE ALTERRNATIVE With Reno Omokri

I have been in Egypt for the past few days, investigating the origins of religion. I can’t say all I have found out. The last time I wrote what I found out in Israel, it was a shock to many. So, I will only give a diluted version.

First and foremost, there is nothing like Moses. That name was distorted by the Masonic European translators of Scripture. The original name is Mose. It is NOT a Hebrew or Jewish name. It is an ancient Egyptian name. Mose did indeed kill an Egyptian who maltreated a Hebrew slave. But, there was more to his leaving Egypt than that. There was a power struggle. Mose left Egypt (which in reality is called Kemet, from where we get Chemistry and Alchemy, because the ancient Egyptians were masters of magi, which means wisdom, but which has been twisted to the word magic, which is similar to witchcraft) and was married to an Ethiopian woman (Numbers 12:2). Do you know what Moses is called in Amharic (Ethiopia’s official language)? Mose. They kept his original name! The Hebrews/Israelites/Israelis, call him Moshe (till today), because of their problem pronouncing the letter S (please read Judges 12:6). The Arabs call him Musa.

Coincidentally (or not), ancient Egypt had a Pharaoh named Thut-Mose the First. Last year, I wrote an article ‘The Ijebu, the Yoruba and their influence on the Bible and Judaism’. Read it. Then Google and compare the image of Pharaoh Thut-Mose with that of the Ife Bronze image of an Ooni of Ife.

Do you know that the word Mose is actually a name in Edekiri (the original name for the Yoruba) language? Mose is short for Mosebolatan (which means ‘I thought my glory was finished’). It could be said that when Mose left Kemet, he thought his glory was finished!

Just as the Europeans come and take cocoa from Africa and refine it in Europe, only to sell it to us as chocolate, so have European Masons taken our pure and undefiled FAITH, refined it, and bamboozled us by selling us RELIGION. Mose existed. Christ existed and still exists (in heaven). He is the only way to God, who actually exists. But I encourage Africans, read the Scripture in the original language (Hebrew and Aramaic). It is possible. I do it. Apostle Suleman has read the entire Scripture in Hebrew and Aramaic, 34 times. Do it and you will never be the same.

The ‘Yoruba’ people are some of the most spiritual people on Earth, (if not the most spiritual bar none). Sadly, however, a lot of Yoruba people do not know that there is absolutely nothing like Yoruba as a people or as a language or a people. Yoruba is a modern creation, from a mispronounced Fulani word.

The term Yoruba did not exist before the 19th Century. Yoruba is just like the English language, which was created as a mishmash of several Germanic languages, including German, Danish and Dutch, when a mixed mash of Saxons came to Britain in the 4th Century and mixed in with the Angle tribe that was native to Britain. When Samuel Ajayi Crowther was captured by Fulani slave traders from his village of Osoogun in 1821 at the age of 12, he reported that he could neither speak nor understand the language of the villages they passed through on the way to Lagos. These were villages in present day Ogun and Oyo. Google it yourself. Don’t take my word for it.

At that time, there was Egba language, Ijebu, Owu, Awori, Ijesha, Ondo, etc. So how did Yoruba come about? When the Portuguese entered Eko and changed the name to Lagos, it became a big trading post and attracted a variety of Edekiri people (Edekiri is the actual name for the group of languages now referred to as Yoruba).

Gradually, they evolved a mixture of their various dialects and thus began the origins of the modern Yoruba language. As Lagos grew in importance under the British, so did the new language grow in vocabulary and spread. But if you understand the pure roots of Edekiri languages, you will be able to understand bits and pieces of almost all languages spoken from modern-day Kwara, to Kogi, to Edo, to parts of Delta, and to the Southwest states, and to Benin Republic.

Now, in my present pilgrimage to Egypt, a land that was known as Kemet by the original Black inhabitants who were pushed deeper into Africa by wave after wave of invaders, my Egyptologist guide kept on mentioning names that would sound familiar to anyone who is aware of the pure Edekiri language before it was diluted in Lagos. One of such names is Tiye, wife of Pharaoh Amenhotep III and daughter of Yuya and Tuya. Tiye was Black. This is undisputed in Egyptology. Her DNA was tested. But the interesting thing is that the root word of Tiye’s name and the name of her parents (Yuya and Tuya) is Iye or Iya, which is the pure Edekiri word for mother.

Do you still doubt me? Okay. Let’s go deeper. Tiye’s son, who succeeded his father as Pharaoh was Smenkhkare. Google it. That is a pure Edekiri name that is still being used as a name amongst the Edo of Benin. You have such similar names as Nosakhare, Nehikhare. Another of her son’s name, who also became Pharaoh, is Akenaten. This is also a root of Edekiri ‘s name that is still being used in Benin till this very day. In fact, the Binis had a king (Oba) named Oba Akenzua. You will also notice a strong similarity between the ancient Egyptians and the Edekiri people – they did not write their history in words. They carved it, in wood, stone, and metal, using symbols.

Now, let us talk about the pyramids of Egypt (which are in reality the Pyramids of Kemet). They were built 4600 years ago. By who? Google the Groundnut Pyramids of Nigeria. They were built entirely by native Hausa people. They were not built under the direction of the British. Native Hausas built them just like they once built the pyramids in Egypt. Do you know there are pyramids in Nigeria? Google the Nsude Pyramids. These are pyramids built by people of Igbo origin for their god, Ala. it is not known exactly when these pyramids were built, only that they are prehistoric.

Many Black Africans are surprised to learn that the Oba of Benin actually had a full scale pyramid in his palace before it was destroyed by the British, during their invasion of Benin empire in 1897. Why would the British destroy a pyramid? What quarrel did they have with it? I do not know. I can only theorise that they did it because it upset their version of history with regards to the ancient Egyptian pyramids.
Unfortunately for them, British missionaries took a picture of the pyramid before it was destroyed (please see attached). This picture is today in a Jos Museum. Now, I previously wrote that the biblical Moses is not named Moses, but in reality his name was Mose and that he was of Black origin. Recall that when the ancient Israelites were dying of snake bites in the wilderness, the Scriptural Moses made a bronze snake and put it up on a pole and anyone who looked at it was saved from death (see Numbers 21:9).

According to 2 Kings 18:4 identified the name of that snake as Nehushtan. That word Nehushtan is similar to the Bini word N’ehi, which means what destiny did. Could Moses’ snake be the snake of destiny? I ask, because on the Oba of Benin’s pyramid that was destroyed by the British, there is a coiled snake (Google the picture).

You will also notice that a coiled snake (cobra) is always found on the ceremonial headdress of ancient Egyptian Pharaoh’s.

The truth is that, had the British not destroyed the ancient Benin Kingdom, we may have been able to draw much more precise linkages between their civilisation and that of the Kemet of ancient Egypt.

I believe in the God of Abraham, Isaac and Jacob. I believe that Christ is the Way, the Truth and the Life. I believe in the Holy Spirit. However, let me state that modern European Christianity, as differentiated from the pure faith that Christ brought to Earth, has done so much damage to the psyche of the Black African. Not all of our ancient ways are evil. Some of them were and are more Godly than the so-called ‘Christian’ practices of the West.

I recall when I worked in the British Parliament and I met with the then Archbishop of Canterbury, Rowan Williams. This was in 2003. My father was visiting me from Nigeria. I was so excited after shaking the Archbishop, that I refuse to wash my hands and I rushed home to tell my father. I will NEVER forget what he told me. I am quoting him.

This is a man who always spoke impeccable Queen’s English (he was educated by the British). He shouted at me ‘go wash that your dirty hand. Archbishop when dey support gay priest Na that one be Archbishop’!

While many of the European missionaries, like Mary Slessor, and David Livingstone, were sincere, a lot of them were not. What they did was take advantage of Africans, who were sincere in their worship, and weaponized their zeal, while starving them of true knowledge. Let me assure you of one thing, if you read Scripture in its original language (not as hard as you think), your life will never be the same.

I am not Yoruba or Benin, for those who (typical of the Black man) will think I am promoting my own tribe. I just follow the truth wherever it may lead. If it leads to my worst enemy, I will follow it there. I will keep on researching and travelling, and when I die, God willing, my children will carry on where I stopped. 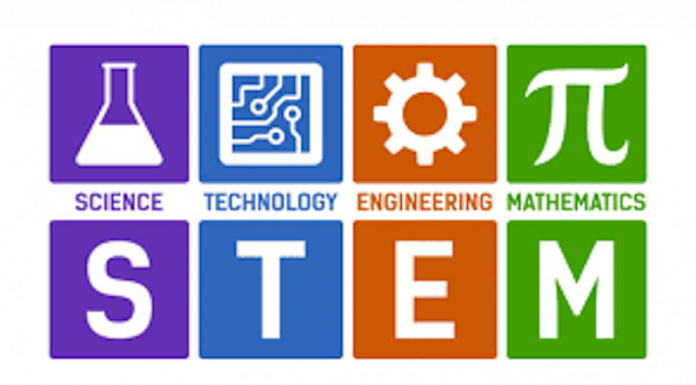