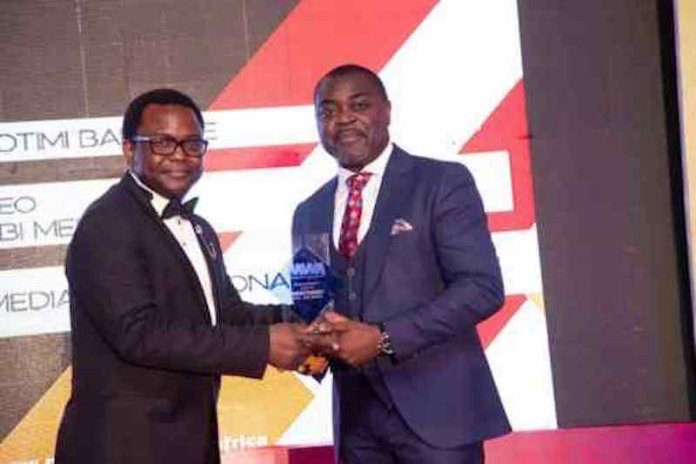 Nigeria’s torch was lighted brightly and held aloft majestically at the Marketing World Awards 2019 as SBI Media, one of Nigeria’s top seven largest media agencies; Streams Media and Communications Network, its subsidiary, and the media group’s Founder and Chief Executive Officer, Rotimi Bankole, one of Nigeria’s media and marketing communications eggheads, emerged winners in three different categories at the 9th edition of the awards which held recently in Accra, the capital city of the Republic of Ghana.

A press release made available to THISDAY stated that at the well-attended ceremony which held at Movenpick Ambassador Hotel in the heart of Accra had the erudite professional and his iconic agencies honoured with the awards among so much glitz and glamour.

As disclosed by organisers, while SBI Media and its subsidiary, Streams Media and Communications Network were rewarded and celebrated for delivering superior product values to the integrated marketing communications market and having exhibited excellence in upholding concrete marketing strategies, displaying uniqueness among offerings, conveying clear message to consumers and standing out from the competition; Bankole was rewarded for his doggedness and hard work in growing the SBI Media Group to an Olympian height within just a few years.

Commenting on the event, Bankole, the media advertising guru applauded the organisers of the MarketingWorld Awards for their consistency in identifying deserving brands, agencies, companies and personalities across Africa and according them the recognition, commendation and celebration that are due to them, adding that for them to have done so for nine long years, with consistent improvement and greater impact year on year is laudable.

While responding to exiting feat of his agencies and his own personality award, Bankole said, “On behalf of all the good people and team behind the SBI Media Group, we are elated to receive these tripartite awards.