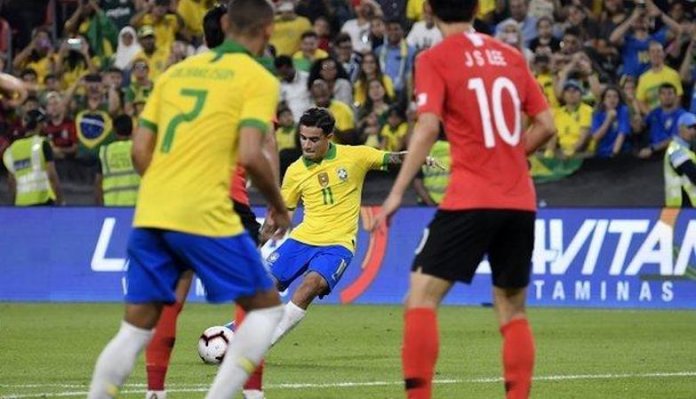 Brazil ended their five-game winless run with a comfortable victory over South Korea in Abu Dhabi.

Tite’s side, who lost to Argentina on Friday, had not recorded a win since lifting the Copa America in July.

Juventus full-back Danilo rounded off the scoring with a powerful drive from the edge of the penalty area.