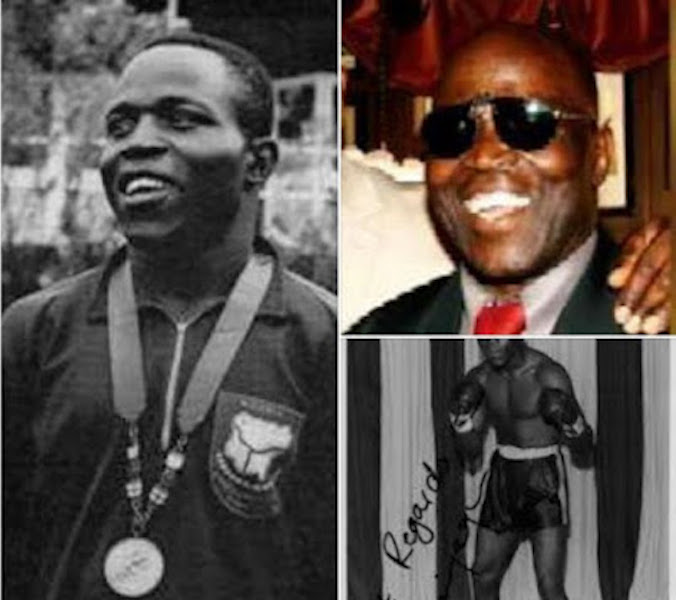 Nigeria’s first athlete to win an Olympic medal, Nojeem Maiyegun, will be honoured at the 24th edition of the KARIS Award scheduled to hold on Sunday 15th December 2019 in the main auditorium of the Household of God Church at Ikeja.

The KARIS Award was introduced by Rev Chris Okotie of the Household of God Church in 1996, in line with his philosophy that “greatness does not consist in being great, but in the ability to make others great.”

Maiyegun, won a bronze medal in the lightweight division of the boxing event at the 1964 Summer Olympics in Tokyo.

He also won a bronze medal two years later at the Commonwealth Games in Kingston, Jamaica,

Professor Emeritus, Chike Obi, the famous mathematician was the first winner of the award, while the first person from the sporting family to win was Hogan Bassey; he was named winner of the 3rd Karis Award in 1998.

Emmanuel Okala, MON, the former National Team, and Rangers International Football goalkeeper, became the second sports person to win the award when he was named winner in 2011. Maiyegun will become the third person from the sporting fraternity to be named winner.

The Karis Award is borne out of patriotism and the need to foster national unity and zeal, but it is without any religious, political, tribal, or social bias. It is a social/charity event to celebrate God’s grace, encourage patriotism and support the needy and the poor. The identities of the previous Karis Awardees, showing that Nigerians from different walks of life, different faiths, tribes, political leanings, geo-political zones and social backgrounds, have either been conferred with the Karis Award or have chaired or graced the events in the past, confirm this position.

The award ceremony itself will be a glitzy ceremony with different side attractions to entertain the guests.