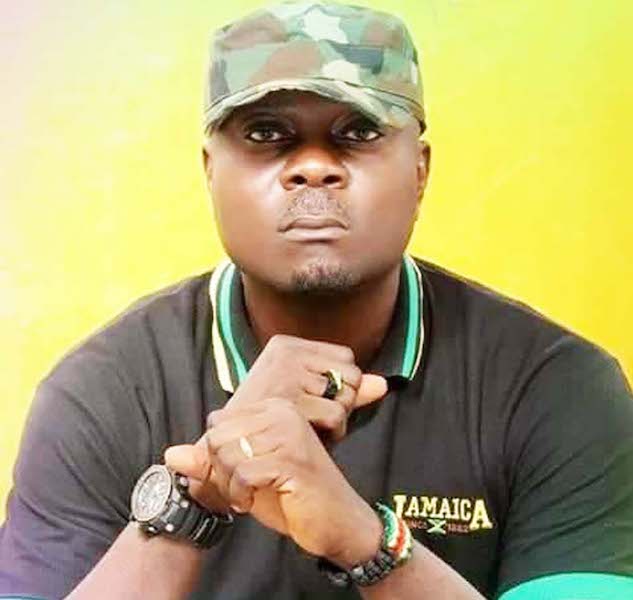 Musician/promoter, Christopher Ogosi, popularly known as General Kito recently had an album listening party to announce his EP titled, “Boogie.” The reggae dancehall singer ‘General Kito’, who is passionately into music as part occupation to his professional career as a sailor, was high in the mood entertaining guests. His record label, Kingston Records, on which the work was released, is known for nurturing grassroots talents and putting them on platforms that help showcase and push them to the frontiers of entertainment and beyond. The Jamaican-inspired music devotee spoke to Ferdinand Ekechukwu about the five tracks EP, his forthcoming projects and love for promoting music

It appears today is a big celebration for you. How are you feeling?

It’s a very big celebration. Yes for two years now I have been trying to come out with an album, finally I came out with the EP with five songs and I really thank God. It wasn’t easy. You know as a sailor, a professional sailor, I’m always busy. Going into the studio and writing songs has never been easy for me. But I thank God I came up this day me and my team we had to come out and say let’s bring out this EP titled, Boogie.

You said two years trying to put this together. Why?

Yes I have other engagements. And I have a job, a professional job I work with a multinational company. So, music is what I have been doing from the onset and it’s not something else, it’s a gift so I cannot let it die off. Always I close every day from work because I no longer go on sea. I close late every day before I get home, writing the songs, going into the studios weekend recording has been tedious for me.

So five tracks in the EP, what’s the plan for the album?

I have 14 songs for the album they are there already but stage after stage, the album is going to come out and the title of the album is Pond Yard.

Any plans for videos?

Yes. I have done two videos for the songs in the EP and the remaining three videos will be done before the album comes out.

Did it turn out to be what you actually envisaged putting this together or otherwise?

Like I told you, I work in a multinational company. So, men you see around are guys from the industry; they came out to support me. Even all of them are not here tonight but they promised me. Even some left because they have other engagements. But whatever I spend here, they have already paid for everything. Everything is done. So my own is just to let the world know that yes, music is not poor, music is rich and quite doing.

The last time you signed an artiste (UCEE) how is he doing?

The artiste UCEE like I told you the other time his album too is ready; his EP is ready which we are going to bring out in December. We are working on his video, even the songs are being played on the radio. So unlike me, age is not on my side because I’m not going to jump the way they are going to jump. So they are the one taking over me. So I just want to build them for the future.

How do you feel seeing this project come to life?

Yeah, I feel great. The reason I’m doing all these things is because I want my artistes to really learn a lot; let them take dressings from me. I use dressing because I was brought up with the military background. Let them learn and let them not be too optimistic that they going to achieve everything in one goal; let them labour hard; there is dignity in labour. Let them work hard. If I don’t do it this way, they will not come this way. So, that’s why I’m doing it this way and I want them to follow the way I’m doing it so that they will grow. My prayer is that they will grow higher than Kito.

Looking at you perform there’s this passion that goes beyond the fact that you work with a multinational; you performed like it’s what you do on daily basis. One looking at you will see that inner feelings of a true artiste entertainer. Where is that coming from?

You are very correct you know. Every artiste you see today, anyone you see doing music professionally and not doing any other thing, if you look at them, they bring out their zeal. If not for the fact that I work in a multinational company, music would have been my main stay. But I do it because that is my gift; that is what I was born into, that’s my calling. So even if I get older, I will still do music. Even my children are studying music also. So it’s in me, even if the energy is not there, the rhythm and melody will still come out.

How many of your children are following your footstep?

Yes my last child is really, really taking every step everything I take. She copies. There are some songs I have done she always mimes the songs and I feel she’s taken after me. She’s five she’s really, really doing well in music.

How long have you been into music . . . take me through your musical journey?

I have been doing music from the 90s but I started showcasing myself from the year 2000. I was with a group. Growing up in Ajegunle, my father was a military man so we never grew up from a particular place. We moved from barracks to barracks but we started our journey from the barracks in Ajegunle. From there, we moved to other parts of the country. While growing up, I had passion for music. So, I told my father that I really want to study music (he’s late now may his soul rest in peace) and he said ‘no, no, no you must go to school, anything you want to do will be after going to school.’ So I was discouraged while growing up. That’s why I never really went too deep into the music. I went to school, I went to Maritime Academy and did my first degree and I went to LAUTECH and I did my second degree. That’s how I started working from the same year 2000.

You did mention the group you started with. Tell us about that?

We were the AJ bombers. We ‘bombed’ them musically (laughs). So it’s General Kito alongside Sparko 90. We started when Ajegunle music was really hit. We did so many songs. Our first album came out; we tried but didn’t go a long way but from that day till now, people still recognised that lyrically I am good in the music. I went for military training, I went for paramilitary training. I don’t know if it’s because of my height. They always push me to the front as if I’m going for a war. So, they call me the general. The name General started from 1995 in military school. That’s where general came from. And the word Kito came from my name Christopher. I always visit Mandeville, Jamaica. My inspiration came from Jamaica. It’s just like my country home. That’s where the Kingston Record name came from. You know the Patois thing I studied Patois there and I have met so many superstars in Jamaica; the likes of Buju Banton, Bob Marley inspire me.