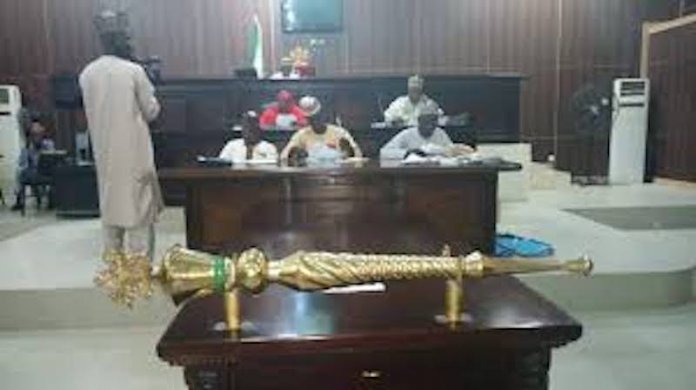 The Deputy Speaker of Gombe State House of Assembly Hon. Shuaibu Haruna, was yesterday sacked by the state assembly.

He was replaced by the member representing Kwami West, Hon. Sidi Buba.

It was gathered that 21 out of the 24-member House of Assembly supported the sack of the deputy Speaker.

It was gathered that his offence was that he is too loyal to the governor and had attended the swearing-in ceremony for commissioners in violation of the decision reached by the lawmakers to boycott all state functions of the executive.