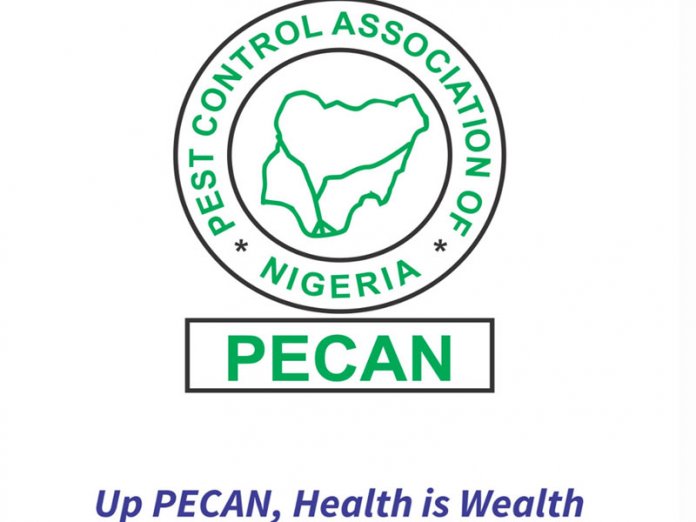 In commemoration of its 30th anniversary, the Pest Control Association of Nigeria (PECAN) will be creating awareness on the need to eradicate malaria parasites by keeping the surroundings clean and devoid of pests which he said are the major vectors that carry malaria parasite.
Speaking during a press briefing to announce the activities marking the association’s anniversary this year, the National President, PECAN, Mr. Kunle William, said the organisation will use the event as an avenue to sensitise the public and government on ways to control malaria through effective vector management.

He said: “Malaria is a big problem in the country. The reality is that Nigeria suffers the world’s greatest malaria burden with approximately 51 million cases.

PECAN is made up of professionals, individuals and businesses engaged in the practice of pest and vector control in Nigeria.
He said, “We in PECAN believe that the best way to go about this is to deal with the vector that carries the parasites and these are mosquitoes.
“We are poised to support and complement other initiatives, governments, NGOs and corporate organisations, by initiating a mosquito management programme in selected malaria endemic communities. This comprises “Indoor Residual Spray” (IRS) and Laviciding.

“We intend to go into the rural communities where there are lots of poverty and people who are not able to afford the daily insecticide or even malaria drugs.

“We believe that if there are no mosquitoes in the environments, you probably don’t need the insecticides and drugs. So, we want to attack malaria from the roots through mosquito control,” he said.
The anniversary celebration scheduled for 10am prompt on November 27, 2019 at the Providence Hotel Ikeja, is themed, “Malaria Control through Effective Vector Management”.
PECAN is a body of professionals in the business of v
ector managements, be it in the area of public health or agricultural pest control.
Members are spread over the nooks and crannies of Nigeria and they partner governments, both states and local governments, in the area of pest control. “We are actually the private sector practitioners in this filed”, William added.