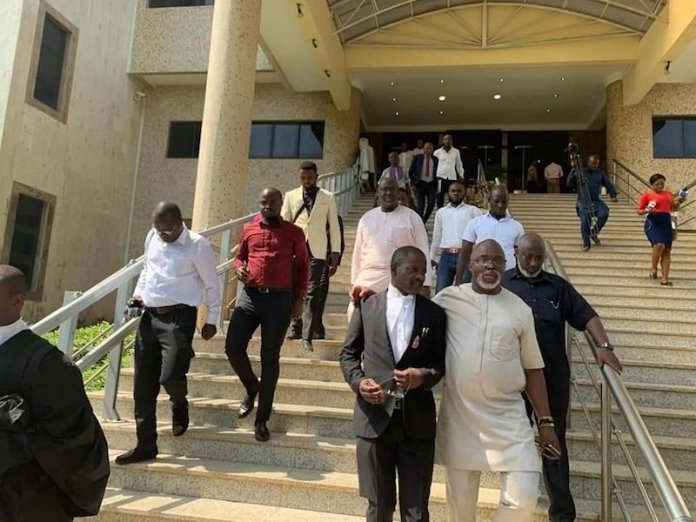 The chieftains of the Nigeria Football Federation, including its President, Mr. Amaju Melvin Pinnick were discharged and acquitted on all counts of alleged corruption charges in a case brought by the defunct Special Presidential Investigation Panel, (SPIP).

Speaking on the judgment, Egbe who is the Chief Executive Officer of Monimichelle said the development is victory for Nigerian football, even as he charged stakeholders to rally round Pinnick and his board in the interest of the country’s football.

“As I have always said, Nigerian interest should come first and not that of aggrieved individuals. With this court judgment, I think all the distractions should stop. We need to remain focused and plan how to move the game forward in our country. There is no progressive mind that should support this “Pull Them Down” thing.

“Nigeria is at the moment bidding to host the FIFA U-20 Women’s World Cup. If we don’t put our house in order, we won’t get the hosting right. With distractions, we can’t do well in international tournaments and the sponsors won’t be there to support the game.

“That our league don’t have a title sponsor today is a fallout of the distractions the NFF board is facing. Now that the court has cleared Amaju (Pinnick) and his team, I think enough is enough,” Egbe declared.

The youthful Bayelsa soccer buff who is in Germany attending a three-day seminar on stadium facilities said his company, Monimichelle would on its part continue to pursue its vision of making Nigerian stadium facilities, especially the turfs better.