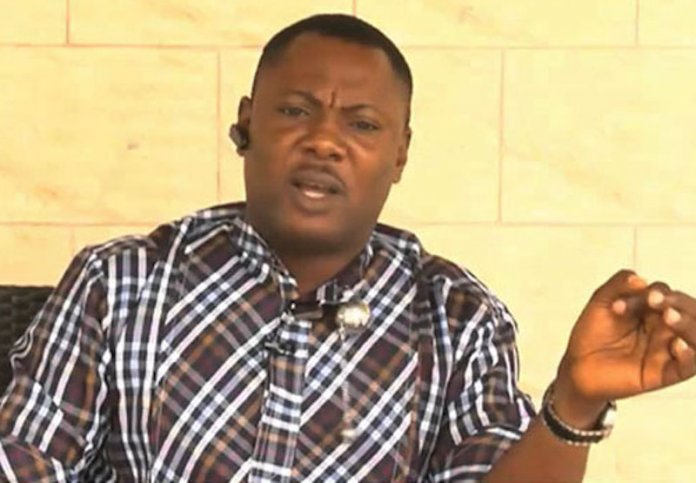 The Peoples Democratic Party (PDP) has called on Nigerians to ignore the wild allegations being peddled against the Governor of Bayelsa State, Mr. Seriake Dickson, by Yekini Nabena, Deputy National Publicity Secretary of the All Progressives Congress (APC).

Director of Media and Publicity of the PDP Bayelsa Campaign Organisation, Jonathan Obuebite, expressed shock at the statement by Nabena alleging that Dickson and his Deputy Chief of Staff were producing fake voter cards in Bayelsa ahead of the November 16 governorship election.

“While it would have been proper to, once again, ignore the hallucinations of Nabena, it is important to react in order to avoid falling into the trap of the popular axiom that when lies are repeated and are unchallenged, they seem to share a boundary with the truth,” he said.

The PDP noted that the APC Deputy Publicity Secretary was a victim of his own imagination which according to the party had pushed him into delusion.

“A responsible politician occupying the position of the Deputy National Publicity Secretary of the ruling party in possession of a genuine and grave information of such a magnitude should have alerted security agencies and the police to take prompt action in the interest of the general good rather than going to the media to scream inanities,” the PDP stressed.

According to Obuebite, Yekini, who is not known in his native Bayelsa State beyond the time he was a driver to a former PDP Chieftain, Chief George Fente, made yet another ludicrous attempt to cover up his status when he went to the media to announce that the governor was stockpiling arms.

He added, “Wild, imagined, and unsubstantiated allegations involving arms, funds, permanent voters cards have become the common features of the lies by APC Deputy National Publicity Secretary in the weeks immediately preceding the elections as shown by his rants before the last general election which his party lost.

“Nabena is a politician who is constantly being threatened by his unpopularity and political rejection in his home state.”

The party said that the PDP which has ruled Bayelsa since 1999 was aware of the importance of sustained electoral campaign for its desired victory and would not distracted by the APC’s swan song.

It called on Bayelsans and Nigerians to ignore Nabena’s allegations, which he described as the product of a mind troubled by the inevitability of an impending political defeat adding that the PDP did not need fake voter cards to win the next governorship election.

PDP called on security agencies to investigate Nabena and his party, the APC, which it said controls the Federal Government and awards the contract for the production of PVCs.