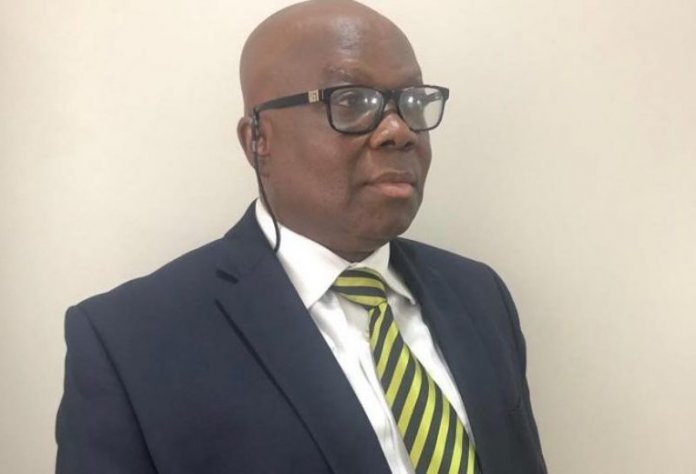 * Says debt has no visible impact on infrastructure devt

An international financial advisor and stockbroker, Mr. Akin Oladeji-Johnbrown has said Nigeria risks default perception with her revenue to debt service ratio currently standing at 60 percent, urging the federal government to improve on information flow on debt utilisation in the country.

Oladeji-Johnbrown, Chief Executive of Futures and Bonds Limited with offices in Nigeria, USA and Canada, also urged the federal government “to stop further borrowing as a matter of urgency or restructure the use of existing debt for other uses in favour of revenue-yielding infrastructure.”

He expressed concern about Nigeria’s debt service in relation to her total revenue in a statement he issued at the weekend, lamenting that the real trouble was that the debts had no visible impact on the country’s infrastructure development.

On these grounds, Oladeji-Johnbrown expressed grave concern about the country’s debt statistics and huge allocation in budgets for debt financing.

However, he clarified that there “is nothing unusual in debt financing by any nation. In fact, in theory, a little level of debt is required for enhancing corporate value.

“What is of concern is excessive debt. In Nigeria’s case, the statistics has shown that our debt service to revenue ratio is above 60 percent, which is exceedingly high. Such high ratio increases the country’s default risk perception.

“The ability to withstand revenue shock decreases with increasing debt level. As a mono-product economy, a significant fall in oil price may affect our ability to meet debt obligation and subsequent spiral effects.

“We are increasing our debt and debt mix, but what are we doing with it? Is it to service expenditures or what? There is no visible impact of these borrowings on infrastructure development. We still have a lot of abandoned projects here and there,” the financial advisor explained.

As a matter of public policy, he challenged the federal government “to attach debt issuance in a transparent way to enable the public know how the debt is being utilised. It appears the current system of debt utilisation is opaque to the generality of the people; hence, government must improve on information flow.”

With the current revenue-debt-service structure, Oladeji-Johnbrown urged the federal government “to stop further borrowing or restructure the use of existing debt for other uses. Our infrastructure borrowing should be directed to revenue-yielding assets rather than use same for social reasons.”

He observed that rail infrastructure “should be constructed where the country can move goods and services not where we can just move people around for social reasons.

“Furthermore, government should create enabling environment for private capital to flow into the economy without hindrances. Although government trumpets so much on ease of doing business, the reality is that the bureaucracy is not making it work as intended.

“In addition, small scale businesses should be encouraged, particularly from foreign investors. We should de-emphasise focusing on big players. Little foreign capital inflows will generate greater multiplier effects too.”

He faulted the decision of the federal government “to increase the Value Added Tax (VAT) from 5 percent to 7.5 percent. Such increase is a disincentive to manufacturing and indirectly a burden to the populace.”

In reality, according to him, there is no increase in wages if you consider inflation and devaluation in naira in the last couple of years.

He, therefore, recommended a return to the drawing board, urging each state “to constitute economic advisory team that will meet quarterly with counterparts in other states of the federation. All the states’ economic teams should meet biannually to share ideas for the development of the country.”

On whether the closure of Nigeria’s land borders can achieve government objectives, Oladeji-Johnbrown said: “This is sovereignty issue. Nigeria has the right to decide how she wants to deal with land borders with other nations.

“While current approach or method may be faulted, the truth is that it cannot be closed indefinitely. Although border closure is against the spirit of ECOWAS Treaty, Nigeria cannot continue to be a dumping ground for foreign goods or means of sabotaging government economic policy.

“We are all aware of illegal trade via smuggling of items that are inimical to the populace, not to mention the tax evasion associated with smuggling.”