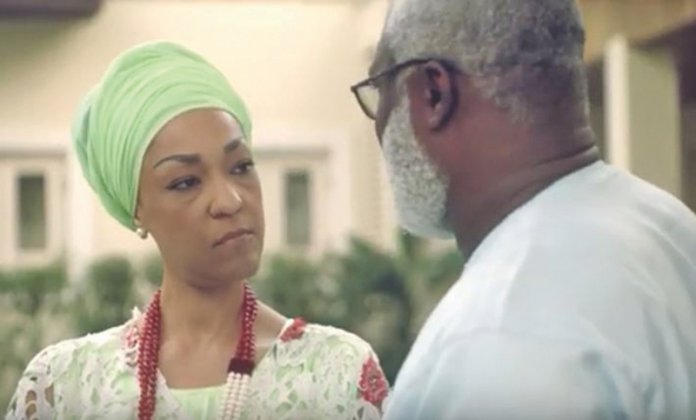 Riding on the crest of their box office successes, The Bling Lagosians and 93 Days are among a handful of Nollywood films on Netflix. These two movies by the Bolanle Austen-Peters Production are currently trending on the international streaming platform. Okechukwu Uwaezuoke reports

With their stunning box office successes duly acknowledged, the two Bolanle Austen-Peters (BAP) Productions films, The Bling Lagosians and 93 Days, have fittingly asserted themselves in the local aficionados’ consciousness. Take the former, which is the more recent of the two, for instance. Its recent theatrical run, stretching from Friday, June 28 to Friday, August 30, concluded on a cheery note. Flaunting a respectable total gross box office earning of N120,323,589.57, it claims the pride of place as the highest grossing Nollywood movie of 2019 so far.

Even before the import of this feat could sink in among the local film audiences, both films have upped the ante with their current listing as “popular and trending on Netflix”. Netflix had, indeed, started streaming The Bling Lagosians on Friday, October 11 and 93 Days on Friday, October 18. For Bolanle Austen-Peters, after whom the production company that made both films was named, this implies that “our movies are rivalling American movies…on an international platform.”

Yet, this would not be the first time the U. S.-based media-services provider and production company would add Nigerian movies to its list. Indeed, ever since its purchase of worldwide rights to Genevieve Nnaji’s Lionheart, a handful of other Nigerian movies have clawed their way into its line of sight. One of them was Kunle Afolayan’s The Figurine (Aromire), which had started streaming on the platform shortly before The Bling Lagosians.

For Nollywood, there has been a quantum leap in the quality of its recent productions. It has indeed moved on from being a playground for the celebration of mediocrity to embarking on ambitious movie projects. Because it takes much more than a good storyline and a big budget to make a successful film in this fast-improving industry, Austen-Peters did her homework very well before venturing into film-making.

In an industry crawling with acerbic critics and reeling with the evident infrastructure deficit, she heeded the advice to peg her production costs to realistic figures. Even so, it has been virtually impossible to recoup her production expenses. Her experience and understanding of the industry is captured in the story of The Bling Lagosians character Nnamdi (played by Alex Ekubo). “Movies and stage [productions] are my tools for social commentary and change, I hope,” she explained.
The BAP Productions films, both of which are high budget by Nigerian standards, owe their successes to not just to their quality production and strategic marketing, but also to the cast and sponsors’ involvement. This, at least, has been the story of The Bling Lagosians so far. As for 93 Days, it had the added advantage of featuring in five film festivals, which included the Toronto International Film Festival.

On their recent foray into the Netflix platform, Austen-Peters believes that it would not only impact on the local film industry’s visibility, but also attract more investments into the space, thus creating more jobs. Meanwhile, the films have so far been well received in the diaspora, where they enjoy a large viewership. “In fact, it’s the diaspora crowd that constitute the viewers in Netflix so far,” she noted.

The Bling Lagosians, which heralds of Austen-Peters’ directorial first step, is a hilarious story of the Holloways, a highly influential Lagos family. Through them, the viewers get to acquaint themselves with the underbelly of the Lagos high society and guffaw at their comical attempt to keep up appearances. Haunted by the spectre of his collapsing business empire, the protagonist Akin Holloway (Gbenga Titiloye) clings tenaciously to his fake lifestyle, which sharply contrasts with his prevailing economic realities. He hopes to avoid the banks’ impending foreclosure of St. Ives Towers, which owes billions in unpaid debts. Propping up the his family’s standing in Lagos social circles becomes a do-or-die affair. Ditto the legacy established by his father who bequeathed the mighty firm to him.

Likewise, his wife, Mopelola Holloway (Elvina Ibru), is intent on holding her planned pretentious 51st birthday party. A series of events she lines up in anticipation of the party unleashes far-from-pleasant repercussions for the Holloways. Indeed, the buzz about her planned party sounds the death knell for St. Ives, which the Asset Management Corporation forecloses on. Of course, there are other contributing factors such as the death of Baba Eko, Akin Holloway’s godfather.

As for his first daughter, Demidun Tade-Smith (Osas Ighodaro), her marriage to the pilot George (Jimmy Odukoya) is passing through a turbulence that threatens to overwhelm them. Ironically, she teaches a business strategy based on the concept of marriage. But then, her marriage is a poor testimonial for her work. This is especially with her discovery of her husband’s marital infidelity, which she would do anything to stop.

The family’s only breath of fresh air, his second daughter Tokunbo (Sharon Ooja) offers the only islet of coherence and stability amidst this chaos. A screenwriter, she is hired by an Asaba filmmaker, Nnamdi (Alex Ekubor), to develop a movie concept for his theatrical debut. A lot depends on her pitch, which she hopes will attract some funds from Nnamdi’s investors.

With a cast list that also includes names like Monalisa Chinda Coker, Bisola Aiyola, Bamike Olawunmi (a. k. a. Bambam in Big Brother Niger 3), Denola Grey, Jide Kosoko, Helen Paul, Toyin Abraham, and Tana Adelana, the film is one of the many that has helped change the narrative of the local film industry.
The other feature film, 93 Days, is based on a true story of how Nigeria successfully contained the Ebola virus. The 2016 drama thriller film was directed and co-produced by Steve Gukas. Its other producers are Dotun Olakunri, Pemon Rami and Bolanle Austen-Peters.

Basically, it is the story of the health workers at the Lagos-based First Consultant Hospital. It was here that the first Ebola patient, the American-Liberian Patrick Sawyer, was being treated before he died. The movie is indeed not only a celebration of the heroism of these selfless medics, but also of a significant period in Nigeria’s recent history. Out of the 20 identified cases of the dreaded disease in Nigeria, eight fatalities were reported. And out of the eight, four were staff members of the hospital.

It is mainly to the credit of these professionals that Nigeria’s “spectacular success story” in containing the virus was announced by the World Health Organisation on October 20, 2014 before an astonished global audience.
Really, 93 Days is devoid of those irksome technical errors that plague most Nollywood films. The delivery of actors like Danny Glover (as Dr Benjamin Ohiaeri), Bimbo Akintola (as Dr Stella Ameyo Adadevoh), Keppy Ekpenyong (as Patrick Sawyer)and Alastair Mackenzie (as Dr David Brett-Major) is as convincing as it is riveting.
So, for the local film industry, hope glimmers in the horizon as more high quality productions continue to rub shoulders with Hollywood films at the cinemas nationwide and on Netflix.

Tips On Getting Children To Wear Shades