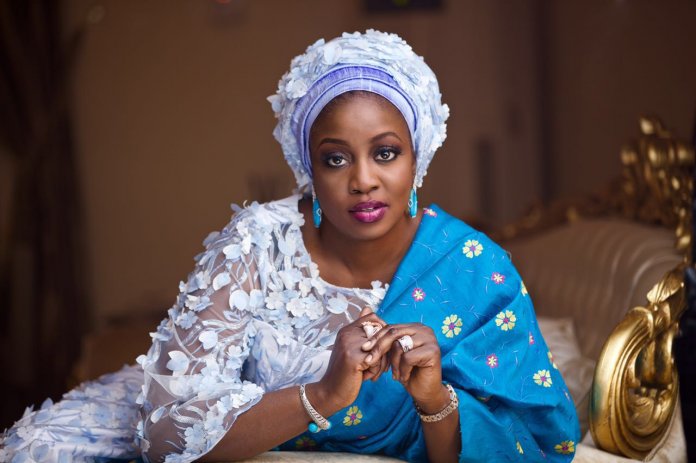 The work of an artist is one of careful proficiency and a ridiculous dosage of inventive flair. There are generally two ingredients for outstanding feats: an already-made subject and an excellent frame. The artist then needs only apply the brush to canvas, capture what even the blind can see, and there’s a Mona Lisa staring at you from a half-hooded canvas. The distinguished Hajia Maryam Mario Aminu Tambuwal and her budding legacy is a fitting frame.

It isn’t out of the ordinary to have a privileged and illustrious individual dedicate their resources to the betterment of their subjects. You might say that that is the whole point of their being privileged, so why distinguish the ordinary? Easy answer there: because compassion is an ancient coin rarely in circulation.

Hajia Maryam Mario Aminu Tambuwal has more than just a notable name. She is a graceful beau with brain, bark, and booty. Which is just another way of saying that the lady is wise beyond years, daring beyond her wisdom, and wealthy enough to hold her own. Recently though, her personal oeuvre is gradually eclipsing her status as the First Lady of Sokoto State.

Since 2016, Hajia Mairo has dedicated her time, resources and energy to match the ideals of Utopia with the rowdy, dust-ridden plains of the half-Saharan state, Sokoto. In this, the Lady has singled out those whom the society deems unworthy, unprivileged and unprofitable. Her foundation, the Maryam Mustafa Aminu Waziri Tambuwal (MMAWT) Legacy initiative has equally singled her out as a compassionate Sultana and a darling of her people.

By no means, an assembly of the hopelessly destitute, the targets of MMAWT have grown in scope over the years to include the archetypal girl-child, widows, juvenile delinquents, prison inmates, orphans, the sick, and the least privileged. In fact, since its inception, MMAWT has diagnosed and taken care of over 200 patients of sickle cells across Sokoto State, not including free eye surgeries that have been conducted by surgeons from the Netherlands, United States, and Sri Lanka.

From health, nutrition, education, water, sanitation, and hygiene, you name it, Hajia Mario’s Initiative is almost on equal footing with the greatest contributions of UNICEF, MSF and a few other NGOs, which has probably led to joint-partnerships spanning countries, continents, and sectors of human life.
Onwards and upwards, Hajia Tambuwal is gradually humanizing the stoic countenance of Nigerian governance, and what a sight for sore eyes!