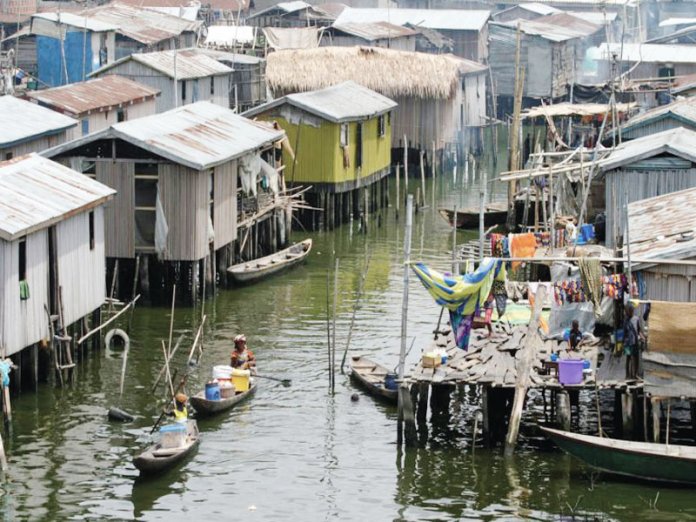 A report by United Nations Children Educational Fund (UNICEF) noted that Nigeria has about 10.5 million children that are out of school even though primary education is officially free and compulsory. Only 61 per cent of children 6-11 year-olds regularly attend primary school and only 35.6 percent of children aged 36-59 months receive early childhood education, according to the report.
Gender, geography, economic barriers, socio-cultural norms, poverty, and practices that discourage attendance in formal education and child labour have been identified as factors hindering education at the basic level, and this has led to marginalisation and deprivation, for many.

Education has been identified as the bedrock of development for any society, therefore achieving the Sustainable Development Goal (SDG) four by 2030; means that programme that advocate for education should be prioritized and targeted at the children who are least likely to get education. This means that all children would access and complete quality education, within a safe environment, gaining skills and knowledge for lifelong learning.

Slum2School Africa is a volunteer-driven developmental organisation with a vision to transform society by empowering disadvantaged children to realise their full potential.

Founded in 2012, the non-governmental organisation (NGO) recognised that there are severe shortcomings in the educational sector in Africa and therefore seeks to improve the lives of children.

Slum2school provides educational scholarships, create learning spaces and provide other psychosocial support for disadvantaged and vulnerable children in slums and indigent communities, in order to increase demand for education, humanitarian assistance, including through ensuring that educational systems at states within the primary school has strengthened capabilities to deliver quality education.

In a bid to transform the society and empower every child to realise his or her potential, Slum2school has been able to harness resources towards bridging the enrolment gap into schools between orphans/vulnerable out-of-school children, through the provision of educational scholarships and other psycho-social support programmes.

Over the years, the NGO has reached out to over 25,000 children with several intervention initiatives, with over 6000 volunteering base with 1,520,000 hours to 11 communities since inception in 2012.

Educational Development Center
The newly built Educational Development Centre (EDC) project located in Adekunle Primary School, Makoko, is a community/private intervention initiative that has led parents and community to have improved knowledge and commitment to enrolling children at the right age in quality learning. Makoko a community filled with children in humanitarian situations. The community has timely and sustained access to quality education with the community fully integrated into the project by deliberately enrolling and assisting in the data gathering process of the initiative.

The project which includes rehabilitation and upgrading of classrooms with full functional educational tools to enhance learning for the children was built with the view to change the narrative in some many public schools across the States. Through the project, 1487 school bags with relevant materials were distributed.

He called for concerted efforts to address the challenges facing education sector, adding that it takes a community to build to a country.

According to him, “We are also working with government to see how we can to make teaching more exciting and to ensure that teachers get well recognised and inspired to teach and not just make them the last option when you do not have other opportunities.

“Primarily at Slum2School, we are a group of young people, who are not interested in criticising or talking about government, but to see how we can actually work with the realities we see in our society in solving this problem.

“But beyond solving it, we want to inspire millions of other young people to go ahead into their own communities to solve social problems. We focus in education and our primary goal is to see how we can reform the education sector and the crisis in it.

“And we work with government and ways we want to adopt and reform public primary school to model primary school; not just in Lagos but in different part of the country we are in Borno, Abuja, Port-Harcourt, Ibadan and several other villages.”

On her part, the Lagos State Commissioner of Education, Mrs. Folashade Adefisayo, expressed satisfaction at the three newly-build centers at the primary school, “I am a bit short of words with the project because it is impactful and sustainable and is a typical of what a model primary school should be.”

She explained that as part of commitment to address the problems of Out-School-Children in the state, the state government has started a process to solve some of the issues affecting learning activities across in most of the public schools, “with the recent determination of the State Governor, Mr. Babajide Sanwo-Olu, to employ more teachers into the ministry would further boast the sector.”
Adefisayo further revealed the commitment of the state government to embark on repairing of many schools that are in bad shape within a couple of weeks.

According to her, “We started with infrastructure, repairing and we just want the rains stop a bit; even if it does not stop, we will start and we are going to transform teaching and learning across our school. We have already started working on it and are going to integrate technology it will be a great project, the details I will not let out and by second term we are going to start that.

“We are going to employ more teachers, the governor noted that 10,000 to 15,000 will be employed and spread across our schools, because there is a dearth of teachers and we would employ more teachers I think those are the major things. We are going to start to invest more into in our schools
“However she reiterated that the number of out of school children in the state is one of the first things that needs to be established in terms of figure; how many children are out of school, and the location of these children to enable the design of appropriate programme.”
The children expressed the impact of education and its significance to their lives, after a drama displayed by beneficiaries of the Slum2School Africa to teach the significance of behavioural change added to educational certificates.

Notable among them is the innovation hub, where previous beneficiaries were made to produce school uniforms for the newly enrolled pupils as part of exposing them to entrepreneurship.

“Education has helped me to become a reformer, solution provider in my community and the society as a whole; education has prompted me to know how to set my goals and plan to achieve them; education has impacted my thinking process, I can think accurately and write accurately.

“Education has set me apart from my parents and the rest of the community; education has made me to adopt a proactive lifestyle in my environment; it has made me role model to my family and community,” they stated one after the other.

Community-Private-Public Initiative
The launch also witnessed the present of the Executive Chairman, Lagos State Basic Education Board, who was represented by Mr. Dayo Isreal, who described the project as laudable and commendable.
He, however, called on the public to support the state government, to ensure that the vision and mission of the board on basic education in ensuring that no child is left behind in teaching and learning process in the state.

“It is a great to be part of this programme which is targeted at moving basic education forward in the state, the record of your past achievements tilts towards achieving the goals of the state governor, Mr. Babajide Sanwo-Olu’s agenda in the education sector.

“The board is aware that slum2school has undertaken several projects in this community in the past and that you are still working in the community in line with your vision to ensure that every child irrespective of their background is given the best of education which is in line with the SUBEB’s new mantra, La SUBEB, leave no child behind,” he said.

Explaining further, the Board Chairman, Slum2School Africa, Mrs. Alero Otobo, said if organisations key into what have has been done today in their own ways, through advocacy, collaboration, care and teamwork more schools would be reached.

“They stay with them and have a mentoring relationship; they pay attention to their health, character development and so what they are building is a total child not just one that goes into school and learns literacy and numeracy.”