The announcement last week by President Muhammadu Buhari that he would institute a forensic audit of the Niger Delta Development Commission (NDDC) was a welcome development. Indeed, few, besides the very people that have raped the Niger Delta region would argue against that move.

For long, the NDDC which was set up to develop the Niger Delta region from the generation of ideas to implementation of same, perennially seems to be in the news for the wrong reasons – scandals.

In recent weeks, there was an allegation of an attempt to illegally recruit some 300 staff by the interim management, without any board approval.

Then, there was the report of the contract for the clearance of water weeds allegedly valued to be N1.9bn or N2.5bn or N65bn, according to different sources. The Senate got outraged and opened an investigation which is still on.

President Buhari seemed to have got tired of it all and last week announced that a forensic audit would be carried out on the activities of the NDDC since it was established in 2000. He said what is on ground doesn’t justify the amount spent by the commission. He told visiting governors of the NDDC states that Nigerians had to see the structures that the commission put on ground with its huge funds, and be assured of the quality of its consultants. Very few people will argue with that.

While President Buhari is doing what no other president has done, by auditing the NDDC, he must share some of the blame for what the under-performing commission has become. He had relieved the former board of the commission which had served since October 2016 till January this year (short of its statutory tenor of four years), but had failed to put in place a substantive board. He had an interim management in place since January, till August when he forwarded the details of a proposed new board to the Senate for ratification.

The Senate which was on break was expected to ratify the proposed board upon resumption in September. But it is yet to do this by the third trimester of October. And it is no coincidence the rapidity of scandalous incidents being perpetrated by the out-going interim board. The members are on their way out and want to grab as much of the commonwealth for themselves as possible.

It would therefore be wrong for the president to allow these desperate members of the interim management to remain on seat while the forensic audit is done. Their manifest inclination would be to scuttle and lay waste such an inquest that would examine their tenor among others. It would be a waste of public funds.

For once, the president should pressure the Senate to ratify the proposed new board of the NDDC as a matter of urgent national importance so that this new board which has no baggage (yet, one may say) would oversee this all-important accountability function that had been ignored. The president, I suppose, has sufficient trust in these people to have proposed them to the board. Let the oversight of this forensic audit be their first test, providing the books that those being probed might want to keep away. That’s the only way the exercise can make sense.

Besides the nation getting value for money, the NDDC is all about the lives and wellbeing of the Niger Delta people which are very important. It has been demonstrated to even those for whom exploitation is fair game that the peoples of this region have taken as far as they can, and can upset the nation’s applecart. Besides pecuniary interest, part of what makes us human is the ability to feel for the other.

My interaction with the Niger Delta states, until recently, had been limited to visits to their state capitals mainly. Hardly had I gone into the hinterlands from which on-shore crude oil and gas are generated.

I must say that what I heard and saw from the media were depressing. Nigeria and its client crude oil companies have been very inconsiderate to the people from whose immediate ecology this lifeblood of the nation flows. These oil producing states – Abia, Akwa-Ibom, Bayelsa, Cross River, Delta, Edo, Imo, Ondo and Rivers States – had over the years borne the weight of the nation at a great cost. I reached this conclusion from a distance, but it didn’t quite prepare me for what I experienced when I got closer.

It took a trip last year to Abbi in Ndokwa-West Local Government of Delta State to expose me to the reality of the Niger Delta people. My first worry was that I had to take a commercial motorbike from Kwale, the local government headquarters, for about an hour to access this town.

The road connecting Kwale and Abbi had just been done by the Niger Delta Development Commission (NDDC), but commercial vehicle traffic was yet to return, leading me to think the road must have been un-motorable for a long time. Abbi turned out a ghost town! I saw the old glory of the town, depicted by historic buildings, but there were no new developments. The town had no roads. I saw no presence of government. The two landmarks – the general hospital and the Catholic Church – were built with personal funds by a son of the land that grew very prominent in the oil industry, I was told. There was absolutely nothing to show for the oil that the place puts into the tanks of Nigeria.

I thought I had it all figured out, till afternoon. Sitting with others in the courtyard past noon, I began to feel very hot. I thought I had become sick. Then one of us more familiar with the area told us it was as a result of the heat generated by the nearby oil fields that flared gas 24 hours every day!

Then it dawned on me why my friend won’t go to his village for years except if he was forced to. I contrasted Abbi with my village in Anambra to which I run at every opportunity – a place which remains cool throughout the day and where I could hear myself think. That was my moment of realization of the burden that the Niger Delta states bear for the rest of the country. I was made to understand that Abbi was far better than other small towns and villages throughout the region.

Then I asked where the NNDC was and what it had been doing. If Abbi, with dozens of prominent sons occupying senior engineering positions in the oil industry was just being touched by an inter-connecting road, then it would take centuries for the commission to touch less-endowed villages and hamlets in the region. The Niger Delta residents are cynical about the NNDC and say they hear of it more in the media than feel its impact on their lives. For how long will this continue, I ask myself?

After decades of denial of the peculiar burden the oil states bear for Nigeria and the application of token palliatives, the nation finally owned up to the debt it owed these people and the need to make their lives worth living. In 1992, the military government set up the Oil Minerals Producing Areas Development Commission (OMPADEC) as a vehicle for remediation and development in the area.

Eight years later, by Act 6 of 2000, the federal government set up the NDDC to replace OMPADEC. The commission was charged with the comprehensive and holistic development of the Niger Delta area, including remediation. Nineteen years later, Nigerians are using hand lens to seek out where all the money went.

Going by the performance, one is tempted to call for the scrapping of the NDDC. But Act 6 of 2000 that gives life to it is a robust work of sound minds from which one should expect results. According to Section 7 (1) of this Act,

Delta, area; (b) conceive, plan and implement, in accordance with the set rules and regulations, projects and programmes for the sustainable development

of the Niger Delta area in the fields of transportation including roads, jetties and waterways, health, education, employment, industrialisation, agriculture and fisheries, housing and urban development, water supply, electricity and telecommunications…

Niger Delta area by the federal government and the member states

Needless to say, with such a robust mandate, the physical development of the Niger Delta states was entrusted unto the NNDC. Indeed, it became the first and only regional government in Nigeria post 1967. In a show of seriousness, the federal government committed in the act to paying the equivalent of 15% of the monthly allocation due to Niger Delta states to the commission for funding. It also committed oil companies operating both on-shore and off-shore Nigeria to contribute 3% of their annual budget to the NNDC.

The 2019 Appropriation Act approved a budget of N346.5bn for the NNDC – larger than the budgets of over 80% of Nigerian states and without carrying the bureaucracy that they bear. Since 2013, the budget of the commission has been above N300bn. With this huge sum, and the domestic budgets of member states kicking in, one would have expected that the Niger Delta would be the most developed region of Nigeria. Alas, it is not. Pervasive corruption has hobbled the nation’s best intentions for the Niger Delta people.

Ojukwu-Enendu was a newspaper editor 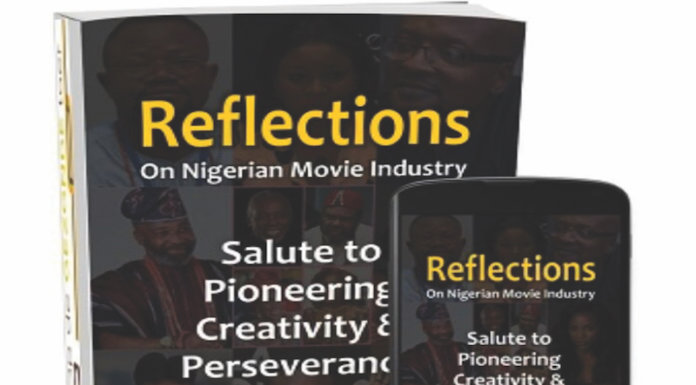