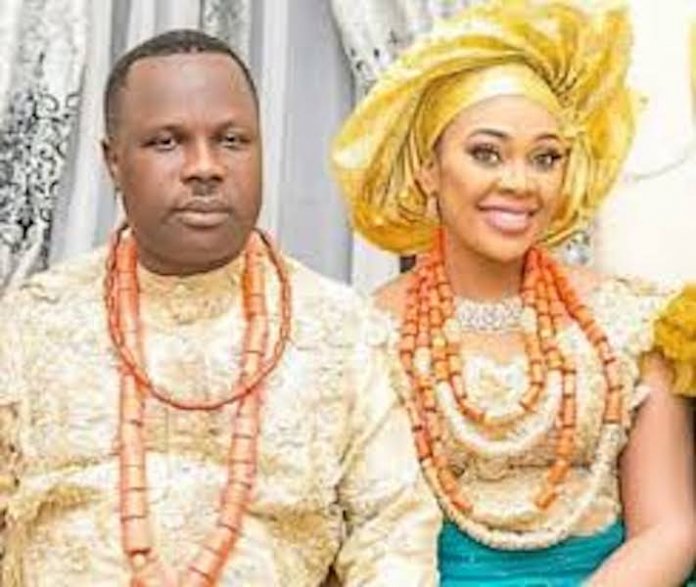 Love is dangerous business; chances are that if it does not mutilate you, it would leave you scarred enough to stay away from every form and figure, flinching furiously whenever it sends a wave your way. This is the experience of many a person, but not Kenneth Bramor. The billionaire has proved the premise of scorching passion to be false – for now at least.

While November 27th, 2017 may not be a memorable day for most people, it sure is one for Ken Bramor. On that auspicious day, Benin city was frozen solid with the wedding ceremony of Ken and Ehi Ogbebor, hotelier and popular interior designer. Recently, however, that day seems to only have masqueraded as auspicious, as the couple has fallen out of favour with each other and their marriage. But marriages that began with boisterous jingles and bells end – when they do end – with a bang.

Obviously, Ehi cannot go gentle into the night of separation without shedding light on a few things. Thusly, she has taken to social media claiming that Ken is a ritualist who had traded the life of his warm mother for his cold money and had plans to do the same with her daughter. This being an especially fanciful accusation in today’s world of tangible substance, Ehi added that Ken recycled his women – a charge that is much more familiar.

Although the truth of these allegations has not been sustained or refuted, the accused party supposedly fled back to the embrace of his former wife without delay. This other woman, residing in the United Kingdom has reportedly borne him four children, and his homecoming was accompanied by a Rolls Royce. Allegedly called Ken a ritualist and a tenacious recycler of women, but you cannot say that he is not generous.
The latest development on this front is that oga Ken has moved on to yet another lady.

Nothing fishy has been reported this time, other than that the new woman, Princess, used to be his iced-fish seller. While he has been applauded for not pursuing a woman of elevated status, Ken does not appear to be in a hurry to bite the dough of marriage. He has evidently charted the depths of affection, socialized with sharks, and found love again – but not to have and to hold till death pulls the parting curtain.