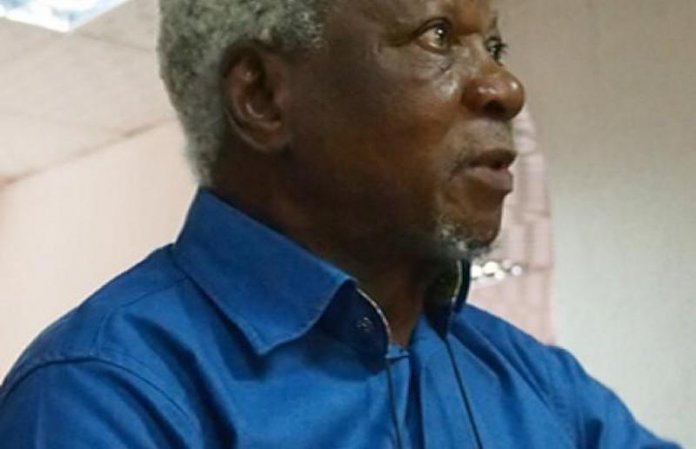 Above is an excerpt of a poem written by a foremost African poet, John Pepper Clark, who took the literature world by storm in the 70’s with his poem titled “The Casualties”. This poem came to the centre stage as a result of its satirical expansion of the meaning given to those referred to as the casualties of the Nigerian civil war. The theme of the poem centres on the non-conspicuous casualties of the Nigerian civil war, though, but it no doubt expands the literature meaning on what the word “casualty” entails.

Human’s actions are accompanied by resultant effects many of which might be too subtle to notice. On September 2, 2019, Julius Berger Nigeria plc embarked on the closure of partial section of the Lagos-Ibadan expressway which is one of the busiest roads in West Africa. The closure stretches from Kara bus-stop down to New Garage where Lagos and Ogun States share boundary.

Without any touch of hyperbole, millions of commuters who ply this road on a daily basis have been subjected to untold excruciating hardship which I believe could be well averted if properly managed. Who are the casualties of the government’s political ineptitude? I will like to borrow from the elaborate interpretation of the meaning of casualties in J.P Clark’s poem by concluding that they are many, far beyond what we can contemplate, however, because we can’t hear each other speak, because whether we know or do not know the extent of the effect of government’s deficiency of ingenuity, we are characters now other than before.

Mr. Bright (not his real name) lost his job as a banker after being reprimanded for coming to work late. He was defenseless and could not justify his reason which was basically as a result of massive road rehabilitation going on in that ever-busy road. Mr. Bright is not the only one caught in this pitiable situation as many have lost their jobs due to journey of an hour which has been compounded to a five-hour journey. Besides, the casualty of the poor road maintenance and management is the states’ Internal Generated Revenues (IGR) which has suffered economic retrogression. The transportation system is a crucial factor for sustained economic growth and prosperity of a nation. There is no doubt that a good access road network to major cities in a state would increase the Gross Domestic Product (GDP) of the state. The casualty of this ongoing construction is not confined to those forcefully relieved from their places of employment; it also involves those riders and passengers whose lives are exposed to danger certainly unbecoming of any responsive government.

In 2008, research carried out by Demurger onresearch of transport investment and growth indeveloping economies examined the data of 24 provinces of China between 1985 and1998 and points out that the inequality of transport infrastructure is one of the main factors leading to growth inequality across the provinces. In South Africa, a research on time series analysis for investment into road infrastructure and economic growth posits to the fact that road infrastructure and economic growth have a symbiotic growth relationship, by the former boosting the Gross Domestic Product (GDP) of the state and in effect raising the marginal products of the production factors.
In every developed country, it is a known fact that traffic congestion and accidents have proportional economic ratio on loss of valuable production hours and manpower which in the long run lead to geometric decrease in economic growth.

On January, 2018, a research carried out in Washington, United Sates by a New World Bank Study, funded by Bloomberg Philanthropies found that reducing road traffic death and injuries could result in substantial long-term income gains for low- and middle-income countries. The fact that a state is the miniaturized version of a nation, therefore, it stands to reason to state sociologically that a decline in the GDP of a state would have a substantial negative effect on the country’s GDP. Hitherto to this research, there seemed to be no direct link in the study of impact of road safety on economic impact. At the conclusion, it was recorded that the impacts of road safety, free traffic flow and road management have a proportionate effect on economy prosperity, citing strong examples between developed and developing countries to wit: China, India and Tanzania, Thailand respectively. This research quantified how investments in road management and safety form a great significant percentage on human capital development.

In its conclusion, the study finds that countries that do not invest in road safety or management could miss out on development index anywhere between 7% and 22% in potential per capital GDP growth over a 24-year period. Therefore, policy makers are enjoined to prioritize proven investments in road safety. The cost of inaction is estimated to be more than 1.25 million deaths a year globally, diminished productivity and reduced growth prospects.
––Rilwan Balogun, Lagos