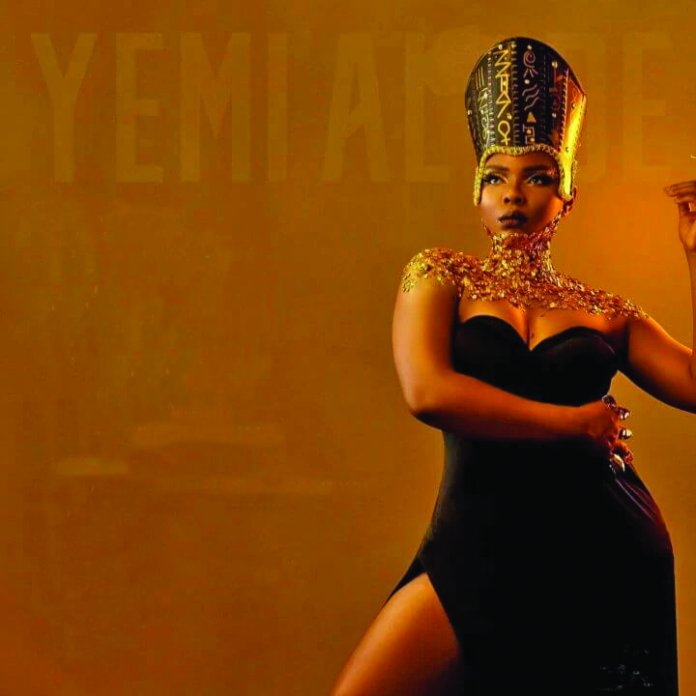 She added that she aims to move her musical career to a global stage. “We are up for Grammy Awards consideration. Reaching out to all voting members @recordingacademy to consider my album ‘Woman of Steel’ for Best World Music Album. This has been an incredible project and I would love to celebrate it with all of you,” she wrote.

The choice of the ‘Woman of Steel’ for the award consideration became imperative after her album received over a million global streams. Also, being the first afropop female singer to have over 100 million views on a video on Youtube, which is her hit single ‘Johnny’, may fetch her laurel at the Grammys. Alade, no doubt, has been on the rise with her music exploit since inception.

She has over the years won laurels, including BET, MTV, and MOBO Awards as well as changing the narratives with her music outside the shores of Africa. The singer was in 2018 listed as one of the most influential people in Africa.

Her 2013 single, Johnny, with over 100 million views is still the most viewed video by any African artiste on YouTube six years after its release. Alade is the only female afropop/afrobeats artiste with this record.

Alade is being considered for the Best  World Music Album category at the Grammys. One of the most celebrated Nigerian female artistes, Alade had on occasions said that her ultimate goal was to win the Grammys.

Once on a television programme “Today on STV”, the “Johnny” crooner had stated that her goals keep changing as far as God gives her energy and ability to attain those goals. She said pop music had gotten more attention and popularity in Nigeria; emphasising that there should be a focus on harnessing human resources because Nigeria is sleeping on human resources.

She said even though numbers don’t lie, one cannot use a particular medium to measure up who is more popular than the other. She said popularity should not be used for measurement; because there were some people who had won Grammys and people don’t know their songs.

After months of expectation Yemi Alade dropped her Woman of Steel album last month to the delight of her fans and music lovers across the continent. The Nigerian afropop singer/songwriter, following months of social media drive with the hashtag #WOS, which was later revealed as ‘Woman of Steel’, had in May, announced the album after she released a remix of her single, ‘Oh My Gosh’ which featured American rapper, Rick Ross.

This fourth studio album (her fifth project with an EP) was then made available for pre-order on August 21, 2019. The 15-track compilation, which comes just after her record-breaking musical feats and two features on Beyoncé Knowles “The Lion King: The Gift”, reaffirms Alade’s top spot in the Nigerian music scene. The album not only represents a personal one but thematic shift too for the artiste, from Mama Africa, to King of Queens, then to Woman of Steel.

A medley of reggae, R&B, highlife, and afrobeats, the album features songs with Rick Ross and Angelique Kidjo.

A decade ago, the singer made her debut winning the first-ever reality show of Nigeria’s Peak Talent. It marked the beginning of her music career, but visibility came after her debut album, King of Queens in 2014. The album won Alade the Best Female Artiste trophy at the MTV Africa Awards in 2015. She followed that up with Mama Africa in 2016 and in 2017, Black Magic. Both album stands out in their own rights. King of Queens had collaborations with seasoned musicians and sound engineers that doctored the musical work to taste.

Prior  to the recent news of her ‘Woman of Steel’ being considered for nomination at the 2019 Grammys, there had been thoughts of her among other African artistes mostly Nigerians of winning the Grammys in a two-way efforts following her recent feature on Beyoncé’s latest album featuring Burna Boy, Tekno, Mr Eazi, Wizkid, Yemi Alade, and Tiwa Savage. The American singer featured the six Nigerian artistes on the album, “The Lion King: The Gift Album”.

Reacting then, Don Jazzy had hinted that Nigerian artistes on Beyoncé’s new album were likely to receive Grammy awards in 2019. According to the famous record label owner, “It’s safe to say our people are finally getting that Grammy… hehe. Beyonce go dey world category of Grammys this time around and once the album wins world album of the year, we won too.”