Ahead of the November 16 governorship election in Kogi State, the Peoples Democratic Party (PDP) in the  state has raised the alarm over an alleged plot to use the state judiciary to disqualify its  governorship candidate,   Musa Wada by ensuring that his name does not appear on the ballot papers.

The plot, PDP said through a statement signed by Faruk Adejoh Audu, the Head of the Muda Audu  Campaigns in the state, named both the state government and  the PDP Vice Chairman Ogugu Ward 3, Olamaboro Local Government Area, Mr. John Abraham as the main culprits.

The party said that the Kogi State government, and the All Progressives Congresses  (APC) have perfected plans to use the Kogi State judiciary to disqualify Audu for the violence that took place during the PDP governorship primary election that resulted in one death and injuries to many in the state.

PDP in Kogi state said that the pliant ward chairman of PDP,  Mr. Edward Onoja, who is from the same  local government area with the running mate of Governor Yahaya Bello, was induced with the sum of N20 million to agree to be used as a litigant to undermine the primaries of the PDP.

“As at the time of the conversation, this rural PDP executive member of humble means has already been generously given the sum of one million to meet four lawyers including a Senior Advocate of Nigerian(SAN) hired by Bello’s government to execute their atrocious plot. We challenge the outgoing government to deny these revelations.

“We heard of this plot immediately it was hatched and expected that they will go to court and serve us with the processes to enable us join issues immediately, but it’s now obvious that there’s a sinister twist to even this craven process because whilst there’s been reports of the suit in the media since almost three weeks ago, we have neither been served nor have we been able to confirm in what court it was instituted or if it was instituted at all”.

PDP in the state further stated that the Bello campaign has continued to boast and threaten that the PDP will not have a candidate at the polls until the court has decided.

According to the statement from PDP in the state,  “the latest of these threats was the one uttered by the campaign Director General, Former Senator Representing Kogi West District, Mr. Smart Adeyemi at a press conference in Lokoja on Friday.

“This is the third time Mr. Adeyemi is openly bragging that the PDP candidate will be excluded from the ballot because its primaries were flawed. Before him, Mr Bello’s running mate had equally bragged in a WhatsApp chatroom that the PDP will have no candidate because the primaries were inconclusive.

“The lynchpin of their desperate confidence is based on the sporadic gun attack on the venue of the primaries when the process was drawing to a close.

“If anyone ever doubted those behind the criminal attack which took place unchallenged in the presence of security agencies and less than half a kilometre from the Kogi State  Department of State Services (DSS), Mr. Adeyemi and Mr. Onoja seem to have not only confirmed the involvement of the outgoing government but they have also betrayed the motive of the vicious gun attack”, PDP  stated. .

PDP said that the  attack was to prevent the Kogi PDP from presenting a candidate because the window for primaries in INEC timetable ended on September 5, a date which would have been impossible for the party to plan and hold another primaries if their gun attack had been successful in aborting the process.

PDP said,  “rather than hide their face in shame for this failed criminal act, the desperate APC lords of violence have been unwittingly advertising their culpability in the dastard enterprise. What is unfolding from the gun attacks, to the clandestine litigation, the bravado of Mr. Adeyemi and Mr. Onoja declaring inconclusive a process certified even by INEC is a clear picture of a very petrified candidate Yahaya Bello who having squandered his tenure inflicting poverty, hunger and violence on the people and attracted ill-will is now desperate to use subterfuge to eliminate every viable opponent from the ballot,” PDP explained. 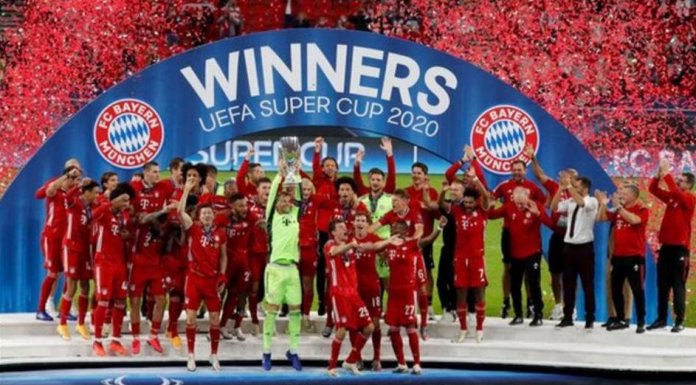