Nigerian-British multi-talented rapper, Joseph Olaitan Adenuga, with the stage name, Skepta, has been dominating the news in the last few days. Gist about his private life is spreading in the global media and getting more attention than his music. This is because the ace rapper is in a relationship with British super state singer, Adele.

There are already pointers that both are nursing a marriage ambition. When journalists contacted Adele’s spokesperson to confirm the genuineness of the report, he would rather prefer to keep mute on the issue.

News of the Skepta’s advanced friendship with Adele, his co- neighbor in Tottenham (North London), is opening up interesting and suspicious phases as new events unfold. The two Tottenham-based stars used to maintain a platonic relationship which later developed into a romantic one shortly after they both broke up with their ex, almost at the same period.

Skepta, 37, reportedly broke up with the mother of his child, the identity of whom he has strongly kept despite fans inquisitions, while Adele also ended a Three- year old relationship with Simon Konecki, the father of her child in April.

Earlier in May, the 31- year old singer penned down some words, in what look like she was celebrating a break-up with his ex, at a period that almost coincided with her birthday. Fans believe that the divorce may have been strategically planned by the duo who didn’t wait too long to set out after their individual separation.

A source said: “Adele and Skepta have been there for each other a lot after their relationships split. They have a close bond and there’s definitely a special connection. They’re spending more and more time together. Some of their friends are hoping and predicting they could end up being a great couple one day. They are both private about their love lives and they are both committed to their children first and foremost as well.”

In a way that suggests their level of closeness even before the spark of their dating rumour, Skepta once disclosed to ES Magazine:  “Adele texts me all the time and keeps me in check. She speaks to me about how things are going.” The Grammy award winner replied in admiration via her twitter handle: “Tottenham boy,” which she completed with a heart emoji and a snap shot of the lover boy. The grime MC also replied with “love you” adding a red rose emoji.

Following these exchanges, Skepta told a UK based platform, IBTimes: “She gassed me up. One day, I was just chilling and she tweeted a picture that said ‘Tottenham boy’ and she’s from Tottenham as well. I was actually going to quit music that day; that was one of the sickest things ever. She’s like the lady of Tottenham.”

Their relationship seems to be bonding stronger every day that passes by. Both have been sighted severally together at outings, most recent was Skepta’s 37th birthday on September 19 where both displayed love to no limit.

On the career scene, Skepta has been calling the tune and he is not in any way resting on his oars. Since he released his debut album in 2007, he has consistently shone in his space as a MC, rapper, songwriter, record producer and music video director. So far he has released 12 video albums with his most recent, ‘Konnichiwa’ in 2016 and ‘Ignorance Is Bliss’ that  dropped in May this year, peaked at number  two in the UK charts.

The multi award winning star was in Nigeria for a “Homecoming” concert in April last year, which included appearances from J Hus, Not3s, Wizkid, and Davido among others. Before the concert, he was conferred with a chieftaincy title of “Amuludun of Odo-Aje” (Chief entertainer) in his Ogun State home town.  Officially, Skepta is now a Chief. The Ijebu man wore the traditional Agbada during the ceremony and was flanked by chiefs from the community at the rite which was attended by friends and family. “I am honoured and will continue to put time and love into Nigeria, especially the community of Odo Aje,” Skepta said on Instagram. Skepta’s parents are Nigerians and immigrated to London, where he was born. 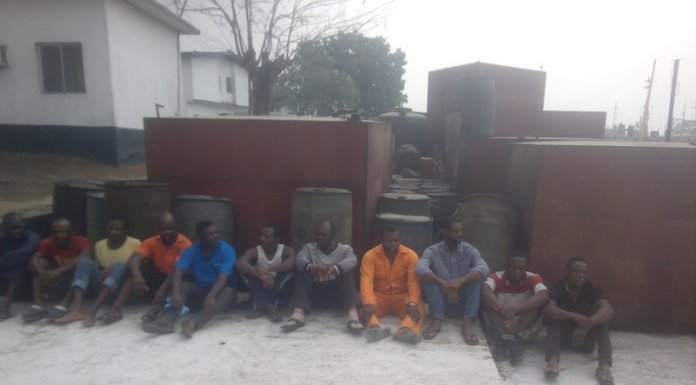