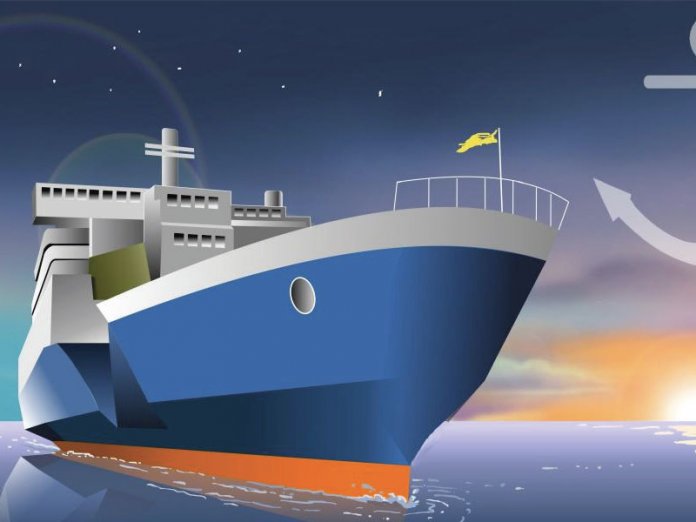 Eromosele Abiodun writes that despite the gains of ports concession, the Nigerian maritime industry has been held back by corruption, policy inconsistencies and decaying infrastructure

With its 853 nautical miles of coastline located on the coastline corridor of Gulf of Guinea and the Bright of Benin, 200 nautical miles of Exclusive Economic Zone, 30,000 kilometres of waterways, comprising over 50 rivers, eight out of the 36 states having littoral status coupled with vast and fast growing population estimated at more than 200 million, Nigeria has no reason not to be a force to be reckoned with in the global maritime community.

But like many sectors of the economy, the maritime sector is also bedevilled by many challenges that look impossible to resolve. However, a few government agencies in the sector in the last few years have made efforts to make things right. The Nigerian Ports Authority (NPA), for instance, has taken several steps to make Nigeria a hub in West Africa. But years of neglect and corruption has made it looked like nothing is been done.

The founding fathers of Nigeria knew that the state of the ports is a critical factor for efficient maritime operations, hence the establishment of the NPA by Ports Acts (Cap 155 LFN 1954). This created the structural framework for the management and regulation of port operations. The authority executed its first wharf extension project between 1956 and 1961 in Lagos and Port Harcourt ports. Further expansion of Lagos Ports were done between 1970 and 1975 and, in 1977, the Tin-Can Island Port Complex was commissioned to ease the pressure of heavy imports (mostly government cargoes) on Apapa Port. In 1979, the new Warri and new Calabar ports were commissioned. Port construction and expansion continued between 1981 and 1985 while the new Sapele port was constructed in 1982. In 1996, Federal Ocean Terminal Onne Phase 1 was constructed. Financing was done through agreement with the International Bank of Reconstruction and Development and the World Bank.

Reliable statistics in the mid-1980s showed that the public ports operated at 47 per cent of their capacity at the best and cargo throughput dropped to 28.7 per cent of previous years. To increase efficiency, enhance capacity and introduce healthy competition in government enterprise.
Government, in 1988, promulgated the Privatisation and Commercialisation Decree. In 1993, the implementation of the commercialisation programme of the NPA was partially carried out and it became Nigerian Ports Plc. This was reversed in 1996 as a result of inherent weakness of the policy and government, through the National Council on Privatisation (NCP), upgraded the state of NPA from full commercialisation to partial privatisation called concession, to make room for private sector involvement in port operations.

Following the calamitous multi-year port congestion that gripped the nation’s ports and arrested Nigeria’s development for much of the oil boom years of the 70s, the federal government made efforts to reform the system. The efforts never yielded any reasonable fruits as corruption and inefficiency reigned, denying government the needed revenue from the sector.

As a result of the painful experiences of congestion in the 70’s, the federal government made again made efforts to reform the Nigerian Ports Authority (NPA) in the 1980s.

Consequently, the NPA management was restructured into four zones: Western, Central, Eastern and Headquarters, The government also created Nigerian Ports Plc. However, the policy failed abysmally due to rear-guard action from the diehard culture of centralisation. Government interference was rife and patronage and self-enrichment by some government officials overseeing sizeable part of the maritime sector went to a new level. Foreign exchange earnings from Nigerian Ports Plc disappeared into private pockets and port infrastructure were allowed to rot.

In a bid to arrest the situation, the federal government, in 2001, came up with the idea of concessioning the ports to qualified private operators.
Dutch firm Royal Haskoning BV was commissioned to study Nigerian ports preparatory to the reform.

The resulting report, called Haskoning Study, was submitted to the federal government and was accepted as a cogent x-ray of the Nigerian seaport system. The report criticized the over-centralisation of administration that saw NPA function as both regulator and operator; the overlap of authority in the system and the duplication of efforts. It recommended a “Landlord” port administration model where government’s role would be restricted to policy formulation while private operators undertake the day to day running of terminal operations, stevedoring, warehousing; and investments in port equipment and infrastructure, among other activities. The report called for NPA to be unbundled into three zones and for concessions by open bidding.

After examining the report, the NCP, endorsed the “landlord” model, and under a new transport policy NPA was given the role technical regulator to manage the ports for which there were no bids. The National Transport Commission (NTC) was to become commercial regulator while National Ports Commission would become overall coordinating agency for the ports sector. Five landlord port authorities were slated for Lagos; the Niger Delta; Port Harcourt; Calabar and the inland ports. A total of 25 concessions were identified in 11 ports and there were bids from 110 companies to manage eight ports: Bonny, Calabar, Koko, Port Harcourt, Sapele, Apapa, Tin Can & RORO.

With bids submitted by March 2005, concession commenced in 2006 with 20 concessions concluded. In March 2006 the concessionaires commenced operations.

The flagship concession, Apapa Container Terminal was signed in March 2006 with APM Terminals, which had taken over P&O Nedlloyd earlier in the year. The Danish shipping firm, A.P. Moller (APM Terminals’ parent company beat 25 other bidders to the 25-year concession.
Prior to the concessioning of ports to private operators in 2006, doing business in the nation’s ports was a hellish experience laced with a myriad of problems. Some of which were; turnaround time for ships which took too long making businesses to brace themselves for weeks if not months of endless waiting before their cargo could be loaded or discharged.

Fading Dream
However, what is happening today in the industry betrays the plans of the founders of Nigeria whose lofty aims of using the maritime industry as a launching pad for economic prosperity when they established institutional structures to drive the dream.

Nigeria’s seafarers, unarguably among the best in the world, were the toast of the international shipping community, our cargoes, which we had and still have in abundance, were being freighted by Nigerian owned ships.
The NNSL, which boasted of about 20 vessels, for which Chief Olusegun Obasanjo prides himself as his legacy and which he is still lamenting their loss till today, had packed up. It was liquidated in 1995 with all these vessels gone.
Today, more than 80 per cent of our indigenous shipping companies have equally gone under, swept away by the harsh tide of the inclement economic climate.

While regulators were busy playing politics with the disbursement of the Cabotage Vessel Financing Funds (CVFF), an interventionist programme meant to empower the struggling indigenous ship owners, foreigners took over the coastal trade, ostensibly reserved for the locals through the instrumentality of the moribund Cabotage law.

Recently, government’s attempt to revive the National carrier from its ruins expectedly fell like a pack of cards when the leading investors, Pacific International Lines, (PIL), pulled out of the inglorious deal.

This has further compounded the agony of the country that has cargo but no vessel to convey them.
Sadly, the implication of this fundamental system failure was that the country would be at the mercy of foreigners who now dictate the terms of trade.

Ending Foreign Dominance
Executive Secretary and CEO of the Nigerian Shippers Council (NSC), Hassan Bello believe effort must be made to reverse the trend.
“What we have now is a sector dominated by foreign ships and they dictate to us. We have no choice than to listen to them, yet we own the cargoes. To correct this anomaly, we should have the ships. No matter how wide or long our coastline is, no matter how long our inland water is, and how our ports are, if we do not have the ships, then we cannot pretend to be a maritime nation, ” he said.

He added that Nigeria’s claim to having a maritime industry, despite its huge potentials and great natural attributes, is pretentious.
“No serious maritime nation that has cargo will allow foreigners to dominate and determine their carriage and freight. That is what Nigeria does, relinquishing its cargo to foreign vessels because it has none. Though painful, this is the reality of the situation of the industry, 58 years after independence,”he added.

Heaven for piracy
Another issue of the decadence in the industry is the one of piracy and insecurity, a problem that seem to defy solutions. Over the years, Nigeria has been designated as one of the most dangerous maritime zones whose waters are clustered with dare-devil pirates, kidnappers and other sea robbers.
International reactions to the rot in the Nigerian maritime sector have been varied and poignant.

The issue of lack of secured waters, despite government efforts to reverse the trend, has in different times, earned the country an unenviable sobriquet of ‘war zone’ with the attendant surcharges and high insurance premium.

At another times, foreign vessels divert cargo to the neighbouring countries or restrict their voyage to the Lagos ports, which they consider reasonably safer than their counterparts at the eastern and south- south axis.

The culmination of this structural deformity in the sector was the loss of the membership of category C of the International Maritime Organisation (IMO) during its elections in 2017.

That loss was a sad reflection of the level of trust and confidence of the international maritime community in the nation’s maritime sector.
These problems have unfortunately reduced Nigeria to a struggling giant among other competing African countries for a load centre, a status which should have naturally been conferred on the nation as a natural choice for maritime hub centre within the Central and West African sub-region. 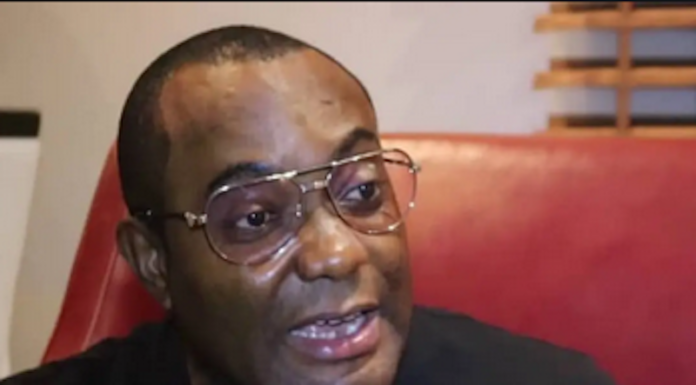