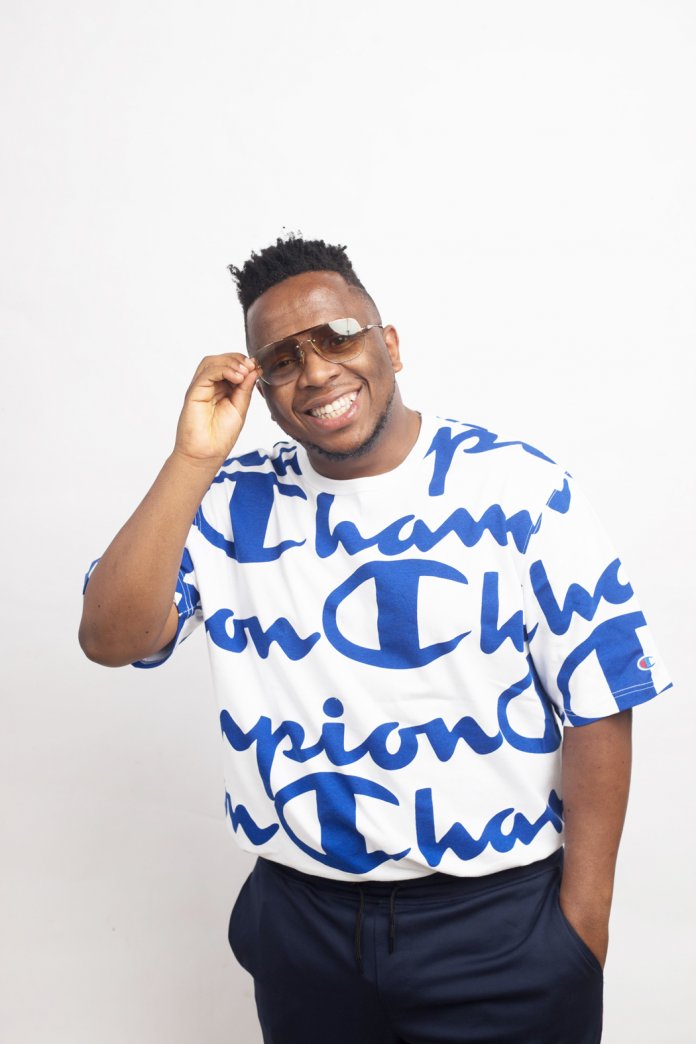 Emmanuel Benjamin popularly known as Eben is a leading gospel musician. Eben has bagged a number of honours at the Believers World Wide (BLW) awards including the 2014 and 2015 Worship Song of the Year. He converses with Tosin Clegg about his music, marriage with singer, Jahdiel and the turning-point when Pastor Chris Oyakhilome changed his life among other things

I  hail from Abia State. My parents are late though but I am number five of six children. We were raised in Gowon Estate, Egbeda, Lagos. From there, we all grew and went our different ways. I put my degree on hold many years ago for some reasons and will continue from where I stopped soon.

I grew up listening to Bob Fitts

I grew up listening to Bob Fitts and his songs helped my faith. I thank God his work has positively affected many. I feel like he is a little bit under-celebrated and that is why I feel like we need to honour him and celebrate the grace of God upon his life. Like I said, he has been a huge blessing to me and I want my audience to draw directly from this stream as well.

Indelible high points in my life

My turning point would be when Pastor Chris took note of me in 2006. I did a song entitled ‘Iwo Ni Kan’ at our youth conference and it was huge, Pastor Chris took note of me. From then on, I started to get invitations and call-up from different places. He announced me publicly at the crusade while I was at home. They got me a ticket to rush down to Aba to join Pastor Chris’ crusade. Before I came up on stage, Pastor Chris said I had impressed in the word. Prior to that point, we never had a one-on-one conversation. The kind of faith that Pastor Chris has shown towards me and my works till date have been a huge blessing. God has used him to announce me to the world and chisel my axe as well as open my eyes to the knowledge of the word of God. Even till date, whenever you sing a word that is not in line with the scripture, he will tell you that we do not say this. This has helped me write songs from a standpoint of understanding. The result of this is that people are able to connect with my music irrespective of age, gender and tribe,

My story is not an overnight success

I have had times when my faith was really tested. I was in a church where I functioned in the youth and adult choir at a young age. I was there for over a decade until God wanted me to move. This was in Lagos. I grew up around music. Music for me has always been a gift from above. At a point, I try to restrict my music to one genre but the spirit of God told me not to limit His grace upon my life. Infact, due to this prejudice, I almost did not include my popular song, ‘All The Way’ in my album at the time it was released. I felt like it didn’t fit into my genre of music which I coined as ‘Afro Rock.’ I would take credit for creating that genre in Nigeria at a time nobody was identified with it. I felt like if I released ‘All The Way,’ it would be a departure from my brand of rock music. But the spirit of God told me that I am permitted to express myself in any way that I want to. I thank God that I listened. Of all the beautiful songs in my second album, till date, that song took my career to a whole new level.

I have had three and half albums

My first album was entitled, ‘On The Rock’ and released in 2006. It had popular songs like Mmara Mma, Iwo Ni Kan and Tell Them Say. It was the album that launched me and got me on the radar of Pastor Chris. The next album was ‘Phenomenom’ in 2010 which had great songs also. I like to take my time in putting an album together. I am not the type that like to churn out songs randomly. By the grace of God, I guess this is why everything we put out has a lot of depth. After that came ‘Justified’ in 2013. It had songs like ‘All The Way’ among others. In 2017, I released the album, ‘Victory’ with the popular title track. I told people this when we first recorded that song in December 2015; I said it on social media that it will be the biggest song of 2016. I kept saying it until there was a confirmation.

Music is not a career for me, it is my life

There is a difference between a job and work. Your job is what you do to earn a living but your work is the full expression of your design or gifting. You cannot retire from being yourself but you can retire from a job. It has never crossed my mind. I have never been in doubt of the grace of God upon my life to a successful musician. I didn’t grow up to be a musician. I wanted something more stable that I could plan with. I wanted to be every other thing but music. But God assured me and told me. He said ‘my word never fades. As long as you have my word contained in your songs, your songs will be timeless. Settle down with my word and make sure it is part of the constituents of your music and then you will be relevant for life.’ I settled it with God. Everything happening now is just mere shadows compared to what God showed me. We are just getting into it.

When you are called by God to do something, courage is an important virtue to have. That is why God commanded Joshua when he called him to be courageous. When God inspire you to do something and you are there considering what people will say then you are not ready for great things. One must be ready to be misunderstood. Most people don’t have a clue about it and that’s why everybody cannot be successful. I welcome such opinions. I see as an expression of people’s perception. Not everybody must understand one 100%. Once this is settled in one’s heart, then one must celebrate those who understand and empathise with those who do not and move on. That is where my confidence comes from. Once I check in my spirit and my music is consistent with God’s word, that’s just fine. I reckon also that we are the light of the world and not the light of the church. Music is not supposed to make sense to church people alone.

You understand me? As a gospel artiste, we are called to culture people with the lifestyle of Heaven through our music and not people trying to streamline our music. That is the idea. If the people are not relating well with your message, then you are not doing a good job. You need to be an effective communicator of the grace of God upon our lives. This is why I do all the different type of music genres that I do. That is the idea. Gospel music has to be in the streets not within the walls of the church. It has to be user-friendly to the people in the streets.

What it means to be married to another artiste

We make music in the kitchen. It’s a huge blessing being married to an artiste like Jahdiel. If I was married to a Lawyer or Doctor, we are in two different fields and will labour to find a meeting point. That could be a struggle. When your spouse is part of your industry, there will be areas that you are not paying attention to that he or she will see and cover for you. From my own angle, there would be things I can see as well and suggest. Many times, when I receive inspiration, two of us work on it together. You can imagine.  One of them is ‘Jesus at the Centre,’ was written by her; I arranged it and completed the remaining part. It was her idea. There have been so many.

Jahdiel has been working

She has been doing a lot. She has shot a few videos. As a mother, she took some time off to nurse our kids both of whom came in quick succession. That required a lot of attention and it was quite demanding. She took some time off but all that time, her mind was working. As of now, she is recording songs and very soon, her work will be in the face of everyone by God’s grace.