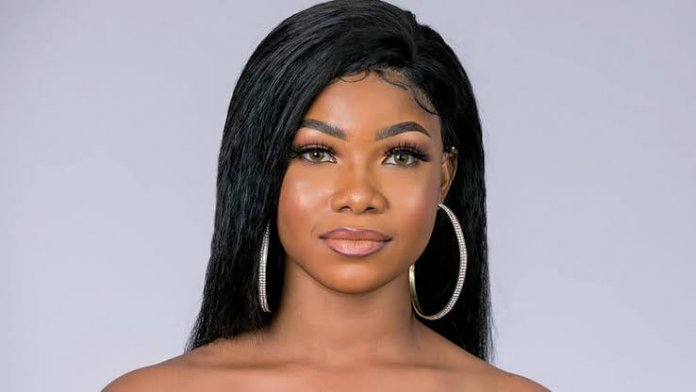 Tacha, the social media sensation who is one of the contestants of the ongoing reality show Big Brother Naija has been disqualified. Biggie found the housemate guilty of violence after her altercation with Mercy this morning. Both housemates had come to blows during a heated verbal match that saw Tacha pulling Mercy’s hair twice, prior to Ebuka’s surprise visit.

After the shocking eviction of Cindy, Tacha continued throwing verbal missiles at Mercy who ignored her the best way she could.

For these actions, Biggie announced this evening that Tacha violated Article 18 of the Big Brother’s Rule book which states that any form of violence is not tolerated in the house. Being that it is not the first time Tacha has been guilty of belligerent behaviour, Biggie was left with no choice than to disqualify her automatically from the game, abruptly ending her chance to win the N60 million worth of prizes.

Mercy on the other hand broke down after hearing Biggie’s verdict on Tacha. Afraid that she will suffer the same fate, she could not hold back the tears and went on her knees. Biggie however issued her two strikes for provocation and warned her that another strike would annul her immunity.

With Tacha out of the house, there are only eight contestants left in the game. Ike, Elozonam and Mike are still up for possible eviction.

FA Cup: Man Utd to Host Liverpool in Fourth Round