If there is one thing many stakeholders in the Nigerian art “ecosystem” seem to acknowledge across board as a gap, it is the inadequacies in how our dynamic modern and contemporary art practices are articulated and documented. To remedy the situation, a few conscious efforts are springing up at major art hubs in the country. One of such efforts is the TSA Art Writing Master Class launched in 2018 by TSA African Culture Foundation, led by art writer and editor, Bukola Oyebode.

Similarly, but on a different plank, the Art Historical Association of Nigeria (AHAN), in July 2018, organised a conference with the theme, “The Harvest is Plenty, but the Labourers are Few.” The theme of the AHAN conference succinctly captures the imperative of art history in our artistic development. Both the TSA and AHAN initiatives among others, not only point at the general consciousness of what needs to be done, but are most importantly, providing practical solutions to the identified needs of Nigeria’s art sector.

TSA, as an art magazine, publishes about art in Africa and its diaspora but with emphasis on art developments in Nigeria. For two years, it has fittingly partnered with Chika Okeke-Agulu, the award-winning Nigerian art historian and professor of art at the Department of Art and Archaeology, University of Princeton. Okeke-Agulu is the author of Obiora Udechukwu: Line, Image, Texts (Skira Editore, 2010), and Postcolonial Modernism: Art and Decolonisation in Twentieth-Century Nigeria (Duke, 2015). He has edited and authored many critical texts on art from Africa. Although he currently lives and works in the US, he began his career in Lagos as an art critic for the newspapers African Concord, Daily Times and The Guardian. Okeke-Agulu neither uses nor encourages being described as an African diaspora as many artists and historian from the continent do, instead he describes himself as “a Nigerian living and working abroad”. Perhaps, this thinking fuels his active contributions toward expanding Nigeria art history and scholarship in the art field.

The modern-day profession of art criticism and art history emanated from the art connoisseurship of an older period. The connoisseurs played an important role in deciding what was considered significant or not in art. What was not considered important by the connoisseurs were left to rot away and often disappeared from history. Such is still the power of their modern-day equivalents – the art historians and critics, and because of their authoritative writings and contributions to art discourse, they often gravitate to curatorial practices. Okeke-Agulu is a worthy example of this. He has curated major exhibitions of African art, including El Anatsui’s touring retrospective exhibition “Triumphant Scale” which he co-curated with Okwui Enwezor (before his death). The exhibition was first presented at the Haus der Kunst in Munich Germany, early this year. So, apart from being a writing masterclass, the workshop also exposed the participants, especially those working in art galleries and museums, to curatorial competence.

The participants, comprising of practising culture writers, artists, gallerists, newspaper art reporters, architecture practitioners and art history students, were taken through the rudiments of formal analysis, iconography and their import on the cultural and social history of any given work of art. On how to apply the tools gained from the workshop, Okeke-Agulu, says that “It is the job of the art critic or an art historian to use the materials available to him/her to weave new arguments for the advancement of the world of art.”

Okeke-Agulu stated that, “Disputation is what grows the academics instead of consensus.” This statement holds true for art history which is the academic arm of art. He cites one moment in our art history when dispute enriched the art scene. It was the period that followed a curated show by Professor El Anatsui in May 2001 at Mydrim Art Gallery and Nimbus Art Centre both in Ikoyi, Lagos. Titled New Energies, the exhibition showcased the experimental works of young art graduates from the University of Nigeria, Nsukka. Most of the works if not all did not fit into what many considered “selling” works. The show thus created a wave of critical debates that rattled the “peace” of the Nigerian art scene, drawing commentaries from art scholars and writers like Kunle Filani, Chika Okeke, Ozioma Onuzulike, Azu Nwagbogu, John Amipor, Okechukwu Uwaezuoke and Kehinde Olayinka. The absence of such vigorous debates in the present Nigeria art scene, as well as other reasons, “motivated him to invest his time in a programme like the TSA Art Writing Master Class,” Okeke-Agulu stated in one of the classes.

As part of the programme, participants went on studio visits to selected artists in Lagos, namely Professor Peju Layiwola, Kainebi Osahenye and Ade Adekola. According to Bukola Oyebode, “the results from the two editions of the project are satisfactory but we want more people to get involved, either as participants at the masterclass or as sponsors. We need a bigger network of dedicated people to advance the course of art criticism and curatorial endeavours in Africa.”

pix: Professor Chika Okeke-Agulu and participants at the Workshop which held at Loving Lagos 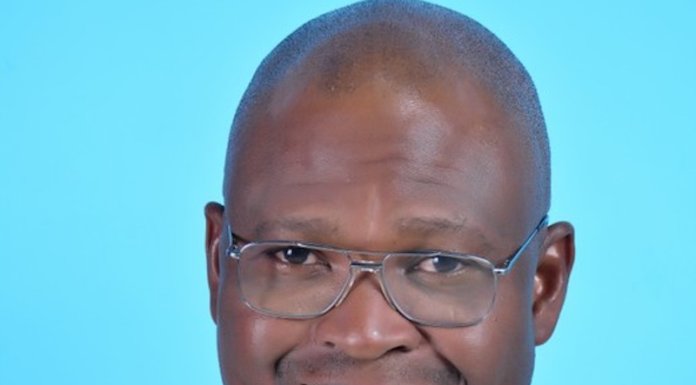