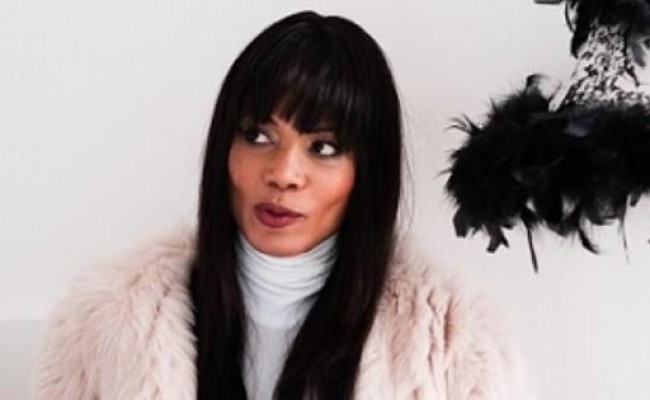 Seasoned talk show host and journalist Funmi Iyanda had barely taken to her social media pages to announce her debut movie production, Walking with Shadows, which will premiere at the 2019 British Film Institute London Festival in October, when the broadcast caught up online and mainstream media platforms. As if it was long expected to be, just like it appears she has had her sights on the movie business, the statement wasn’t only surprising coming from someone who has had a successful run in print and broadcast journalism, telling human interest stories.

She also disclosed that this was the first of many movies she was going to be working on. She wrote: “It’s my pleasure to announce the #bfi #londonfilmfestival world premiere of Walking With Shadows, an adaptation of @jhasmine1’s award-winning novel.

This is the first in a slate of films my team and I will be making. My determination is to expand my work from bringing information and knowledge through news and current affairs to one of bringing understanding through art, literature, film, fashion and culture.

“My purpose remains the same, to help make sense of our time here and hopefully make it more fun and kind, however messy it gets. Whilst doing so, l hope, as always, to create spaces for a new generation of true stars and talents as well as reposition old ones in their proper light.”

The movie directed by Oluseyi Asurf Amuwa is expected to screen at West End in London on 9 and 10 October during the 63rd edition of the BFI Film Festival. The official trailer has drawn from the announcement to trend.

Walking with Shadows, a screen adaptation of a Jude Dibia’s novel of the same title, published in 2005, follows Adrian Ebele Njoko, a married executive whose sexuality is exposed by a disgruntled colleague causing an impact on his family. Thus goes the movie synopsis: In Lagos, Nigeria, Ebele Njoko has been running all his life.

A search for acceptance and love from his family, has led him to recreate himself as Adrian Njoko (played by Ozzy Agu), respected father, husband, and brother.

Suddenly, Adrian’s past and secrets have caught up with him and his world soon begins to crumble as he frantically tries to control the growing ripple effect of a revelation. The movie stars Funlola Aofiyebi-Raimi, Wale Ojo, Funsho Adeolu, Zainab Balogun, Ozzy Agu, and others.

“Walking With Shadows is proof that Funmi Iyanda is still interested in telling human interest stories. With the film, the irrepressible Funmi Iyanda opens yet another chapter in her illustrious career, one that is already stacked high with impact and accolades,”  anoted culture and art critic.

In typical Funmi Iyanda fashion, for her movie debut, she chose not to go the regular route- a comedy about crazy rich Nigerian starring half of Nollywood would be a surefire box office bet- but for Iyanda, such an assignment would be boring. Instead Iyanda chose a more tasking narrative, going back to the same taboo subject that landed her in hot water back in 2004 following the cancellation of her show- at a time it was still wildly popular.

An acclaimed broadcaster, Funmi’s foray into television began when she started producing and presenting Good Morning Nigeria, a breakfast magazine television show. The show became a hit, with its “Heroes” segment, which exalted the achievement of deserving members of the society, and “Street Life”, which unlike many shows at the time went out on the streets in search of compelling Nigerian human-interest stories.

The show focused on the injustices suffered by Nigerians, particularly the vulnerable members such as women and children.

The show was syndicated on national television.

The first show she anchored was called MITV Live produced by Segun Odegbami and Tunde Kelani. She also explored her deep passion for sports, entering the world of sports journalism.

She worked on a documentary for the 2006 Africa Cup of Nations and she covered the 1999 female Football World Cup, the All Africa Games in Zimbabwe, as well as the 2000 and 2004 Olympic Games in Sydney and Athens.

Armed with the experience gained during the era of Good Morning Nigeria, Funmi sought a bigger platform to reach people and in 2000 she began producing and hosting the “New Dawn.” It ran daily on NTA 10 Lagos.

The success of the show made it the longest running independently produced show on NTA. New Dawn gave birth to the “Change-A-Life” social intervention project.

Over the years, Change-A-Life has affected the lives of many children and people through its scholarship, healthcare, counselling and micro-finance intervention scheme. The scholarship scheme supports 98 children.

In 2010, after a two-year break, she returned to the silver screen with Talk with Funmi (TWF), a groundbreaking television show, directed by Chris Dada.

Talk with Funmi journeys Nigeria, from state to state, capturing people and conversations around the country. It is a thought-provoking, illuminating and entertaining journey into the life of Nigerians from all over the country.

The show talks to people everywhere – from ordinary citizens going about their business to celebrities in unusual but natural settings.