As the Central Bank of Nigeria’s Monetary Policy Committee (MPC) commences its 269th meeting today, financial market analysts have ruled out the possibility of a cut in interest rate.

The MPC had at the end of its last meeting in July, kept all its monetary policy tools unchanged.

It left the benchmark Monetary Policy Rate (MPR) unchanged at 13.5 per cent and held other parameters constant.

It also retained the asymmetric corridor at +200/-500 basis points around the MPR. The Cash Reserve Requirements (CRR) and Liquidity Ratio remained at 22.5 per cent and 30 per cent respectively.

CBN Governor, Mr. Godwin Emefiele, had told journalists at the end of the two-day meeting in Abuja that the committee was not in a hurry to bring down the MPR otherwise known as interest rate.

But he had said the CBN would rather take other measures, including the prescription of minimum loan advance by banks to the private sector, to boost growth.
Commenting on their expectations from the MPC meeting, analysts at FSDH Merchant Bank anticipated unchanged monetary policy rate at 13.5 per cent.

Nigeria’s headline inflation, which is one of the factors to be considered at the meeting, stood at a 44-month low at 11.02 per cent in August, according to the latest report released by the National Bureau of Statistics on Tuesday.

Nevertheless, the country’s external reserves have dropped to $42.585 billion as of Monday, compared with the $44.878 billion it was as of August.
According to the FSDH, while it may seem that the slowdown in inflation should persuade the CBN to reduce the MPR, the move would be unlikely.

“The downward trend in inflation indeed gives the CBN room for an accommodative monetary policy stance to enhance economic growth. However, inflation expectations in the short-to-medium term are high, drawing from the effects of potential wage and VAT increase, even as the next festive season approaches. Given these, we believe the CBN will not ease monetary policy rate in the short term,” the firm stated in a note obtained yesterday.

Furthermore, they pointed out that so far in 2019, Nigeria has attracted Foreign Portfolio Investment (FPI) worth $11.4 billion, which was almost equal to $11.8 billion attracted in the whole of 2018.

“The relatively high interest rate environment, when compared with other developing and emerging countries, remains a major factor in attracting FPIs, which is crucial for external reserves accretion and stability of the naira. To retain and attract more FPIs, we expect the CBN to retain its core interest rate, especially given the anticipated FPI outflows in the third and fourth quarter of 2019.

“The CBN’s measure for money supply (M3 and M2) as at last reading in July stood at N35.7 trillion and N28.3 trillion respectively. This represents a month-on-month growth of 2.3 per cent and 1.4 per cent respectively. We believe that the CBN will continue to resort to open market operations (OMO) auctions as well as keeping CRR at current level as a tool to control money supply. Thus we do not expect the CBN to hike rates, more so if inflation continues to trend lower,” the firm added.

“They would also be trying to persuade the government to see how much of acceleration can be done to jumpstart the economy because there is little the central bank can do on its part. So, the expectation is that all rates would be kept at their current levels for now, to see what most of the fiscal authorities will do before they can take decision,” he added.

In his expectation, the Head of Research United Capital Limited, Mr. Wale Olusi, said all the variables in the economy suggested that the MPC should maintain status quo.

“The volatility in crude oil price doesn’t support any reduction in rate for now because the CBN is very concerned about the exchange rate as well as the impact on the reserves. Also, even though inflation moderated in August, there are factors that suggest that it can climb higher in the following month, because of the border closure and the direct impact on food prices as we have seen, which has led to an increase in the price of rice, turkey and chicken.
“Huge inflation is a huge contributor to headline inflation. So, we think the MPC would be concerned about that as well.

“They are also expected to review how well the banks have complied with the recent directive for them to deploy more of their deposits into loans,” Olusi added. 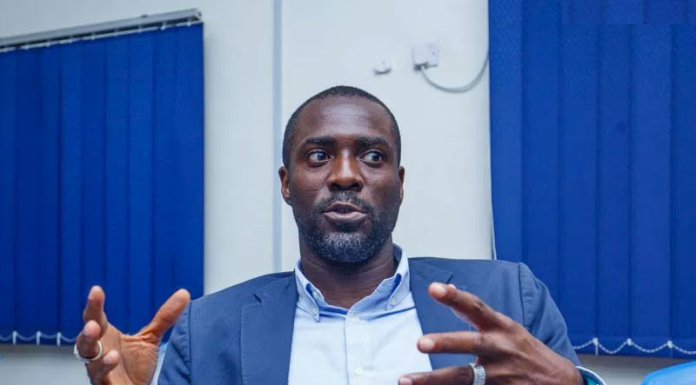