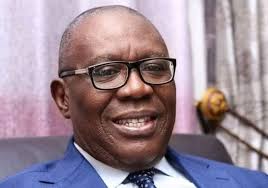 The dream of the Akwa Ibom State government to reposition the state to become a major destination in the area of ICT has received a boost following the plan by Huawei Technologies Company Limited to establish a Huawei ICT Academy at the State Polytechnic (AKWAPOLY).

The Chairman, Governing Council of the institution, Mr. Ekpeyong Ntekim, while briefing journalists in his office, said the academy when operational will help in providing several ICT certifications that will be of academic and economic benefit to the state.

He said students of the polytechnic will be trained in the latest trends of ICT by Huawei free of charge against the norm whereby certification costs up to N250,000.

Ntekim explained that with such certification, graduates from the academy will be equipped with skills and techniques to help them become employers of labour and not crowd the labour market as applicants.

According to him, the personnel of AKWAPOLY will also be trained to train others all in a bid to help build capacity and manpower.

He regretted the recent crisis that rocked the institution when a committee was set up to verify courses being offered and qualifications for the purpose of accreditation by the National Board for Technical Education (NBTE).

He observed with dismay that the setting up of the verification committee by the management “appeared to have been misconstrued by some persons who considered it, albeit grossly erroneously, as an audit probe and a witch-hunt.”

However, he revealed that at a meeting with the staff to address the crisis, it was cleared that the exercise was undertaken in the best interest of the institution and for the sole purpose of meeting the September 2019 accreditation needs.

He warned that the management would not condone allegations that are motivated by ill will, blackmail, pecuniary inducements and extortions.

“Government will certainly not fold its hand to watch a few disgruntled persons bring down an edifice that took several years of toil to nurture to this maturity.”

Ntekim described as false the claim of imminent closure of the institution by NBTC on the speculative appointment and or disqualification of a substantive rector, adding that the alleged threat by NBTE to shut the polytechnic and corruption against the acting rector were totally false, misconceived, mischievous and condemnable.