The federal government has resolved the lingering dispute between Shell Production Development Company (SPDC) and host communities within the Oil Mining Lease (OML) 25.

A meeting brokered by the Minister of State for Petroleum Resources, Mr. Timipre Sylva, to resolve the dispute was held yesterday in Abuja.

Shell and the host communities signed an agreement to end the dispute which started since 2017, and reportedly disrupted oil and gas production from the block.

Accordingly, Belema, Offoin Ama and Ngeje communities in the Akuku-Toru LGA of Rivers State, where the oil well is located, had been in dispute with Shell which they alleged neglected them.

Youths from the communities equally shut down a flow station in the area, preventing Shell from operating in their communities

They equally accused the oil company of under-developing the communities, destroying their means of livelihood, refusing to employ people of the communities and polluting their environment.

But speaking at the signing of the agreement in Abuja, Sylva commended all the parties involved in the issue for reaching a truce.

He said the agreement marked the beginning of a new chapter in the petroleum industry.

According to him, a major focus of the petroleum ministry was to ensure that there was zero loss in the industry and that crude oil produced got to the expected destination.

He noted that the biggest beneficiaries of the agreement were not the companies but the communities, especially those in Belema that had been suffering since the conflict started.

“When I came into the office, this was one of the problems that came on the table. There were so many letters from communities complaining with all sorts of interesting parties.

“I decided to invite Shell to hear their own part of the story, but fortunately, the Group Managing Director of the Nigerian National Petroleum Corporation, NNPC, Mele Kyari had gone on to the matter. I have the honour now to thank him for this great intervention,” said Sylva.

He equally noted that: “For Shell and Belema to have cooperated to ensure that there is closure to this matter that has bedeviled the industry for so long, is great.”

Also speaking at the meeting, Managing Director of Shell, Osagie Okunbor, stated that the saga had been on for two years. He expressed his happiness that the dispute had been concluded.

Okunbor, said that to address the agitations of the host communities, Shell had paid over N300 million into the joint Memorandum of Understanding (MoU), account to restart community efforts that it had not done because of certain issues.

He explained that under the joint MoU framework, monies would be paid into communities accounts to execute projects to ensure that employment opportunities get to the people.

He noted that SPDC still remained the operator of the OML 25 and reiterated the commitment of the company to ensure that all parties benefitted from the block.

“I want to convey my deep appreciation to the Group Managing Director of the NNPC for the intervention to bring this issue to a closure. When dispute of this nature happens, everyone suffers, especially the immediate family, recipient community not to talk of investors like ourselves.

“We have been in discussion with communities and Belema oil and sometimes under the auspices of government; we are very pleased that we have finally brought this to conclusion to work on some agreement with communities to achieve a speedy return to operations on that facility,” said Okunbor.

Similarly, the President of Belema Oil, Mr. Jack Rich-Tein said that the agreement signaled that stakeholders share common interest and value to strengthening relationships for the benefit of Nigeria.

Rich-Tein said: “We have agreed that less than 10 days from today, we will visit the communities and appeal to them and then we go to work.

“What has been resolved is that we have agreed to work together, SPDC and Belema Oil. Belema oil is now going to be able to create a lot of employment and for the communities under operations and maintenance part of the activities.“SPDC remains the operators because they still have the license, the communities will be happy because, we will employ them, and they will be able to work with SPDC. 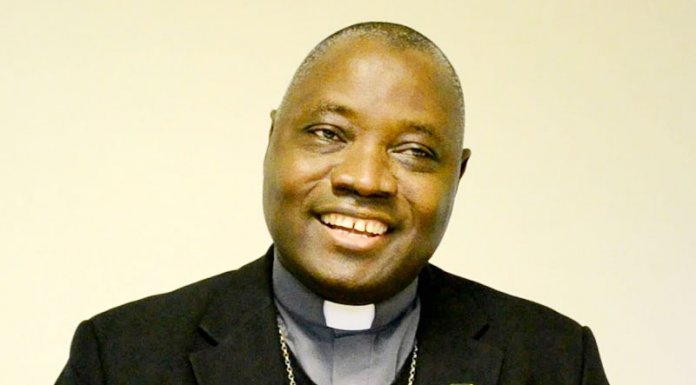 The Lord’s Chosen Commiserates with Adeboye over Son’s Death