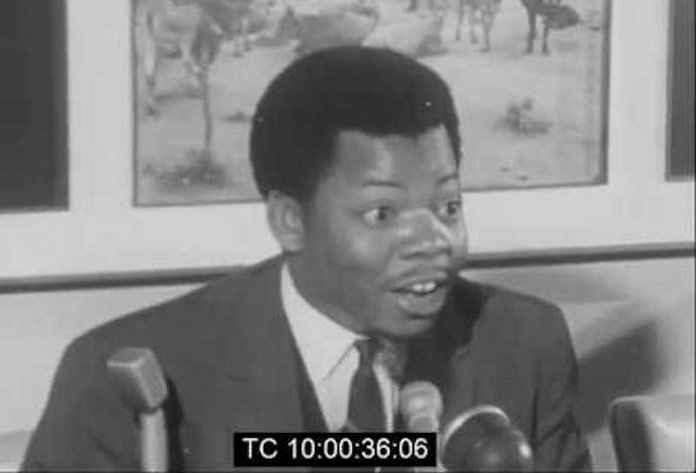 The late Ajie Anthony Ukpabi Asika, died exactly 15 years ago on September 14, 2004 and his life and leadership have been subject of recent revisions of history prompting one to wonder what happened to his post-civil war neo-Biafra ideology and economic development blueprint for Ndigbo.

In May 1967, following the outbreak of Nigeria – Biafra civil war, General Yakubu Gowon, then military Head of the Federal Republic of Nigeria, reorganized the country’s four regions, Northern, Eastern, Western and Mid-Western regions into 12 states. Six of the states were for minority ethnic groups that had agitated for states creation since the 1950s. The creation of East Central State, South Eastern State, Rivers and parts of Mid-Western States out of the old Eastern region comprising the secessionist region of Biafra was viewed as an attempt to deprive the Igbo majority fighting for Republic of Biafra the active support of their neighboring minorities.

By what appears to be a divine design, General Gowon appointed Dr. Ukpabi Asika, a 31-year- old Political Science lecturer at the University of Ibadan as civilian administrator of East Central State (comprising present Anambra, Abia, Imo, Enugu and Ebonyi States). Asika was among the Igbo that remained within the Nigerian territory during the war. His appointment during the prosecution of the civil war seemed to be a strategy to undermine the gravity of the situation since East Central State was still part of the battle front and enclave of the secessionist Biafrans, with General Chukwuemeka Odimegu Ojukwu as the leader. It is, however, inexplicable how General Gowon settled on the Van Dyke spotting intellectual visionary and erudite wordsmith. It seemed more than mere coincidence that fate would again thrust another native of Onitsha onto the national scene in quick succession to personalities like His Excellency and first President of Nigeria, the late Owelle, Rt. Hon. Dr. Nnamdi Azikiwe, and the late Major Emmanuel Ifeajuna, who has been acknowledged as the brain behind the January, 1966 military coup which was largely in reaction to a destructive political crisis which began in Western Nigeria.

In light of continuing hostilities in the east, Asika was unable to relocate to the state capital so his administration remained largely in Lagos until the fall of Biafra’s capital Enugu on October 4, 1967.

For starters, Ajie Asika, like Zik, believed in the self-determination of the Igbo, not as a separate nation, but as separate as a finger united with others as a part of the same hand called Nigeria. Further, Asika, a pragmatic patriot and nationalist believed in the concept of neo-Biafra, a nation without borders for the Igbo because of their adventurous, mercantile and egalitarian spirit, a virtual nation that lives in the heart of every Igbo person, but with a solid root and spiritual home in Eastern Nigeria. He envisioned that the Igbo just like the Jews, cannot be confined to any specific physical national boundary or continent, and saw the state of a secessionist Biafra as antiquated and against the true spirit of the Igbo adventurism. He believed that the grave issues that led to the civil war and destruction of Igboland could have been resolved diplomatically without the further loss of millions of Igbo lives. Asika dreamed and worked for the actualization of East Central State as a great state of excellence within Nigeria and to place it in a pioneering socio-economic and technological position.

Consequently, at the end of the war in 1970, Asika assiduously tackled the colossal job of rehabilitation, reconstruction and reintegration of Ndigbo into mainstream Nigeria and reviving economic life from the ruins of Biafra with a drive that remains unparalleled till date. In the face of obvious lukewarm financial support from the federal government, Asika exhorted and led Ndigbo to rebuild their homeland through great personal exertion and self-sacrifice by calling on their legendary ingenuity, dynamism, resilience and grit. How the East Central State government managed to find enough scarce resources to jumpstart life after the war was like the miracle of Meribah, but it all boils down to the visionary and deft leadership of a 34-year -old youth. He assembled a high powered administration that any nation would wish for. It is amazing that Asika had the burden of the destiny of the Igbo on his youthful shoulders at the age when most Nigerians are still ensconced in their cocoon at home trying to gain independence from parental control. Asika, at that stage in history, had the toughest job in Nigeria and he did not flop. At the end of the civil war, he successfully galvanized the Igbo as a group to rebuild and pursue their collective interest within Nigeria. He enlisted all the eminent players in Biafra, directly and indirectly, to help with the restoration task at hand. Despite their initial scepticism because he was viewed as a saboteur of the secessionist attempt, they could not resist supporting Asika when they saw the tenacity and sincerity of purpose that he brought to the job of reconstruction and revitalization of Igboland. At 34, Asika was a charismatic and surprisingly unifying leader who jealously guarded and protected the interest of his people and ensured their well-being.

His administration floated the indomitable Enugu Rangers International football club which successfully flew the flag of Ndigbo to win national and international soccer championships in the post war years and restored the pride and dignity of Ndigbo. It was a great psychological and spiritual rebirth for the Igbo on the Nigerian scene; Rangers’ feat epitomized the dynamic Igbo spirit. Today, Rangers remains the only club in Nigeria that has never been relegated from the first division league.

Also, in 1971, Asika’s government brought together all the Biafran scientists and created Projects Development Institute (PRODA) to enable the scientists to continue their amazing scientific development work and lay solid foundation for Igbo technological takeoff. PRODA was charged with the broad function of generating and catalyzing industrialization by carrying out industrial research from the laboratory stage to the pilot plant stage, and by rendering consultancy services to governments, industry and individuals. The resultant East Central State Industrial Master plan, designs and prototypes, however, remain largely ignored today by the five successive Igbo states governments, stalling the swift technological takeoff of the Eastern states. Although, the Murtala/Obasanjo regime took over PRODA in 1975 by decree, and presumably starved it of funds, and basically destroyed its aims, nothing prevented Ndigbo from effectively resuscitating PRODA as an Eastern States institute as original conceived on return to democracy in 1999.

To relieve the immediate suffering and prime the economic pump quickly at the end of the civil war, Asika reinstated thousands of former civil servants of Eastern Nigeria and gave them a month’s salary in advance. This was in contrast to the insensitive action of the federal government that Igbo people who deposited the old Biafran currency into Nigerian banks at the end of the war got only a paltry sum of £20 Nigerian currency irrespective of the amount of the Biafran currency an individual deposited.

Despite the near total devastation of school infrastructure in Eastern Nigeria, in March 1970, less than three months after the end of the civil war, Asika’s government courageously proceeded to reopen both primary and secondary schools. The reconstruction of the damaged facilities proceeded simultaneously with academic work. This action not only created employment but had students immediately engaged in learning after a 30 months hiatus. Before the war, most primary and secondary schools were run by religious and private proprietors. Due to the huge resources required to rehabilitate and immediately reopen the schools, which the previous owners totally lacked, the East Central State government legally acquired all schools in order to continue to provide this essential social service to all its populace that were deprived of functional education during the 30 months’ war. A gigantic step in the right direction for this young tusk. The dilapidated state of primary and secondary schools facilities today brings to light a clearer understanding of the miracle wrought by Asika.

Asika’s government also reopened the University of Nigeria (UNN) late in March 1970 with most of its Igbo faculty and about 1,800 prewar students reporting either at the main campus in Nsukka or the Enugu branch. Many university buildings were badly damaged by the war and equipment looted. Asika felt it would be an important morale boost to reopen whatever the difficulties, so he ignored federal critics who urged that the university be dismantled on grounds that it had been a hotbed of secessionism. He prevailed because of his close personal relationship with General Gowon who supported him. Ajie Asika was assisted by humanitarian organizations, Igbos, as well as a reluctant federal government in the task of reopening UNN.

He also established the Institute of Management and Technology (IMT), Enugu which he modeled after the renowned American Massachusetts Institute of Technology and recruited world class lecturers to prepare Ndigbo for the great technological takeoff. Soon after, IMT graduates rivaled graduates of other great Nigerian institutions and universities and went on to become leaders and trail blazers on the national level. Today, and as a result of misplaced priorities, IMT facilities are dilapidated and the school is struggling to hold its niche.

Clearly, trading and commerce are among the main occupations of the Igbo. It was therefore, not surprising that Asika’s government quickly reconstructed markets in Igboland, including the Onitsha Main Market, which was destroyed during the war. Onitsha Main Market was reputed to be the most modern in the old Eastern Region, and busiest market in West Africa sub-region. By 1974, Onitsha Main Market was again functional. The same structures put up by Asika remain till date.

Uwechia is a New York-based Attorney and Author of

The Law and Practice Relating to Clubs