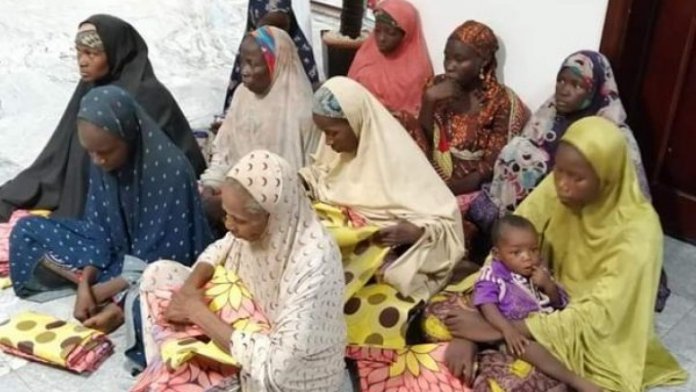 In furtherance of the rapprochement between Katsina State government and armed bandits, the repentant hoodlums have again released 30 kidnapped victims, mostly women and children, in their custody.

The bandits had earlier freed 21 captives from their camps, bringing the number of those who regained freedom as part of the ongoing dialogue between the bandits and government to 51.

The 30 freed captives, which include 15 children, mostly toddlers, 15 women and nursing mothers, were said to have been held hostage in Damsadau forest of Zamfara state by the bandits for more than five months before they regained freedom on Saturday night.

Governor Aminu Bello Masari who received the victims in his office at Government House, said negotiations were ongoing to make sure that the remaining captives were also released from their abductors.

He said: “We are also in touch with other bandits in neighbouring states of Zamfara, Sokoto, Kebbi and Kaduna with a view to securing the release of more captives, particularly those from Katsina State.

“State government would continue to persuade the suspected bandits to release more of the kidnapped people under their care, until there are none in their possession”.

The governor, however, directed that the released captives should be taken to general hospital Katsina to ascertain their health conditions before they would be reunited with their families.

One of the freed captives, Mrs. Zinatu Sani from Kankara local government, while narrating her ordeal to Journalists, said she was abducted by the hoodlums alongside her two children in her matrimonial home.

She added: “The bandits attacked our house in Kankara and took me and my two children to a forest in Zamfara State. They first demanded for N20 million from my husband as ramson but he couldn’t afford it.

“They later reduced the money to N6 million and still my husband and his relatives couldn’t afford it. We do sleep in an open place no matter the rains or heat during day time. The bandits used to give us raw rice to cook with only water and salt”.

She commended Governor Masari for securing their release and urged him to intensify efforts as numerous captives “are still in Damsadau forest in Zamfara”.