Let’s get it right! It’s the poor Africans that are up in arms against the poor in the guise of xenophobia!
Rich South Africans and Nigerian businesses do also cry but hardly on account of xenophobic attacks on each other’s enterprises and lives. At the height of the MTN’s scandalous SIMs infractions, which criminally fuelled insurgency in the North East, MTN masts were never pulled down but the communication giant was rightly slammed with some N330 billion fine by the National Communication Commission, NCC in 2015.

Poor-on-Poor xenophobic violence and looting which recently engulfed parts of Gauteng, Johannesburg, Cape Town and other cities of South Africa with attendant cycle of reprisal attacks on South Africa’s businesses in Nigeria points to deep crisis of governance and leadership in Africa.
In this case, one indifferent approach to conflicts involving the poor Africans, another rule for big businesses and private capital. SA’s President Cyril Ramaphosa belatedly addressed the nation on the fourth day, on the crisis which reportedly claimed some double-digit African lives (almost some 1000 since 2008!). You don’t assuage grief and prevent conflagration of reprisal anger with unacceptable slow response to an unacceptable serial madness, which xenophobic populism has tuned to be.

In 2008, late Nelson Mandela (though in retirement!) together with his Foundation promptly and spiritedly damned “Africans-on-Africans” violence.
A content analysis of the 20-minute address broadcast of President Cyril Ramaphosa on TV indicated that it was inspired by ever worsening domestic SA’s violence against women than a decade long orchestrated assault on African immigrants. Thousands of protesters had marched on Parliament two days in a row demanding a more urgent response to violence against women, the recent casualty being the murdered University of Cape Town (UCT) student Udinese Mrwetyana.

He added further: “Equally, there is no justification for the looting and destruction of businesses owned by South Africans”. And that is the real problem! Are Africans “foreign nationals” in Africa, South of Africa?
The ANC is the oldest political party on the continent formed in 1912. It was so-named African National Congress, (not South African National Congress) by the founding fathers who are all Africans. The Freedom Charter opens with the declaration that: “South Africa belongs to all who live in it, black and white”. Same with SA’s celebrated 1994 non-racial, non-sexist democratic constitution.

What has then happened to pan-Africanism just 25 years apartheid was proclaimed constitutionally dead? Are Malawians, Ruwandans and Nigerians foreigners in Africa? Are Afrikaners and British more African than Zimbabweans and Somalis?
Kwame Nkrumah, on the 24 May 1963 envisioned a continental Union of African States, when Organization of African Unity (OAU) was formed. Kwame Nkrumah, a key proponent of OAU must be alarmed in his grave to hear that Africans in 2019 are erecting new Apartheid walls against each other. As far back as 1973, Europeans copied Nkrumah’s idea, signed the treaty of Rome that led to the formation of European Union (EU). Today, Europe parades common citizenship, common market, common currency and common front against individual African countries with adverse implication for worsening terms of trade.

More frightening was the alleged official sponsorship of xenophobia by some SA’s politicians and leaders. In a statement issued, “Right2Know” a non-governmental Organization, NGO, said it held Johannesburg Mayor Herman Mashaba, Zulu King Goodwill Zwelithini and Ramaphosa personally responsible for the violence. The group said: “The recent xenophobic attacks on non-South Africans can be directly linked to calls by politicians to ‘defend the sovereignty of the state’ and confirms a dangerous emerging trend of xenophobic populism which leads to attacks on foreign nationals. The xenophobic intent was, and still is, very clear. It wanted to do what the state had failed to do: remove foreigners from the city.”

President Muhammadu Buhari’s visit to South Africa next month is very timely. After the recent diplomatic heat, Buhari must shed light on the new reformed relations between the two biggest economies in Africa. The President must do some quality control of the current incoherent official responses informed by legitimate anger against senseless xenophobic attacks. It’s time for an informed foreign policy and strategy.

Buhari must offer some concrete initiatives that would facilitate movement of labour and capital in Africa on the continent within the context of the new African Continental Free Trade Agreement, ACFTA, the Constitutive Act of the Africa Union (AU) launched in 2002 by the Heads of State and Government of the Member States of the Organization of African Unity (OAU) and of course NEPAD.

Where Ramaphosa miserably failed in initiatives, Buhari must make a difference.
The point cannot be overstated: AU was inspired by the noble ideals of African unity, solidarity, cohesion and cooperation among the peoples of Africa and African States.

Buhari must also offer to urgently revive Nigeria- South Africa Nigeria-South Africa bi-National Commission. The commission must address all issues between the two countries. It must also involve organized businesses and organized labour. So far, the relations between the two biggest economies has been transactional between businesses driven by profits, profits and profits, not the PEOPLE.

Buhari must champion peoples-to- people relations with eye on investment, trade and mass job creation in the two countries. Both SA and Nigeria need a new development agenda different from the existing neo-liberal market economy which has produced almost 60 per cent youth unemployment, 70 per cent in poverty, shameless inequality and the great-divide between the two countries’ 1 per cent super rich and 99 per cent poor. Xenophobia will persist as long as many Africans hunt for limited indecent jobs as industries close down.

Nigeria and SA are the only two countries better positioned to ensure the implementation of AU’s Agenda 2063, the Africa’s strategic framework aimed to delivering on inclusive and sustainable development. 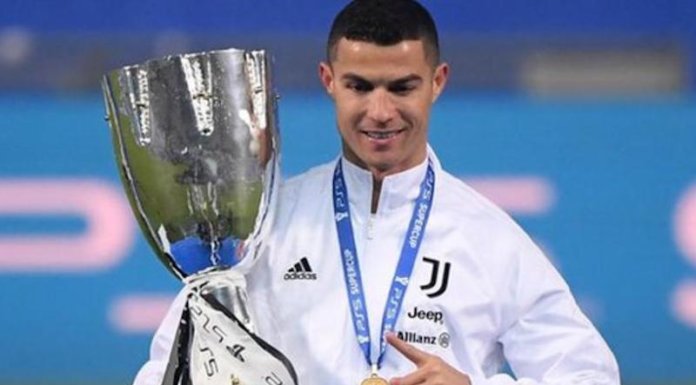