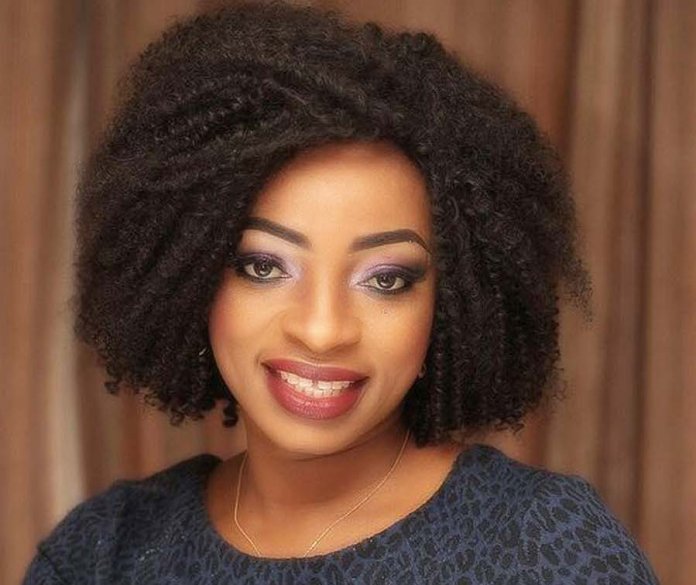 he name Cordelia Emeh doesn’t truly ring a bell in the movie industry. But the story she brings through her new film, My London Slave, which is already showing in cinemas, sure evokes memories of a common event. She recently ventured into film production after a slew of movie roles and now working in partnership with other producers to be reckoned with.

This solo debut movie as a producer tells the story of Ada, a young medical doctor. One of her dreams is to marry a London “Bobo”. Luck shined on her when her best and childhood friend successfully introduced and matched her with her London-based handsome brother. Life was set to be a dream until the nightmares started. The movie which successfully premiered in London on 29th March 2019 starred Nollywood heavy weights like Jide kosoko and Rachel Oniga. My London Slave also features some London based Nigerian actors.

Cordelia, who started acting as a teenager and took part in several stage plays back home, described the latest movie as ‘expository and mind-bowing.’ She had earlier stated that she decided to produce the movie as a way of enlightening Nigerians concerning the dangers of travelling abroad in search of greener pastures.

According to her, “The idea of producing the movie came after hearing the stories of various women in the UK and we decided to share these with the world in the form of a film as a caution.

“We want to open people’s eyes to the different forms of abuse that couples go through in their relationships so as to enable take action when they notice the signs.”

According to TY Moore, “Shooting this movie was very emotional for me. Its stories of people real close to me.” The movie was shot in London and Lagos. Cordelia has featured in TV Soaps and Movies some of which are; International Games, Blood Type, Captivated, “69”, Housewives & Girlfriends 1&2, Enchained, Apostle Do Good, In a Strange land, Love Zone, Tears of the Rich, Love Triangle, Diva Diva, Sister Sister, Maids of Dockland, Silent Journey and many more.

Her first Production was a joint collaboration titled Silent Journey. Her second is My London Slave (MLS). A member of the UK Nollywood Actors Guild, the UK Nollywood Producers Guild and the UK Christian Drama Ministries Association, Cordelia is a wife and mother of four children.

Imo to Try IPOB Members for Murder of Citizens in Orlu