Yusuf was investigated by the Ethics and Fair-play Committee of the NFF after the former Ranchers Bees player was seen in a sting documentary in which he accepted 1,000 US dollars from an undercover reporter disguising as a player’s agent.

The former Enyimba and Kano Pillars coach allegedly received the money to influence his team selection for the 2017 WAFU Cup of Nations Cup in Ghana and the 2018 CHAN in Morocco.

But after a press statement yesterday from the Director of Communications at the Glass House, Ademola Olajire to the effect that Yusuf’s one-year ban had lapsed was interpreted to mean that the gaffer was free to return to his duty post, the social media was awash with vitriolic from football fans and critics.

The decision to recall Yusuf was condemned, with some threatening to stage protests at the Glass House in Abuja if indeed the coach was back to his Eagles job.

Olajire later in the evening told THISDAY that Coach Salisu Yusuf has not been recalled but that he has completed the one-year ban.

“Coach Salisu Yusuf has not been recalled. What I said in that statement was that he has served the one-year ban. It is on the board of the federation that can determine whether to recall him or not,” observed Olajire last night.

The 1,000 US dollars cash gift offered by Tigers Player’s Agency, (an undercover reporter), was purportedly on behalf of players Osas Okoro and Rabiu Ali, for their inclusion in the list of players for the 2018 CHAN competition in Morocco

Meanwhile, the NFF has praised the performance of the Olympic Eagles in qualifying for the 3rd Africa U23 Cup of Nations after a 5-0 mauling of their Sudanese counterparts, just as it noted the impressive streak of the National Teams in qualifying for major competitions.

NFF General Secretary, Dr. Mohammed Sanusi, said on Thursday that the federation was elated at the performance of the U23 boys, not only for the high score win, but also for the steel, savvy and smoothness with which the performance was delivered.

“The 5-0 victory was very sweet, but what made it sweeter was the way it was delivered. And from that game and from the delivery of the Super Eagles in the friendly with Ukraine later that night which ended 2-2, we can confidently say that the future of the Nigeria senior team is bright.

“We had a very young team out there in Ukraine as a result of the forced withdrawal of some of the old breed, yet they delivered a heartwarming performance that everyone was proud of.”

Sanusi noted that the qualification of the U23 boys for the Olympics qualifying tournament in Egypt meant that none of the national teams had failed to qualify for a major tournament in the past 18 months.

“The last Nigeria team to fail to qualify for a major competition was the U-17 girls, when they lost to Cameroon on the away goal rule in January 2018, in the final qualifying round for the FIFA U17 Women’s World Cup. 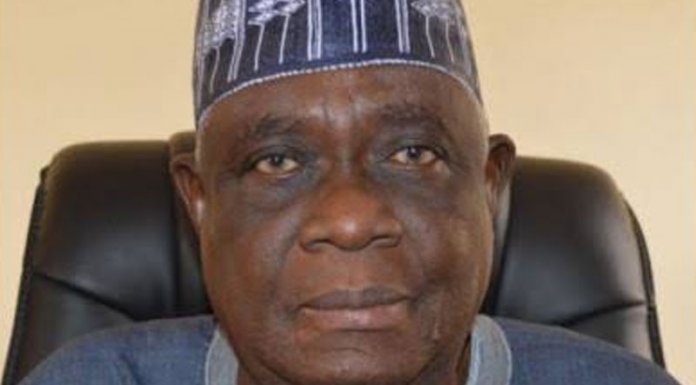