Marking her mark in the film space, popular ex-international model, Chika Lann makes a comeback to the limelight with heist film, ‘The Millions’, a year after her N40 million hairdo claim broke the internet.

The film sees the fair-skinned beauty in the producer’s seat for the first time. The film, which was shot in Lagos, Kaduna, and Abuja, tells the story of a charismatic con man who carries out the supposedly ‘biggest heist in history’. It stars Ramsey Nouah, Ayo Makun, Blossom Chukwujekwu, and Nancy Isime in leading roles.

According to Lann, she chose the concept of the film because it was different and brilliant. A type of story that is different from the comedy genre movie lovers are used to. In Nollywood, films in the heist genre, a subgenre of action films do not make up a good percentage of films produced in a calendar year when compared to Hollywood. The comedy genre takes the top spot.

‘The Millions’ revolve round Bem Kator (Ramsey Nouah), a con man who finds himself in a conundrum after he defrauds an unsuspecting fellow that stole money from a close relative to meet Bem’s demands to make him rich. Afterwards, Bem is confronted by the notorious relative who threatens him to return his money. To offset his debt, Bem reconsiders an earlier offer to carry out a heist that involves burgling an apartment to retrieve the sum of $42 million.

‘The Millions’ presents its plot in a convoluted pattern with blurry details which was intended to create suspense, but turned out to be confusion. Whilst heist films are usually marked by out-of-the-box ideas of its perpetrators, ‘The Millions’ chose to prioritise each person’s ulterior motive in the robbery scheme.

It clumps a simple narrative to create drama. It wasn’t about how resources were intelligently pooled together to surmount the challenge of penetrating a heavily guarded quarter, it was one where the shortcomings of members of the gang is blown out of proportion. This somehow questions the central plot, if it was built on trust or on tactfulness of those involved in the heist.

Traditional heist films bank on elaborate plot that highlight the con man’s ability to manoeuvre difficulties. In ‘The Millions’, the writer Tunde Apalowo tears a page off 2008’s British heist flick, ‘The Bank Job’. This borrowed essence or similarity is the centrepiece that keeps the plot afloat; aside from that, there is no je ne sais quoi to it.
The film relies too much on comedic effects, so much, one begins to question if it was originally intended as a heist film that exploits the wits of con artists or comedy. Of course, most films in the action or thriller genres employ comedy, but it does so in a way that teases and not overwhelm. ‘The Millions’ fails in striking this balance.

Regarding plot holes, there is no synergy among the characters. Even after identities are revealed, it leaves the viewer in doubt, struggling to logically piece sequence together.

The infusion of conflict into any script helps shape the narrative of that story and by extension, pique the interest of its audience. For the character Bem, the challenges he faced did not match his calibre. Posed with similar quagmire, an average smart person would scale through same conditions in the burgling process.

The only time he and his gang faced a major setback in what could easily be the height of suspense, the script plays safe by resolving the situation using a weak deus ex machina moment in the form of noise generated from an indoor party held in a supposed soundproof building as distraction.

This poor technique leaves its audience flat as unleavened bread in desperate need for suspense to raise spirits. It was a far cry from director Toka McBaror’s claims to beat Hollywood on this film.

On characterisation, Nouah projected a plausible character, but his effort was flawed by the script’s inability to make him appear invincible enough to face any substantial challenge or a vulnerable moment where he almost breaks.

The rest of the crew also held their own delivering lines that match the character they portray. However, this can’t be said of Lann, who also starred in the movie. Her character bears the special ability of appearing out of the blue.

Understandably, there was a need to appeal to the local audience with comedy, but this single ingredient was a tad much in the mixture, thereby transforming the film’s thriller texture to a light-hearted comedy.

With the right fanfare or controversy, the film is likely to recoup its budget. Nevertheless, what Lann failed to achieve in storytelling, she made up in cinematography. Indeed, it was top-notch. In fact, it was one of the better parts of the film. At least, it makes her flawed script almost pardonable. 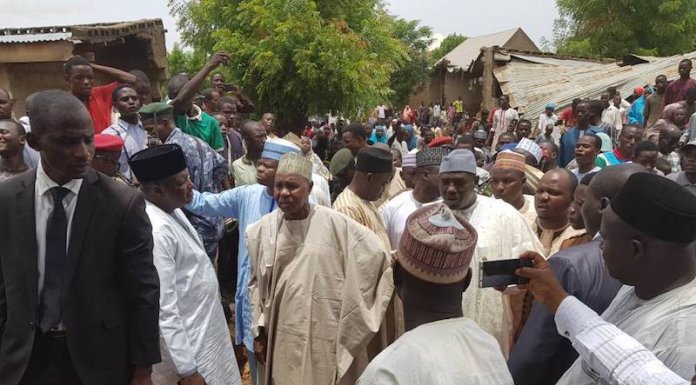 ‘We Can’t Increase the Workforce in Ebonyi Yet’