The Economic and Financial Crimes Commission (EFCC) has escalated its probe into how a firm promoted by an Irish, Mr. Michael Quinn, and registered in British Virgin Islands, Process and Industrial Developments Limited, secured an agreement with the federal government, an alleged breach of which has attracted an enforcement order, by a British commercial court, of a $9.6 billion arbitral award against Nigeria.

THISDAY learnt yesterday that the anti-graft agency is expanding its focus of investigation following a report published on September 4 by Bloomberg BusinessWeek, which detailed past suspected fraudulent activities by Quinn, now deceased.

It was learnt that the Bloomberg report had generated concern among top government officials as it detailed a pattern, similar to the controversial Gas Supply and Purchasing Agreement (GSPA) P&ID entered into with the Ministry of Petroleum Resources, on behalf of the federal government, in 2010, which led to the $9.6 billion arbitral award, now largely suspected to have been procured under fraudulent circumstances through which the late Quinn had previously tried to wangle hefty sums of money from the Nigerian treasury.

Under GSPA, Nigeria was to supply wet gas to P&ID plant, to be built in Cross River State, which would be processed and used to generate about 2,000 MW of electricity for Nigeria.

The Bloomberg report showed that the late Quinn, who began living in Nigeria in the 2000s, wormed his ways into the hearts of top government officials and political bigwigs, and had a reputation of short-changing Nigeria in the contracts awarded to him by his friends and contacts in government.

He was reputed to have known former President Olusegun Obasanjo, his successor, late President Umaru Musa Yar’Adua, and a former Chief of Army Staff, Lt-Gen. Theophilus Danjuma, who was also a former Minister of Defence in the Obasanjo administration in 1999.

The Bloomberg report showed that contrary to Quinn’s claim before the court during the arbitration in the failed gas supply project that he borrowed $40 million in preparations for the GSPA, it was Danjuma, who claimed the project was his idea that gave him the money.

According to the report, among the projects the late Quinn was involved with in Nigeria was a contract to repair and upgrade 36 British-made Scorpion tanks in Bauchi, in which he gamed the system by supplying used and faulty parts as well as equipment.

He was also reportedly involved in a contract to supply 4,000 rounds of tanks ammunition to the Nigerian Army.

He was said to have been involved in a contract scam that led to him be charged with espionage and handling secret military materials along with his son, Adam and others, including three Nigerian officials.

Among the litany of his alleged bids in trying to defraud Nigeria through contracts and arbitration was the $5 million contract he won through one of his companies, Industrial Consultants, which in 2010 brokered the deal with the Nigerian Air Force to repair ejector seats in six Alpha Jets, a fleet of small fighter aircraft for training.

However, the Nigerian Air Force withdrew from the contract some months after the deal was sealed for a British company, North Wales Military Aviation Services Ltd. (NWMAS) to carry out the repair.

The dispute for the botched contract went into arbitration with the Nigerian panel describing the reasons for the pull out of the air force as “flimsy, untenable and unacceptable…”

The arbitration panel also awarded the British company about $2.3 million for work allegedly done, plus interest.

However, the British company, which was suspected not to have been aware of the proceedings at the arbitration panel, as it had been sidelined by Quinn, who had reportedly registered a local company, NWMAS Nigeria Limited to surreptitiously take over benefits from the contract.

It was reported that the inability of Quinn’s company to collect the arbitral award informed his decision to make the seat of arbitration in subsequent contract dispute to be outside Nigeria.

In another arbitration dispute involving IPCO (Nigeria) Limited, formerly part of Singapore-based construction group, IPCO International Limited, there was a $150 million case against the Ministry of Petroleum Resources over alleged delays in the construction of an oil terminal for the Nigerian National Petroleum Corporation (NNPC).

But THISDAY learnt that when NNPC lawyers probed the contract, they discovered that the work was not quite done.

However, they settled the dispute at $39 million and the money was paid into an escrow account.

It was gathered that investigation so far has shown that P&ID were consultants and friends to those behind IPCO, led by one Olu Adewunmi.

Given the nexus between the IPCO dispute and P&ID, sources said the EFCC were now trying to determine if there was a pattern of fraud being perpetrated by the company using phony contracts and arbitration.

Besides, the commission was considering probing the payment of $39 million arbitral award to IPCO.

A source said that EFCC believed that Danjuma was crucial to unearthing the fraudulent activities of the P&ID promoters, given his allegations contained in the Bloomberg Businessweek report that Quinn cheated him out of the GSPA deal.

EFCC agents were also said to be investigating possible case of perjury against Quinn, who in his averment claimed that he borrowed the $40 million from the bank in preparations for the gas plant.

Quinn’s averment is, however, contrary to what Danjuma told Bloomberg Businessweek that one of his companies, Tita-Kuru Petrochemicals Ltd. spent the $40 million in preparations for the gas plant.

He had said Quinn was a consultant to the project, using his funds and office.

Before the publication of the Bloomberg report, President Muhammadu Buhari had ordered the EFCC, the Nigerian Intelligence Agency (NIA) and the Inspector General of Police to thoroughly probe P&ID.

Besides the probe, the federal government had signified its intentions to appeal the judgment of the UK court and to fight any attempt to seize its assets to defray the arbitral $9.6 billion award. 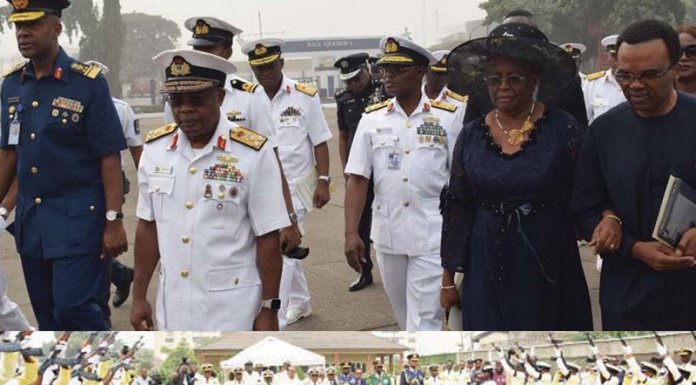 Sanwo-Olu Lauds Effort of Foundation in Fight against Cancer