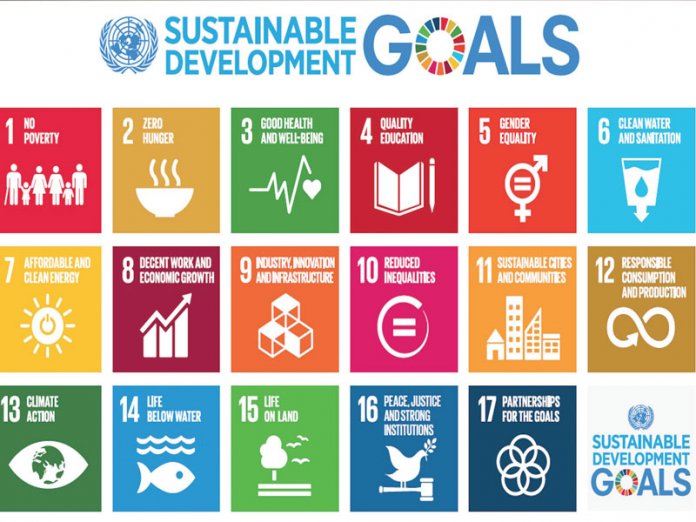 The United Nations 2019 reports on Sustainable Development Goals (SDG) stated that the impact of climate change and increasing inequality across and within countries on its sustainable development agenda.

The report further explained that progress have been recorded in some areas such as extreme poverty reduction, widespread immunisation, decrease in child mortality rates and increase in people’s access to electricity.

It added that the global response has not been ambitious enough, leaving the most vulnerable people and countries to suffer the most.
The SDG has continued to dominate public conversation with a focus to ignite social change and action.

That was why at the third edition of the Aspire Coronation Trust (ACT) Foundation forum held in Lagos recently, the issue of SDG was the focal point of discourse.

The dialogue which was themed: ‘Social and Global Impact: Engaging for Growth,’ was aimed at improved synergy among stakeholders in public and private sectors to engage for sustainable development in Africa.

Speaking at the event, the Group Managing Director of Access Bank, Dr. Herbert Wigwe, called for sectorial engagement in order to drive sustainable development and pave discussions to create new strategies, while highlighting the importance of strategic partnership to increase the scope of the organisation.

The keynote speaker, and the entrepreneur in residence, Ausso Leadership Academy, Dr. Austin Okere, explained that five forces are responsible for driving sustainable growth and it includes organisations, population, enablers, infrastructure, socio-political environment.
He added that the SDGs are about people, planet, prosperity and peace and driving development in an inclusive way that leaves no one behind.

In analyzing the first of the five forces which is organisation, Okere said many of those in a society stuck at the wrong end of the gini-coefficient is majorly locked out of the ‘consumption pool’ for a variety of reasons; including affordability, availability and awareness.
He also alluded to the view of a research fellow at the Clayton Christensen Institute for Disruptive Innovation, Efosa Ojomo, who said the way competition is defined, and the method employed by companies to assess the competitive landscape leaves out the most important competitor of all non-consumption.

He argued that the feisty competitor is more prominent in emerging markets, stating that while companies compete for few people in the consumption pool, and its fiercest competition is the huge segment of society that is not consuming.

Okere, explained that finding ways of including this large demography would not only boost production, sales and distribution, but would also provide additional jobs to meet the increased demand, “this sets off a self-sustaining cycle of growth and further inclusiveness.”

“He also made the car easier to drive so that owners would not have to hire a driver or need special expertise. Some of Ford’s innovations were the assembly line which reduced the Model T chassis assembly from 12.5 hours to 1.5 hours. Ford passed on the cost savings to the new class of consumers of automobiles such that by 1925 the price of his car had plummeted from $825 to $260.”

Population
The second force which he identified and explained was population. In his analysis on population, he noted that while society in the past was split between the haves and have nots, society today is split more along the lines of those who are included and those left behind, adding that inequality is most heavily felt in emerging markets, where 80 percent of the world resides.

Continuing, he alluded to India, where seven companies are on the Fortune’s 2016 Unicorn List based, especially in the e-commerce sector and which he noted is more than South Korea, the Netherlands and Canada combined.

According to him, “However, the 12.5million employed directly and indirectly by the ICT sector and contributing 25 percent of India’s export revenue, accounts for only 2.5 percent of the national labour force.
“The bottom line is that India is an agrarian society with more than half the population engaged in agriculture and allied industry. By cutting subsidy on irrigation and other rural needs and switching farm output from food crops to fertilizer intensive cash crops, the poor have gotten poorer.

“On the other end of the chasm, dollar billionaires in India have jumped to 110 in 2015; the third-largest after the US and China, while dollar millionaires have crossed the 250,000 marks.

“Economies can grow without becoming prosperous. We saw this happen in the 2000s when many African economies, such as Nigeria, Angola, and Equatorial Guinea, were the fastest growing in the world but failed to create prosperity for millions of their citizens.

“A close examination of those left behind shows that they are mostly the youth of our society. For example, while the unemployment/underemployed rate in Nigeria is 32.6 percent, the rate among the age bracket of 15-24 years is as high as 58.3 percent.
“A highly engaged labour force earns salaries for an expanding stable middle class, that ensures purchasing power, and they pay taxes for Infrastructure development and social welfare.

“By 2050, Africa’s population will double, reaching 2.5billion people just about the current combined population of India and China. In Nigeria, the working-age population increased from 111.1 million in 2017 to 115.5million in 2018.

“What is worrisome is that while the population was growing at a rate of 2.6 percent, the Gross Domestic Product (GDP) growth rate was just 1.9 percent, lower than that of the USA 3.1 percent in Q1 2019 and 6.9 percent and 6.6 percent China and India respectively. Enablers refer to regulators, technology, education, healthcare, financial institutions and social impact organisations.

“While regulators can either be a source of tailwind or headwind depending on your clime, technology such as artificial intelligence, machine learning, virtual, augmentation, virtual reality and big data has drastically disrupted the landscape, with the most impact felt in technology platforms.

“The biggest impact of technology has been in platforms, such as Facebook, Google, Amazon, Uber and Airbnb. There is hardly an area of economic and social interaction that is left untouched by these Platforms in some way or form.

Infrastructure
Infrastructural components such as power, ports, transportation, communication and housing are vital in driving growth and producing shared prosperity in any economy. It has been revealed that by 2050, the infrastructure needed for the 2.5 billion Africans would be unprecedented in the history of humankind. There would be 700million housing units, 300k schools, and 100k health centres.
The United Kingdom has underground Tube system which moves 1.35billion people annually and has been operating for about 150 years. African countries such as Ethiopia and Kenya are making strident advances in rail transportation.
Conversely, rail transportation will play a major role stimulating growth, creating jobs and contribute to meeting the infrastructural need of Africa by 2050.

Socio-Political Environment
Speaking further, the entrepreneur in residence remarked that nothing impacts the attraction of capital and rapid economic development like a stable socio-political environment.

He explained Nigeria is a classic example of a nation rich in-laws but weak in enforcement, therefore stated that the blind application of the law without regard to status, colour or creed is what enshrines deterrence and increases the value of the real estate of the postcode.
He added that there is no doubt that the recent imposition of a hefty $15 billion fine by the US Government on German carmaker, Volkswagen, for emission results falsification would cause contemporaries to think twice before yielding to any similar yearnings for shortcuts.

According to him, “It is the pursuit of deterrence that drives developed countries from sparing any high ranking members of the society who fall foul of the law, not least their Presidents, who are held to a higher account. The celebrated case of former American President, Richard Nixon in the Watergate scandal is a good example.

“On this score, we have a lot to do to change the negative perception of the Nigerian (and indeed African) postcode. The rule of law is more about enforcing existing rules than creating new laws. Any society that does not abide by some code of conduct whether in public or private matters tend to become chaotic, and virtually ungovernable.

“The whole society eventually descends into a macabre dance of impunity. Conscience is thrown out, and justice is on sale to the highest bidder. According to the Executive Director, United Nations Office on Drugs and Crime, Yury Fedotov,

“Corruption represents a major threat to the rule of law and sustainable development the world over. It has a disproportionate, destructive impact on the poor and most vulnerable, but it is also quite simply bad for business.
“There are many successful nations with no significant natural resources that have done very well, such as Singapore and Dubai, and some with significant natural resources that have also done well such as Norway

“The difference between the poor and rich nation does not depend on the available natural resources, there is therefore, no substantiation to the notion of substantial natural resources as a curse – otherwise, why is Norway not cursed?

“Japan has limited territory, 80 percent mountainous, unsuitable for agriculture or farming, but is the second in the world’s economy. The second example is Switzerland; it does not grow cocoa, but produces the best chocolates in the world.

“Executives from rich countries who interact with their counterparts from poor countries show no significant intellectual differences. The good news is that racial or colour factors also do not evince importance: migrants heavy in laziness in their country of origin are forcefully productive in rich European countries. What then is the difference? The difference is the attitude of the people, moulded for many years by education and culture.”