In line with his vowed campaign promise to effectively promote operational security system of the state, Governor of Imo State, Hon. Emeka Ihedioha, has said the security of lives and property in the state remains the cardinal agenda of his administration.

He noted that his administration has continued to make deliberate and positive efforts to deliver on his campaign promises, adding that part of the efforts is to wade off hoodlums and guarantee peace and unity in the state.

The governor stated this at the official launch of a joint security operation, code-named: ‘Operation Iron Gate’ held at Hero’s Square in Owerri, the state capital, yesterday.

The event had in attendance all security chiefs in the state; heads of traditional institutions, chairmen of Interim Management Committee of the Council Areas, top government officials among others.

He commended the security chiefs, local government area chairmen and stakeholders who contributed to the realisation of the programme, adding that his government would also partner the private investors towards improving security with a view to enhancing investment and the economy of the state.

The governor said: “It is the sole responsibility of the government to provide for the welfare, peace and security of its citizens. Consequently, on assumption of office, we have taken very critical, positive and deliberate steps to ensure that we meet our people at the point of their needs.

“It is very imperative that we have to take deliberate steps against criminals who have begun to threaten the peace of our state.

“Also, our draft bill to set up a Security Trust Fund is ready, and we believe that the state House of Assembly will begin to deal with it immediately.

“The state government is appreciative of the battle-readiness of the security agencies to ensure total security in the state.”

Earlier, in their separate remarks, the Special Advisers to the Governor on Security, and Local Government and Chieftaincy Affairs, Raymond Nkemdirim and Chukwudi Mayor Eze respectively, commended the governor for the initiative, assuring him that it will yield the expected result for the good of the people and state.

The Chairman of the State Security Committee and Imo State Commissioner of Police, Rabiu Ladodo, lauded the governor for his attention to security matters since assumption of office, and assured him on behalf of all the security agencies to give their best in guaranteeing security and overall development in line with the vision and agenda of the state government.

Major highlights of the event were the official launch of the security operation and distribution of the vehicles to the 27 council areas of the state and security agencies to aid effective operation and performance. 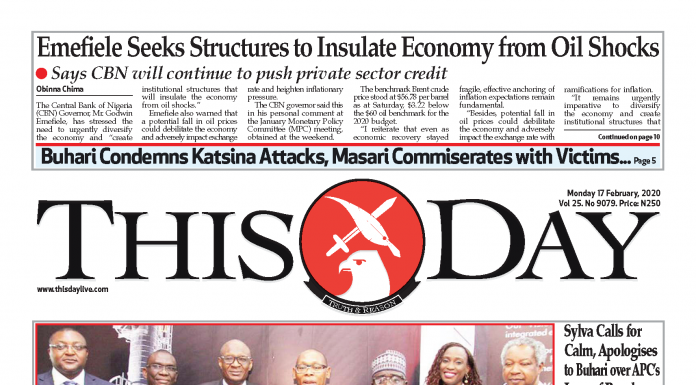 What Buhari’s Booing in Maiduguri Proves

Primate Olabayo and His Enemies