I think the people of Edo State are the greatest beneficiaries of the Sallah celebration.

Really? What happened? Did the herdsmen dash the Edo people all their cows?

Who is talking about cows? Didn’t they get much more than cows?

How? I don’t understand. What did they get?

Did you not hear that the two elephants who were ready to square it out at the Oba Market , near Ring road, in Benin-City, have decided to sheathe their swords?
Huh…, you are still looking dazed. Did you not hear that Comrade Adams Oshiomhole alias Osho Baba who has been kitting up for the great fight, has suddenly sued for peace and described Governor Godwin Obaseki as his brother? Are you not in this country?

Hmmm, beware of the embrace of politicians! As Shakespeare once said, there is dagger in men’s smiles. I am not taken in by the antics and drama of politicians. They are full of trickery and mischief. In fact, I can tell you both demagogues will be even more careful now, guarding their territories with all their might and strength.

How can you describe a sitting governor and a national chairman of the ruling party as Demagogues? What kind of choice of word is that?
Look, I can tell you that Oshiomhole has a large heart. He is a Catholic. He won’t betray the claim he has publicly made. And you very well know that Gov Obaseki is a perfect gentleman. Don’t be the doubting Thomas of our time.

Call me any name you like. You describe Obaseki as a perfect gentleman. That’s the same person who had dared the National Assembly to come and take over the Edo House of Assembly. With such gentlemen, we don’t need motor-park rascals.

Never mind that. In politics, you have to talk and sound tough at times. That’s how you assert yourself and become an emerging power baron. After all, a sitting governor almost has an infinite power.

So, what will happen now? Will the National Assembly still make good its threat of taking over the proceedings of the Edo House of Assembly or will it simply acquiesce?

Don’t ask too many questions. Pray that everything goes well. If the thing troubling the water has been removed, the water body will become calm. So expect calmness.
The two generals will soon resolve the issues and collaborate to move the state forward. That’s the abiding duty of leaders. Nobody gains from in-fighting. It is the state and ultimately the people who will lose.

Well, we hope that henceforth, there will indeed be peace. That Oshiomhole will use his influence at the centre to benefit the people of Edo State.
But above all, that he will allow and support Obaseki to run for a second term; because that is the bone of contention.

That will not be a problem as long as there is mutual respect by both persons. Don’t forget Oshiomhole was literally the Chief Campaign manager of Obaseki when the latter was first seeking the governorship seat.

Yea, I remember. That was before the mischievous people threw spanner into their wheels.

Now, Sallah and President Buhari have removed the spanner. And the people of Edo State will heave a huge sigh of relief

Why credit President Buhari with this feat?

Don’t you know this peace deal is called Daura Accord? Was it not when they all went to perform sallah homage to the President in his Daura hometown that the feat was achieved? Many of you don’t know Buhari is a real strategist

Don’t open another debate. Let us all go home and pray that the peace accord does not break down so the people of the ancient Bini Kingdom will have peace and progress. 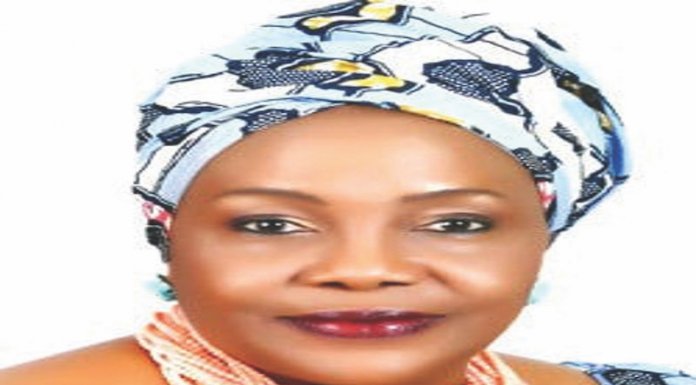 IG Vows to Bring Killers of UNIBEN Student to Book