Let me do a little introduction of myself here. Am a Nigerian born medical practitioner based in the USA. I also happen to hail from Udenu in Enugu North senatorial district which places me in the same geo-political zone with the current occupant of the Lion building. If you would let me,I might even add that by Nigerian standard of today, am probably not a terribly hungry guy.

I believe the above is necessary to bring to the fore whatever conflict of interest an unbiased reader of this article might want to know. That said,let me be also clear that I have no interest whatsoever in anything else other than an attempt to give my little take on this enterprise called Enugu State.

I have often wondered why the world, especially Nigerians, habour a silent admiration for the so-called macho men in power. We celebrate folk heroes like Idi Amin,Sani Abacha, Fidel Castro, Hugo Chavez, etc. Some would even love their leader modeled after Donald Trump,the new kid on the block. We garb them in such superlatives like the strongest, most powerful and even crown some freedom fighters and liberators of their people.

Yes,we profess to hate their grandstanding and narcissism yet we can’t seem to get enough of them.We all make pretensions to wanting purposeful and visionary leadership.Truth is we only remember those virtues at the funerals of great men who dared to do things differently. It surely makes for an interesting oration. Let’s be clear, the world silently craves for the thrill of macho men. Maybe because there are hidden entertainments inherent in their madness and someone once reminded us it’s illegal to bore people. We want them to come completely packaged in drama. The more merciless and over the top,the better. We easily get bored when men in power fail to use their position to a vicious advantage. Or if they don’t wallow in moral decadence, cavorting with under-age girls in luxury resorts. The more I try to understand the rational behind this mindset, the more perplexed I get. Maybe because they remind us of our own foibles. Or we simply enjoy the melodrama of being driven to the precipice.

Am sure legends like Ghandi may have endured such less endearing words like weak, lame and at some point labeled a sell out to the British. Just because of the way he chose to lead his people. Yet we will all agree that aside from Nelson Mandela, no one comes even close to his universally recognized statesmanship in this past century.

My first encounter with Gov. Ugwuanyi was few months preceding the 2015 governorship election. A mutual friend now of blessed memories had introduced me.I had gone to make the case for him to “remember” my hometown should he win. Let me state clearly that at the time,feelers around town were seriously pointed in favour of him winning the election.I was surprised that even though I had no way of helping with the outcome of that election, he was gracious enough to give his audience. Following that visit, I was so in awe of the depth of his humility that in fact, I started to believe in the capacity of our political elite to field great candidates. As I later found out,almost all that have had to interact with him came out with similar experience.Today, he has used that uncommon approach to governance to foster lasting unity in the state. Be mediating between warring communities or even extending an olive branch to rival political groups, one may be tempted to stock take on the modest progress his administration has recorded in the previous four years. He would have been beating his chest on the aggressive expansion of rural road network in all nooks and crannies of the state or brag about the ambitious revitalization of our aging infrastructure. I would be touting the hundreds of thousands of unit in new housing developments,all in the face of a dwindling federal allocation and meager IGR. But we will resist such in deference to the weighty issues plaguing our state as part of the larger entity that is Nigeria today. For the oath he took on May,29th mandates that, and his administration priorities demands that. The seriousness of the security threats we face every day is a testament that we are indeed living in a turbulent time. I believe there is never a more auspicious time than now to discuss the state of our affairs.

Like many of you, we have watched with deep anger,sadness and trepidation,the gory pictures trending in social media.We have heard horrible stories and seen disturbing images depicting the loss of life of an anointed man of God.The type that makes you cringe and wonder why men would be so evil. Far too often his excellency have had to visit with the victims and their families,participate in the wake and held hands consoling as they mourn the loss of a loved one. Better believe no one feels this pain more than your governor.

The question is, what has the administration done to tackle these problems? What proactive measures have he and his team put in place? And why now are we just addressing this? Fact is,from the outset,the issue of security has always been a top priority of this administration.Perhaps it may interest you to know that Enugu state under Governor Ifeanyi Ugwuanyi has provided more operational vehicles and patrol allowance, material and logistics support to the State police command more than any other governor before him. In fact,independent analysis ranked Enugu second in the entire country with regard to police manpower strength via-a-vis state population and resource index.

Whereas the issue of insecurity is not peculiar to this part of the country,we understand the unique position Enugu occupies as the political capital of the old Eastern region and what she means to Ndi-Igbo everywhere.Ugwuanyi administration view the responsibility to ensure protection of life and property of our people as not only paramount but ranks highest in his priorities.They have continued to consult widely and have listened to all your ideas,consistent and conflicting,good or not so good,all well-meaning.Some had suggested carrying out reprisal attack,believing all attacks are perpetrated by herders. Others insisted on seceding from the republic.A very few are even beating the drums of war.One cannot in all honesty,cast blame on the judgement of those not privy to the daily security briefing available to the governor.

Truth,however,is most of us understand the sensitive and complicated nature of the situation and so caution against brash and irrational approach.The type that is full of sounds and fury, heating up the polity and endangering the lives of our people far and near and yet unable to deliver any foreseeable benefit.In the end,as our leader,the ultimate responsibility is for him to filter through the disparate voices.Be rest assured he has and will continue to follow the path he believes will work best for our people.In so doing, he is aware his method may not be the most popular but it’s the price of leadership he is prepared to pay.He has been accused of trying to appease rather than fight and advised to be more aggressive and confrontational.To which I ask,why create friction when you can build momentum?

In the wake of the recent incidence involving the catholic priest, Rev.Fr.Paul Offu,the Ugwuanyi administration has instituted series of additional security measures as follows: one, the approval for immediate employment of 1700 Forest Guards comprising 100 persons per LGA.This is in compliance with the recent decision of the South East Governor’s forum on Community Policing.

Two, anti-kidnapping bill will be expeditiously sent to the state assembly as an Executive Bill to ensure maximum deterrence. Three,

strengthening of our local vigilante groups and partnering with the broader security agencies in the state.

In addition there will be effective air surveillance by the Nigerian Air Force (NAF) along the Ihe-Agbudu axis,Awgu,Aninri,Nkanu East LGA and their environs.

These measures will have a far reaching effect towards curbing this menace when complimented by the effort of a watchful and security conscious citizenry. He has continued to make the case that security is everybody’s business. 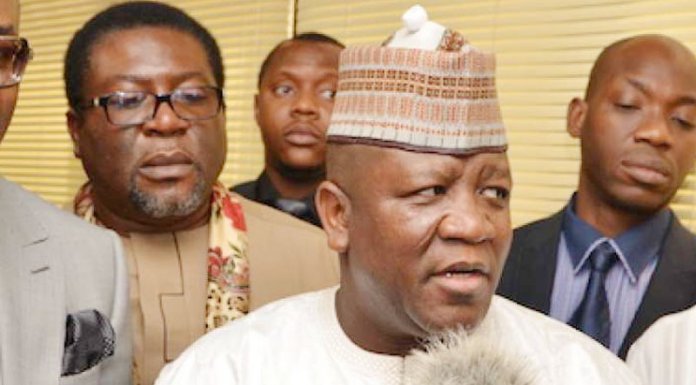