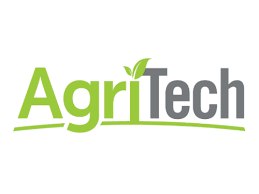 Africa’s emerging agritech market valued at €5.3 billion is hugely untapped, according to a new report by the Technical Centre for Agricultural and Rural Cooperation (CTA) and Dalberg Advisors.

The report titled: ‘State of Digitalisation of Agriculture in Africa 2019,’ identified online marketplace solutions such as Agrikore as significant use cases of how digital tools were being built to tackle major challenges of attracting and retaining a significant number of buyers and sellers. The platform, it noted, was helping to solve the problem of inefficient and fragmented agricultural markets.

The agriculture market in Africa was projected to grow to $1 trillion by 2030.

“It continues to be a catalyst of sustainable development primarily for enhanced food security, secondary, in the reduction of poverty and the overall growth of the continent’s economy.

“Technologies such as mobile telephony or blockchain have become enablers that can be used to solve some of the challenges plaguing the sector,” the report noted.

It also identified Cellulant as being among only 390 active Digitalisation for Agriculture (D4Ag) solution providers that were working across the continent and have the potential to, not only support agricultural transformation, but also the ability to do so sustainably and inclusively.

The report presented evidence on how these enterprises had proven that digital tools could improve market efficiency, transparency, aggregation and integration.

Speaking on the finding, Cellulant co-CEO Bolaji Akinboro, stated that, “technology is at the heart of transformation in Africa. We believe by innovating around how supply and demand are organised, we can solve Africa’s food crisis. We are scaling up our existing payments products in the agriculture sector, this will allow us to increase access to payments for the millions of farmers who are still unbanked, despite the financial inclusion revolution.”

Unlike many of the D4Ag solution providers studied in the report, Cellulant’s Agrikore solution was noted to be one of the few marketplace players focusing on digitising  at both the input and produce stages by linking all the players in agriculture at the input level (farmers, agro-dealers, financial institutions, governments, development partners ) and at produce level

The report noted that the bundling of digitally-enabled Agritech solutions was gaining popularity with some enterprises incorporating either third party or proprietary payment solutions. The report cited the use of Cellulant’s Tingg payments platform which powers Agrikore, as an example.

Africa’s Agritech market netted an estimated $143-million — out of a total addressable market of $2.6-billion in 2018 according to the report.