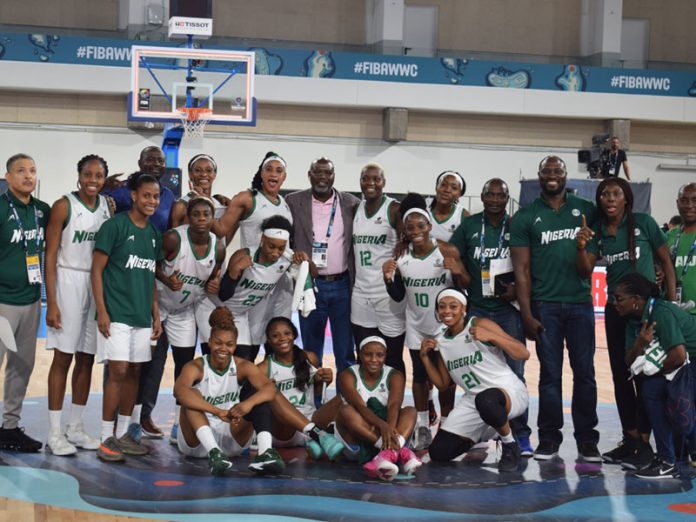 Reigning Women’s AfroBasket champions D’Tigress who got their title defence off to the perfect start with a crushing victory over Tunisia in Dakar on Saturday are warming up for an encore against Cameroon on Tuesday.

The D’Tigress are highly favoured to be the one automatic qualifier from Group B and can make certain of their knock-out spot by beating Cameroon on Tuesday.

Nigeria, who beat Senegal in the final two years ago, saw off the Tunisians 75-26 at the Dakar Arena to make the idea start in Group B.

Evelyn Akhator was a key figure in Bamako two years ago and indicated she could be a central figure in the Senegal capital too with a 13-point performance, including 10 rebounds and three steals.

The D’Tigress are without key 2017 players Ndidi Madu and Cecilia Okoye, who have retired from professional basketball.

Akhator remains a key figure however as they are favourites to finish above Cameroon and Tunisia in their group.

Mali also began their campaign in Group C with victory, beating two-time champions Angola 71-63 to start strongly in what has been subbed the “Group of Death”.

Group C contains three former champions, however, it was 2007 winners Mali who got the best of 2011 and 2013 victors Angola.

All three nations will have ambitions of topping the group, although Mali’s highly experienced squad – including five-time AfroBasket athlete Meiya Tirera – may give them an edge.

Cape Verde, Kenya and Mozambique are in Group D, with the latter side looking to finally break their title duck having been runners-up in 1986, 2003 and 2013.

Mozambique are favourites to top the pool, although both their rivals – competing at the finals for the first time since 2013 – will have their eyes on a potential upset.

Hosts Senegal will be eyeing a record 13th title at the International Basketball Federation (FIBA) Women’s Afrobasket in Dakar.

In the late game, hosts and favourites Senegal began their quest for a 13th Women’s AfroBasket title with victory over Ivory Coast in Group A.

Senegal made a nervous start and trailed 18-5 at the end of the first quarter, however they turned on the style with 50 points across the subsequent two periods to which Ivory Coast had no answer.

They will win the group with victory over Egypt on Tuesday.