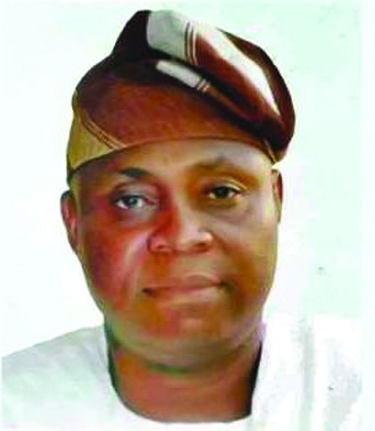 The setting recently was the 5th convocation and 1st Post Graduate convocation ceremony of the Adeleke University, Ede, Osun State. A convivial, congenial, exciting and lively event; a very unique ceremony like those before it. It paraded a galaxy of guests. This tribute is about an eminent Nigerian, who shuns publicity like a plague and would be pleasantly surprised reading this, which was a task that I found befitting to accord him. The Founder and Pro-Chancellor of the Adeleke University Dr. Adedeji Adeleke was full of gratitude to God for the grace of witnessing another graduation ceremony of his students – the Class of 2019, Christened – The Phoenix Class.

Speaking ex-tempore, Dr. Adeleke said, he was divinely inspired to talk from his mind. If the distinguished audience thought the Osun governorship journey would weigh down Dr. Adeleke, they were in for a shock. He held the audience spell-bound, when he told them, that he bore no bitterness about the outcome of the governorship debacle, which he pointedly said, has turned out to be the will of God. The urbane business mogul and educationist, affirmed that whether we are Christians or Muslims, when we put our requests before God, we do so with a rider – may thy will be done oh God. Dr. Adeleke therefore said the will of God had been done by the way it turned out and that he had put everything behind him and moved on.

He was of the conviction that two vital ingredients are still lacking in our democratic experience and experiment. These according to Dr. Adeleke, are lack of observance for the rule of law and zero tolerance for corruption. The Pro-Chancellor, Adeleke University, called on the 2019 graduands to strive strenuously, to follow the rule of law and imbibe zero tolerance for corruption, as they go into the “larger world”, so as to change the situation in the country for better, as they hold the ace for future development of Nigeria.

Dr. Adeleke, with every spirit of patriotism and nationalism in him, said he believes in Nigeria and the Nigeria project of indivisibility, peace and progress. Amidst loud ovation, Dr. Adeleke emphasised that Nigeria made him and he is prepared at all times to give it back to Nigeria with his multi-faceted investments, with a view to creating job opportunities for Nigerians. To buttress his belief and commitment to the Nigeria project, Dr. Adeleke informed the audience that though his children were born in the United States of America, he had compelled them all to live and work in Nigeria and contribute their quotas to her socio-economics development. And the icing on the cake! Dr. Adeleke, with all modesty, told the ecstatic guests, that he has a new power generation plant under construction, worth $2 billion, which will boost tremendously, power supply to homes and industries. This disclosure, received a standing ovation from the audience, which took a few minutes to die down.

As for the University steady development, he made it known that the second phase of the university, consists of a College of Medicine, which will come with a world-class Teaching Hospital, a modern sports arena and a 1500-capacity each, new male and female halls of residence, will be ready in course of time.

How mighty thou hath oh God of creation, for giving the like of Dr. Adeleke to Ede, Osun State, Nigeria and humanity generally. May you live long in good health to reap bountifully, the fruits of your labour.

And from grapevine, this writer was reliably informed, that despite the just concluded governorship turbulence, the Adeleke family went through, without bearing anybody any grudge or malice, Dr. Adeleke has concluded plans to set up a Ademola Adeleke Foundation, to serve as unquenchable channel for extending welfare programmes to communities in Osun State, without hindrance, colour, creed, political affiliation, tribe or religion. What a man with a golden heart and beautiful soul, you are Dr. Adeleke. A silent and modest philanthropist, who continues to render purposeful support to all and sundry, without attracting any attention to himself. I doff my hat, Chairman, as you are fondly called by your admirers.

See thou a man diligent in his work, he shall stand before kings and not before mean men. Professor Adamu Abdul-Rasheed, the Executive Secretary of National Universities Commission, in his remarks said in the process of Dr. Adeleke driving him and his Director of Public Affairs round the magnificent Adeleke University campus on the night of July 20, 2019, there was a point he got lost in thought, as to whether he was still in Nigeria or Florida in United States, having been carried away by sheer  opulence and ambience of the aesthetically finished buildings and network of roads in Adeleke University. Professor Adamu Abdul-Rasheed, was of the view that going by what he saw, Dr. Adeleke has already put in place an everlasting legacy, just as the USA third President, Thomas Jefferson, did as the Founder of University of Virginia, which according to him, Jefferson preferred to be written as his epitaph: “Here his Thomas Jefferson, Founder of University of Virginia” without emphasis on having been a former USA President.

Dr. Adeleke, he said, had carved a niche for himself, even in his lifetime. Professor Abdul-Rasheed Adamu, further highlighted that he was all the more impressed to have learnt that almost half of the students population, who though brilliant but indigent, would not have dreamt of passing through a world-class University like Adeleke, are on full or partial sponsorship of Dr. Adeleke. The NUC Executive Secretary, therefore advised the new graduates to reciprocate, Dr. Adeleke’s kind gesture by being good ambassadors of Adeleke University. The NUC Executive Secretary finally noted, that he and his team came, saw and were highly impressed.

On his part, Professor Ibrahim Agboola Gambari, a former Foreign Affairs Minister and United Nations Under Secretary-General, described Dr. Adeleke as a man of value, who has added value to humanity and education especially. He advised Nigerians to cultivate the principle of meritocracy and politics of inclusion, which are vital for peace. He called on the new graduates of Adeleke University to act locally, but think globally as was the case with Singapore, which rose from a third world country to a first world country, because it has dedicated and incorruptible leaders like Dr. Adeleke, who turned a vast bush at Ogberin in Ede, into an Eldorado; a master-piece of architectural edifices with suitable learning equipment and personnel.

And that is Dr. Adeleke, a legend and living encyclopedia of patriotism, nationalistic zeal, a phenomenon, entrepreneur par-excellence; a lover and promoter of peace; an embodiment of modesty, humility, and perseverance. A firm believer in Nigeria and everything that will make her grow in leaps and bounds without conflict.