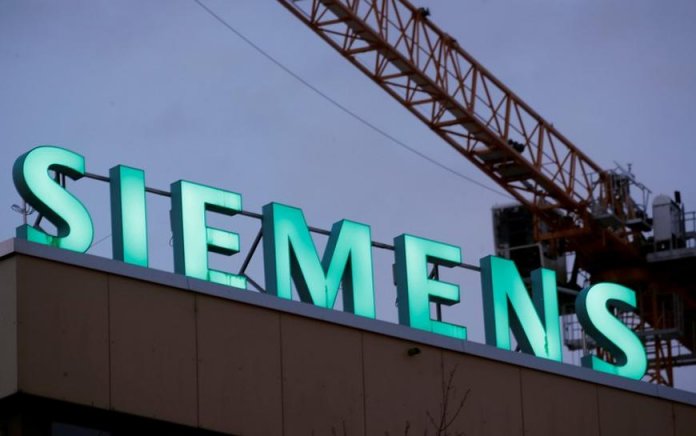 The federal government has received a comprehensive plan, ‘the Nigeria Electrification Roadmap: Technical and Commercial Proposal,’ from German power firm, Siemens, on how the firm would help raise the country’s power supply capacity to 25,000 megawatts (MW).

THISDAY gathered that the implementation of the plan might be led by the Bureau of Public Enterprises (BPE) on behalf of the government, with the Ministry of Power, Nigerian Electricity Regulatory Commission (NERC) and Nigerian Bulk Electricity Trading Plc (NBET), playing roles as well.

The proposal, which was sighted by THISDAY yesterday, contained what Siemens considered would be done to help Nigeria improve power supply from the grid in three phases of 7,000MW, 11,000MW, and 25,000MW over a period of six years.

It identified 103 upgrade and new projects to be implemented in 10 of the 11 distribution networks of the country, as well as plans to raise the country’s transmission infrastructure with complementary supervisory control and data acquisition (SCADA) system.

Siemens also offered to support the Nigerian National Petroleum Corporation (NNPC) build the three new power plants it had proposed in Abuja, Kaduna and Kano, to collectively produce 4,050MW of electricity when completed.

THISDAY gathered they would be part of the 25,000MW overall generation target in the Siemens proposal.

According to the document exclusively obtained by THISDAY, the plan in its phase one, will increase power delivered by additional 2,000MW, significantly reduce Aggregate Technical Commercial and Collection (ATC&C) losses of the Discos and achieve improved grid stability and reliability.

To achieve this, it will push to enhance the quality of the distribution networks and this will consist of swift supply of equipment needed for replacement and the immediate expansion, including upgrade of some substations.

“The first phase of the project will cover the supply of equipment required by the Discos for immediate use – Auto-Reclosure, Distribution Transformer, 11kV Air Insulated Switchgear, Ring Main Unit and, Compact Sub Station).

“During the up-gradation period, a mobile substation is considered with the aim to avoid power supply interruption to consumers. Civil work for building adaptation, distribution transformer platform or outdoor platform will be considered for some substations,” the proposal said.

Siemens noted that a previous study it conducted for the 33 kilovolt (kV) sub-transmission networks of some Discos showed that the 7,000MW power supply scenario for Nigeria in the first phase could be implemented successfully with only minor upgrades and extensions in the 33kV networks of the Discos.

The aim of the first phase, Siemens said, would be to initiate these projects as quickly as possible so there would be visible impact in the grid within the next two years.

In the second phase of the plan, Siemens said it would focus on a bulk expansion of new 33/11kV injection substation and continue to upgrade other existing substations.

It also said a SCADA for the 11 distribution companies would be implemented as well as a gas processing facility to generate 1,200MW of power from the country’s flare gas sites with 36 and 48 months. A 40MW embedded power plant would also be built in Abuja in this phase amongst others.

“The equipment considered in this proposal are environmental independent, reliable, maintenance free, compact, service friendly, flexible and tested in accordance with the international IEC standard,” it stated.

During the upgrading, nine projects would be implemented in the two phases in Eko Disco; 31 in Ikeja Disco; 14 in Abuja; five in Ibadan; two in Enugu and Port Harcourt respectively; as well as four in Jos, 23 in Kaduna, 14 in Kano and one in Benin. No upgrade or new project was slated for Yola Disco in any of the two phases.

For the third phase, the proposal showed that new substations would be scheduled as per long term strategy in line with expansion of the power generation and power transmission network.

The TCN, it added, would get support in its transmission expansion and upgrade projects as well as in setting up functional SCADA system for the grid.

“The objective of this phase is to increase the grid capacity from 11GW (expected to be realised from phases 1 and 2) to 25GW. In this phase, focus will be on additional transmission and distribution assets upgrade based on network studies and load demand, large scale power project.

“Nigerian National Petroleum Corporation (NNPC) is already in the process of developing AKK pipeline project and the establishment of power plants in Abuja, Kaduna, and Kano states. Siemens is happy to support the power plant projects, particularly to speed up this process to build new power capacity in northern region and Lagos area of Nigeria.

“The aim is to support the establishment of power projects within the AKK areas in northern Nigeria and Lagos area. The potential projects are Abuja: +1350MW, Kaduna: 1350MW, Kano: +1350MW, Lagos (Agura): +450MW,” it added.

It also said with the proposal, Nigeria would enjoy the benefit of having, ‘One basket supplier for generation, transmission, distribution and automation, state-of-the-art equipment of high-end quality, losses saving by considering Siemens’ early engagement and swift action, world presence, onshore and offshore.”