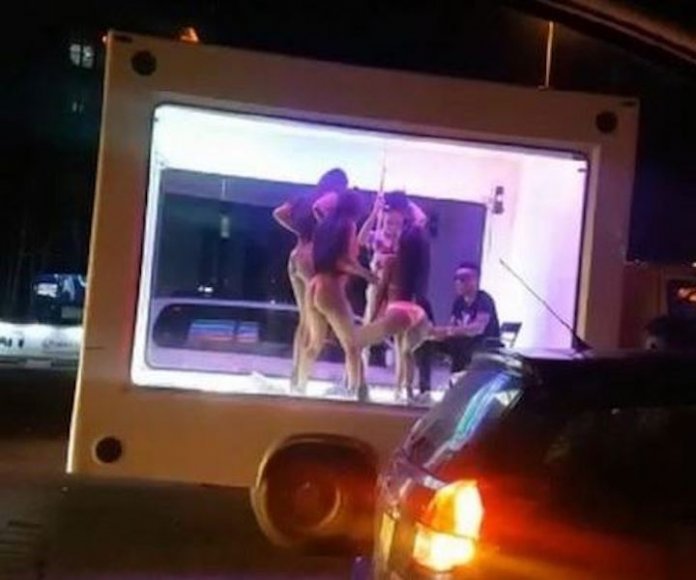 The Advertising Practitioners Council of Nigeria (APCON) has condemned the viral video of semi-nude ladies in a see-through mobile advertisement truck circulating on social media. The Council’s position was made known in a press release signed by Mr. Ijedi Iyorha, acting Registrar and Chief Executive.       The mobile advertisement for a yet-to-be identified product or service, said APCON, was exposed and driven along Lekki-Epe Expressway in Lagos.

“APCON strongly condemns the advertisement, which is grossly indecent, disrespectful to Nigeria’s culture and prepared with little or no sense of social responsibility.             “It violates the common principles of decency promoted in the Code of ethics of advertising practice and unnecessarily exploited and depicted unwholesome sexual behaviours,” said APCON.

The Council also disclosed that it has set in motion the process of ascertaining persons or advertising agency or organisations behind the act and will be working with other relevant government agencies and advertising stakeholders to ensure that those responsible are appropriately sanctioned to deter  such and similar forms of advertisements.

“APCON is committed to ensure that all advertisement in Nigeria or directed at the Nigerian market shall be legal, decent, honest, truthful, respectful and mindful of Nigeria’s culture, constitutional tenets and relevant lawful enactments as well as having a high sense of social responsibility,” the council added.