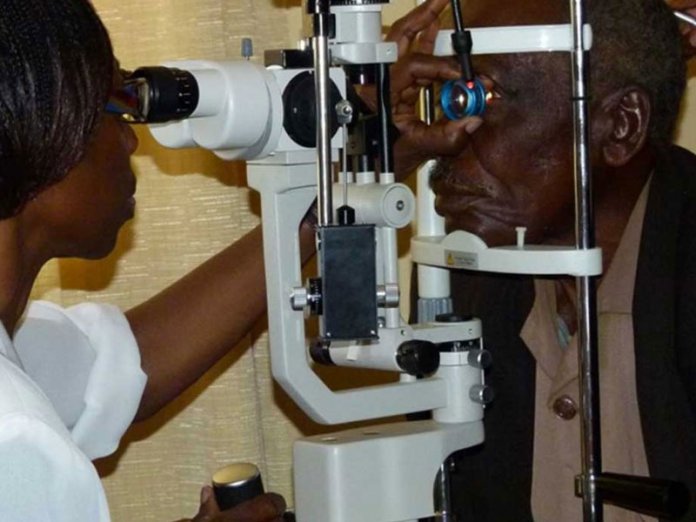 The Nigerian Optometric Association (NOA) has called on the federal government to provide more funding for the regulation of optometry practice in Nigeria.

The NOA said the call became necessary due to the humongous consequences refractive error and visual impairment has on the nation’s economy.

National President, NOA, Dr. Ozy Okonokhua, made the call at the weekend on behalf of his colleagues during the association’s National conference, and 43rd Annual General Meeting/EXPO in Calabar, Cross River State.

Okonokhua in his address gave commendation to President Muhammadu Buhari for approving the reconstitution and formal inauguration of the governing board of the Optometrists and Dispensing Opticians Registration Board of Nigeria (ODORBN).

The NOA president said the approval of a governing board for regulation of the practice of optometry has given impetus and verve for the board to function maximally.

However, he said there was need for the federal government to provide more funding for the regulation of the practice in the country.
“As government is pursuing the agenda of universal health coverage and the integration of eye health into primary healthcare, government should also take advantage of the existing human resource for the eye health in driving this initiative.

“The optometrist is the best trained primary eyecare provider that the eyecare team can boast of. The integration of the services into primary healthcare will greatly reduce the disease burden at the community level and thus ensure that the economic and productivity loss incident upon the rate of blindness and visual impairment is reduced to the barest minimum,” the president said.

Okonokhua said the conference which has the theme: “Achieving Universal Health Access to Eye Health: The Way Forward”, was a medium for them as a professional group to forge the bond with government and nongovernmental organisations, as well as captains of industries, to engender an atmosphere conducive for the total delivery of quality, affordable eyecare with a mindset of UHC.