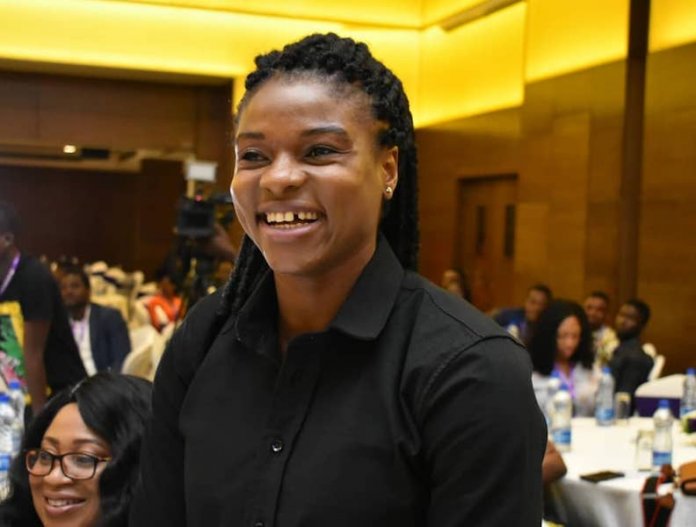 Super Falcons Captain, Desire Oparanozie has asked that the women’s senior national team be paid the same amount of money paid to the men’s national team, the Super Eagles.

She made the call at the 2019 Ladies In Sports (LIS) Conference held on Friday, July 26 at the Eko Hotels and Suites, Lagos.

“I think we deserve equal pay. We are the most successful female team in Africa. We have done the nation proud. I believe we will get there, one step at a time,” Oparanozie said.

The demands from Opanozie reflect those of the USA women’s team who began legal action against the US Soccer Federation over equal pay in March, four months before retaining the World Cup.

Similarly, Norway’s Ada Hegerberg, the reigning BBC Women’s Footballer of the Year and the first women’s Ballon d’Or winner last December, walked away from her national team in 2017 after growing increasingly frustrated with its set-up and what she called a “lack of respect” for female players.

Advocacy for equal pay was also muted in tennis when top female players led by Serena Williams advocate that they deserve same prize money from the famous All England tennis tournament, Wimbledon and at the end of the day, they won the battle.

Oparanozie also at the conference in Lagos called for the Nigeria Women’s Football League (NWFL) to be televised. “The Nigeria Football Federation must work on getting the women’s league on TV. With that, there will be more eyes on the league and sponsors can come in,” said the En Avant Guingamp striker.

With the theme “Keeping the barriers down”, athletes, journalists, administrators, coaches and many more witnessed the fourth edition of the annual conference founded by ace sports broadcaster, Tega Onojaife.

The NFF 1st Vice President, Seyi Akinwunmi opened the discussions on the importance of girls and women in sports, highlighting that sports women have to work harder to get recognition in today’s society.

“One of the things that can help Nigeria reach its potential is to give women opportunities in every area,” Akinwunmi said.

Jepkosgei talked about taking a break from sport to have her first child, returning and plans going forward.

“Being a mother is the best thing to have ever happened to me,” she said. “It has been a long way coming for me in athletics. I took a three-year break and I just won my first race last year.

“Biologically when you come back from a break, you become stronger. It’s the best thing to do but make sure you do it at the right time,” Jepkosgei said.

Coach Mercy Tagoe talked about her journey from being a footballer to a referee and a coach. Amanda Dlamini urged footballers to prepare for retirement, as that made it easier for her to transition into sports broadcasting after she hung up her boots.

“Football is not your whole life. You need to get yourself ready for retirement. I had to go to the university to ensure I could do something after I retired,” Dlamini said.

As it was done in previous editions of the conference, five athletes were given grants as a reward for excellent performances in their different sports in 2018.

The Head of Human Resource and CSR of Bet9ja, Kikky Boboye and law firm Aluko & Oyebode’s senior associate, Nta Ekpiken and many more spoke during the conference.