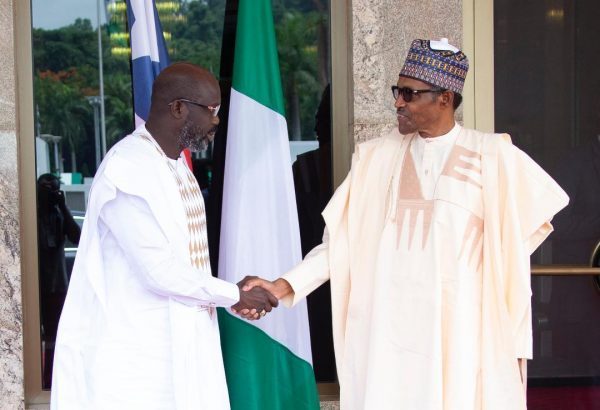 President Muhammadu Buhari has been conferred with “The Grand Cordon of the Knighthood of Venerable Order of the Pioneers”, Republic of Liberia’s highest national honour.

The president is the Special Guest of Honour at the country’s 172nd Independence Anniversary.

“The award is presented by the government for outstanding and distinguished service in international affairs, government, religion, art, science and commerce.

“It is also for singular acts of philanthropy and deeds of heroism and valour,” the president’s media aide Garba Shehu stated.

Buhari was accompanied by Governors Kayode Fayemi of Ekiti State, Abdulrahman Abdulrazaq of Kwara and Mai Mala Buni of Yobe.

Others on the president’s entourage were the Permanent Secretary, Ministry of Foreign Affairs, Ambassador Mustapha Sulaiman and other top government officials. (NAN)