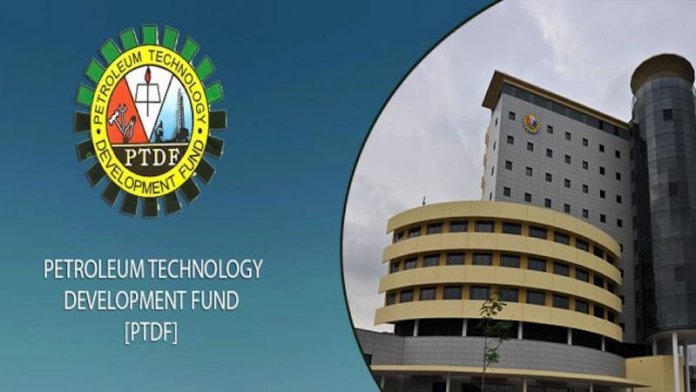 The Petroleum Technology Development Fund (PTDF) has expanded the Local Scholarship Scheme (LSS) from 23 universities to all the 40 federal universities in Nigeria from which it would select 555 masters and doctorate candidates across the country for the 2019/2020 session.

It said the scheme is a strategic programme, as it ties into the policy initiatives of domesticating most of its programmes in a few years to come.
The Manager, Education and Training, PTDF, Mrs. Rabi’ah Waziri-Adamu, while briefing journalists recently at the commencement of the selection interview for the LSS postgraduate programme across the six geo-political zones, said currently, “we have over 3,000 PhD and MSc candidates sitting for the interviews.

“As you know, we have decentralised the interview venue. This is just for the convenience of our applicants and over 370 candidates would be selected for the undergraduate section of the local scholarship scheme, while it would continue to fine-tune the scheme ahead of the gradual phase-out of the Overseas Scholarship Scheme (OSS).”

She disclosed that the LSS is a policy initiative and there is a deliberate attempt to expand the scheme. “This year, unlike previous years where we had just 23 universities participating in the programme, we have all the 40 federal universities participating in the programme and we are picking 370 MSC candidates from across the nation; that is 10 from each state including the Federal Capital Territory; we are also picking five PhD students from each of the states, including the FCT.

Waziri-Adamu stated that the PTDF also has an upgrade programme where it picks departments in some federal universities as well as state universities that have oil and gas-related programmes, or upgrade in human capacity and infrastructure, adding that the LSS is instituted in each of these upgraded departments.

She explained that the OSS, which it planned to phase out gradually, is a short-term measure to address the capacity gap in the Nigerian petroleum industry, adding that following the implementation of the OSS over the years, the PTDF had trained a significant number of lecturers and imbued them with many skills.

“We have so many Nigerians now that are participating in the oil and gas industry that the PTDF has trained. So we feel that the time has come for us to domesticate the programmes and then cut down on the numbers that we sponsor for the overseas scholarships.”

According to her, in the past two years, the PTDF had reviewed all the benefits for the LSS and made it more attractive. “We have included an aspect that caters for bench work for the PhD scholars; they go abroad and spend six months in a university that offers a programmed that is related to their research area. So they get a supervisor that would work with them abroad. For some of them, it is due to lack of equipment, for some it is because of the expertise that they find in the universities abroad.

“We also give provision for conferences. This is to encourage our local scholars to have an international aspect to their research. So once they have a paper that has been published or that they wish to present, we allow them to go anywhere in the world, as long as we know that the conference is oil and gas-related and it is of high standard; it is recognised in the industry. PTDF foots all the bills, including air tickets and then allowances that would pay for their accommodation while attending the conference.”