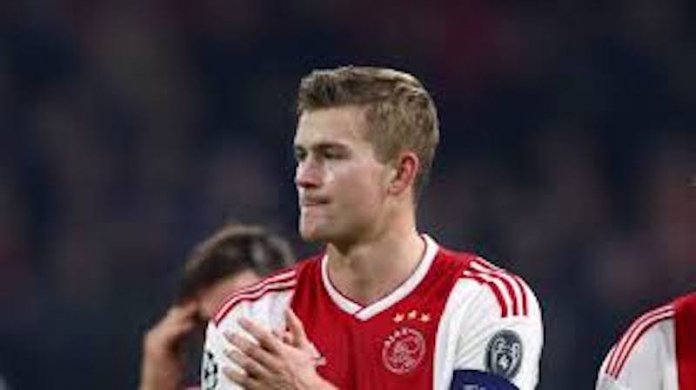 Ajax captain Matthijs de Ligt is set to fly to Turin on Tuesday to complete his move to Juventus.

It is thought the Italian champions will pay £67.5m for the 19-year-old defender, who led Ajax to the Champions League semi-finals last season.

The Netherlands centre-back had also been linked with Manchester United, Barcelona and Paris-St Germain.

In his three seasons at Ajax, he won the Eredivisie and the Dutch Cup, and was a Europa League finalist in 2017.

De Ligt scored eight goals in 77 league appearances for the Amsterdam club, who he joined at the age of nine.

He became the club’s youngest captain in March 2018.

He scored the winning goal against Juve to send Ajax through to the Champions League semi-finals, where they lost to Tottenham.

De Ligt made his debut for the Netherlands in March 2017, despite having started just two league games for Ajax at the time.

Manchester United are increasingly confident goalkeeper David de Gea will sign a new contract when they return from the pre-season tour of Australia and Asia.

De Gea, 28, is about to enter the final year of his deal and will be free to talk to clubs abroad from January.

However, talks resumed earlier this month and officials believe De Gea will commit to United long-term.

Manager Ole Gunnar Solskjaer has made two signings so far this summer.

Winger Daniel James joined from Swansea for £15m in June.

That was followed by the arrival of right-back Aaron Wan-Bissaka in a £50m deal from Crystal Palace.